During an interview on NTV, the FKF honcho claimed not even the intervention of Arsenal's Mikel Arteta or AS Roma's Jose Mourinho can salvage Stars from the jaws of defeat.

•The 34-year-old former Inter Milan midfielder, hit the headlines in 2019 when he unsuccessfully vied for the Kibra parliamentary seat in a by-election occasioned by the demise of former MP Ken Okoth.

•That was after rumours went viral he was eyeing the FKF presidency. 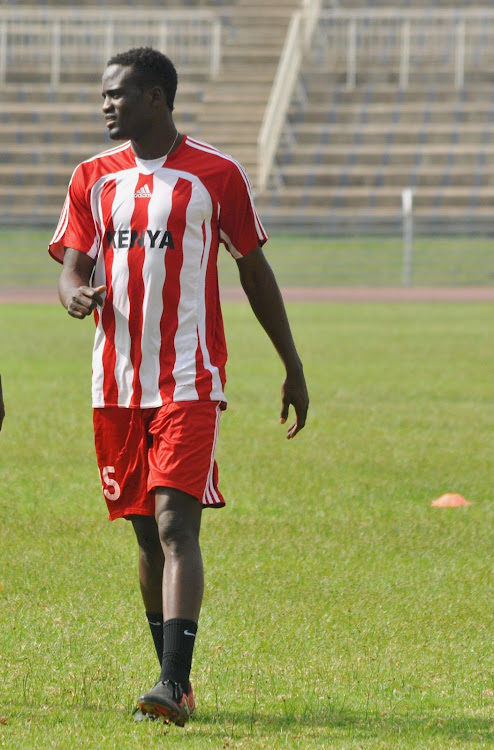 McDonald Mariga during his days with Harambee Stars
Image: FILE

The former Inter Milan midfielder said Mwendwa's sentiment during a live TV interview on Monday is an insult to past and present footballers who have worked hard for the country.

“I’m appalled by FKF President Nick Mwendwa sentiments made on live Tv that Kenya has no talented football players to compete with other nations. This is an insult and disrespect to the current, former and all upcoming footballers who have continuously suffered playing under his reign,” said Mariga.

The 34-year old said the country has nothing to show for in men's football during the president's seven-year reign.

"The players have shown immense pride and patriotism to represent the Kenyan flag in various international assignments and this is what they get in return. For seven years under his leadership, Football in Kenya has gone backwards and no progress whatsoever and for that, We demand for his immediate apology and resignation as FKF boss," Mariga wrote on Twitter.

During the interview on NTV, the FKF honcho claimed not even the intervention of Arsenal's Mikel Arteta or AS Roma's Jose Mourinho can salvage Harambee Stars from the jaws of defeat because the current crop of players are below par.

“Even if you bring Mourinho, even if you bring Arteta here, the work that needs to be done is that we need to bring the talent on the table, for you to win we need quality players,” Mwendwa said.

His outbursts came a day after Stars suffered their second consecutive defeat at the hands of the high-riding Les Aigles.

Mali drubbed Kenya 5-0 in Morocco in the first leg encounter before pipping the East African nation 1-0  in their own backyard in the repeat tie at Nyayo Stadium on Sunday.

The outcome sent Harambee Stars packing from the continental showpiece that is being staged to identify Africa's representatives in the forthcoming World Cup slated for Qatar next year.

The FKF boss said the only way to break the jinx would be to lay down effective youth development structures.