•Sitting in fourth place in Group B with only the top two teams guaranteed to advance to Qatar next year, Japan’s current predicament carries echoes of that fraught campaign. 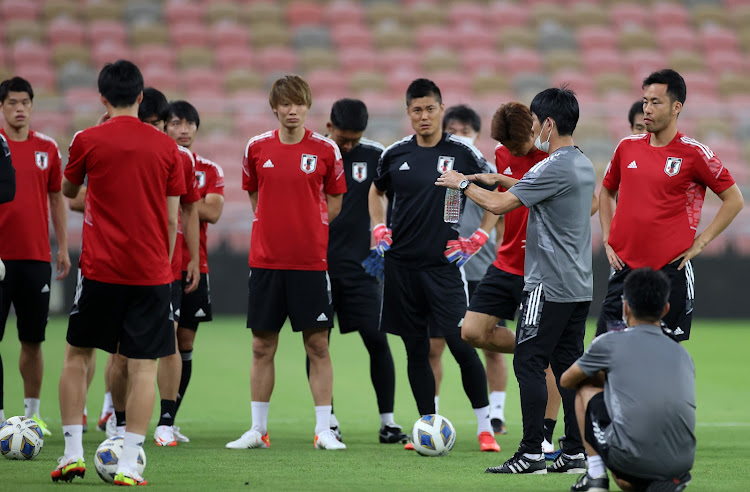 With one win from three matches in the final round of Asia’s World Cup preliminaries, Hajime Moriyasu leads Japan into Tuesday’s meeting with Australia knowing his side must win to reignite their challenge and dampen speculation over his future.

The Japanese have qualified for every World Cup since their debut in France in 1998, when a team led by Takeshi Okada was forced into a playoff with Iran before confirming their berth in their first-ever finals appearance.

Sitting in fourth place in Group B with only the top two teams guaranteed to advance to Qatar next year, Japan’s current predicament carries echoes of that fraught campaign.

In October 1997, during a swing through central Asia, Shu Kamo was fired following a draw with Kazakhstan and was replaced by his assistant, Okada, who eventually oversaw an upturn in fortunes that took the Japanese to France.

A similar scenario could play out in the ongoing qualifiers, with scrutiny of Moriyasu intensifying after losses to Oman and Saudi Arabia in their opening three games and a date with the unbeaten Socceroos looming.

“The Japanese no doubt have all the pressure on them because they have only won one game out of three,” Australia coach Graham Arnold said ahead of the meeting at Saitama Stadium.

“Every time we step out on the field we expect to win the game... and we will do that again on Tuesday.”

Japan face an Australia side that have won a record 11 straight matches in qualifying for Qatar 2022 and Moriyasu will again be without the talents of Mallorca’s Takefusa Kubo.

The Samurai Blue have struggled in attack, with their only goal coming via Yuya Osako in last month’s 1-0 win over China. Should Japan fail, three points out of 12 would force the football authorities into a decision over Moriyasu’s future.

Australia lead Group B on goal difference from the Saudis, who host China in Jeddah on Tuesday after Li Tie’s side picked up their first win of the campaign against Vietnam. The Vietnamese, the only team yet to claim a point, take on Oman in Muscat.

The top two in Group A will face off in Tehran when Iran’s perfect start will be tested by Paulo Bento’s South Korea, who will be hoping Son Heung-min can shake off a knock picked up in the win over Syria to start.

Iran sit on nine points and lead the Koreans by two points, with the rest of the group trailing by a distance.

Only the top two finishers in each group will advance automatically to the World Cup finals, with the third placed teams entering into a series of playoffs for a possible fifth Asian berth.