Neema, a defender by trade, was signed from Nakuru West Queens while attacking midfielder Nafula joined from Swedish side Dalhme IF.

• Vihiga are short of options in central defense and have been reliant on the ever present and injury-free Lilian Nasaka and Phoeby Owiti for solidity.

• Playing time is earned, they'll have to prove their worth in training and fight for their position going forward 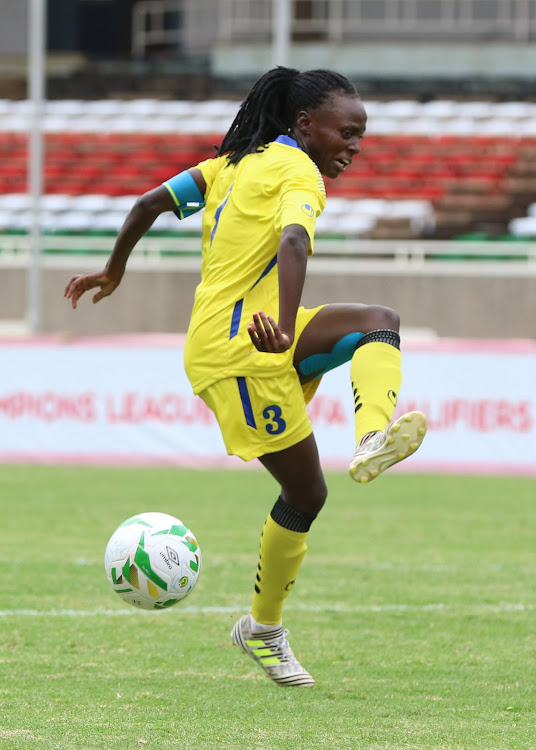 Vihiga Queens coach Boniface Nyamunyamu has challenged new signings Dorcus Neema and Christine Nafula to fight for their slots in the talent-rich squad as the team prepares for the inaugural Africa Champions League.

Neema, a defender by trade, was signed from Nakuru West Queens while attacking midfielder Nafula joined from Swedish side Dalhme IF.

Nyamunyamu believes the pair will not only bring competition to the squad but add to their depth ahead of next month's continental showpiece in Egypt.

Vihiga were short of options in central defence and have been reliant on Lilian Nasaka and Phoebe Owiti for solidity. Nafula will relieve the creative burden off the shoulders of the diminutive Maurine Achieng.

"They are now our players but need to have high standards playing for Queens. Playing time is earned and they'll have to prove their worth in training and fight for their position going forward," Nyamunyamu observed.

"Nafula adds creativity and goal-scoring abilities in midfield. She has bagged goals in Sweden and her European experience will be of pristine value," said Nyamunyamu.

"Depending on opposition and formation, she can play together with Achieng but she brings a new dimension to the team. I feared Achieng could experience burn-out after playing in almost all matches."

In the meantime, Zetech Sparks coach Benard Kitolo has said his team is dreaming of a flying start to the 2021/22 season after addressing their weaknesses by signing five players.

"I am happy with how pre-season is going. The goalkeeping and striking departments are sorted and we have a strong bench as well. We hope to start the season on a high," said Kitolo.

The fixtures are yet to be released with the Women's Premier League set to kick off on October 30.