Shikobe eager to get started in Cyprus

• It will be the first time Shikobe,31, plies trade outside the country. 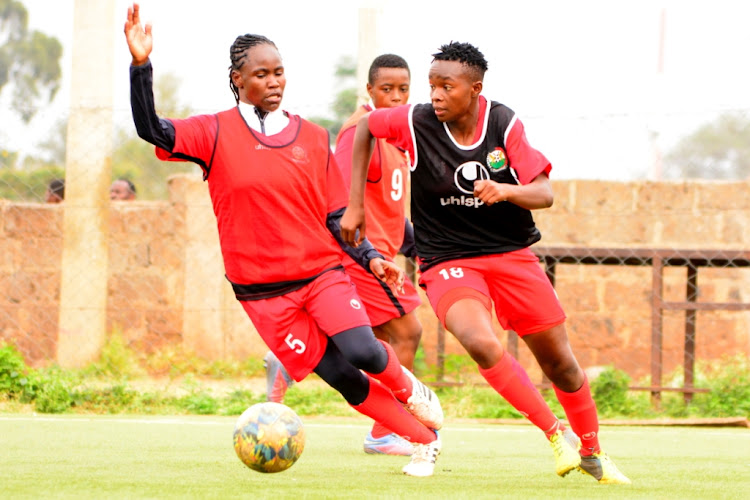 Harambee Starlets' Dorcas Shikobe contests for the ball with Cynthia Shilwatso during a past training session at Camp Toyoyo
Image: FILE

Harambee Starlets captain Dorcas Shikobe has expressed her readiness ahead of her debut with Lakatamia FC — eleven days before the Cyprus Women first division league kicks off.

It will be the first time Shikobe,31, plies her trade outside the country. She was a cornerstone at the Benta Achieng-led Thika side as they brought Vihiga Queens' dominance to an end.

The former Oserian Ladies FC player claims she has fully adjusted to the new environment and cannot wait to take to the field when Lakatamia travel to Apollon Lympion on September 26.

"The kick-off is around the corner and I can't wait to get started. I feel I have adequately adapted to my new home," Shikobe told the Star.

Shikobe will look to impress in the hope of featuring in their first home match, against Nea Salamis on  October 3, before settling scores with Lefkothea, Omonia Nicosia and Apollon Limassol during the month.

Shikobe, a ball-playing defender, has been part of the national team since 2015, competing at the 2016 Africa Women Cup of Nations (Awcon) in Cameroon.

She guided Starlets to winning the Council of East and Central Africa Football Association (CECAFA) title in 2019 as Kenya pipped  Tanzania 2-0 in the final played at the Chamazi Stadium in Dar es Salaam.

Shikobe, whose leadership attributes will be missed by Thika, was also part of the Starlets side that fell at the penultimate stage of the African Olympic qualifiers with Zambia booking the continental ticket to the quadrennial games.