Bunyore to beef up squad ahead of top flight appearance

Bunyore join Royal Starlets who emerged second in Zone B

• The tactician said they will beef up all areas save for the midfield where they are well equipped.. 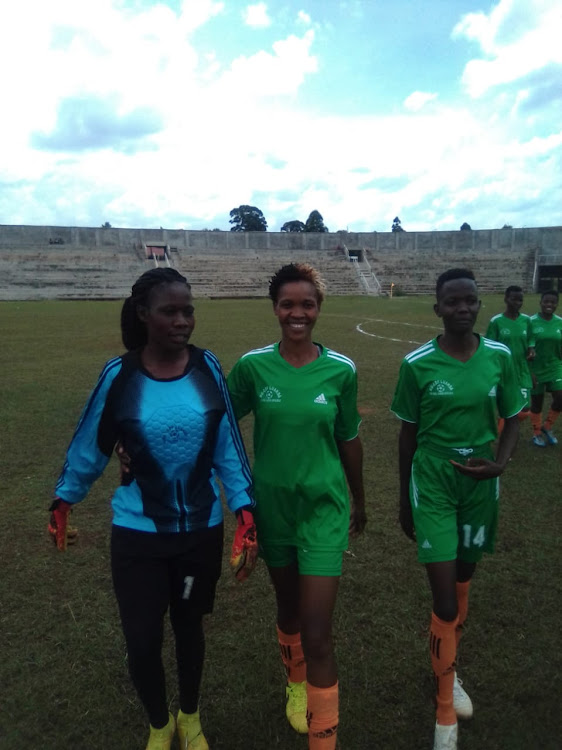 Bunyore Starlets are planning to beef up their squad as they prepare to make their debut in the Kenya Women's Premier League next season.

Bunyore beat Solasa Stima Queens 3-1 in the Division One decider on Saturday to seal the remaining promotion slot. Bunyore join Royal Starlets who emerged second in Zone B.

Coach Zacharia Amakhanga said in order for the team to maintain their status in WPL, they will have to recruit 10 new players besides the current squad of 20.

The tactician said they will beef up all areas save for the midfield where they are well equipped. He, however, said they won't release any of their current players since the team needs depth.

"We need at least 10 players. One more goalkeeper will make the team complete in the goalkeeping department since we only have two. We also need more depth in defence and attack if we are to compete at high level," Amakhanga said.

He added: "The team is spoilt for choice in midfield. Bench power is very important in case of injuries and suspensions. We won't drop any of our players because they have been very instrumental in our promotion quest."

Bunyore garnered 40 p0ints in 16 matches to finish top of the table. Amakhanga said they are talking to corporates to try help bankroll the team.  He added that Bunyore have been depending on contributions from well wishers and the Vihiga County Sports Fund.

"Our fans have been our biggest financial supporters. They have stuck with the team all through. Vihiga County Sports Fund has also come in handy and we appreciate a lot," he noted.

"Talks with betting firm Odibets are progressing well and we are optimistic of a positive response. We are also trying to look at other alternatives."