Mbungo was on top of his game in August where he guided his side to a record four wins in five matches.

•Bandari pipped champions Tusker 2-1 at Mbaraki Stadium on August 4 before running over 2008 champions Mathare United with an emphatic 3-0 win at Mbaraki, Mombasa on August 14.

•Both Mbung’o and Mwita walked away with a cool Sh50,000 and a personalized trophy each. 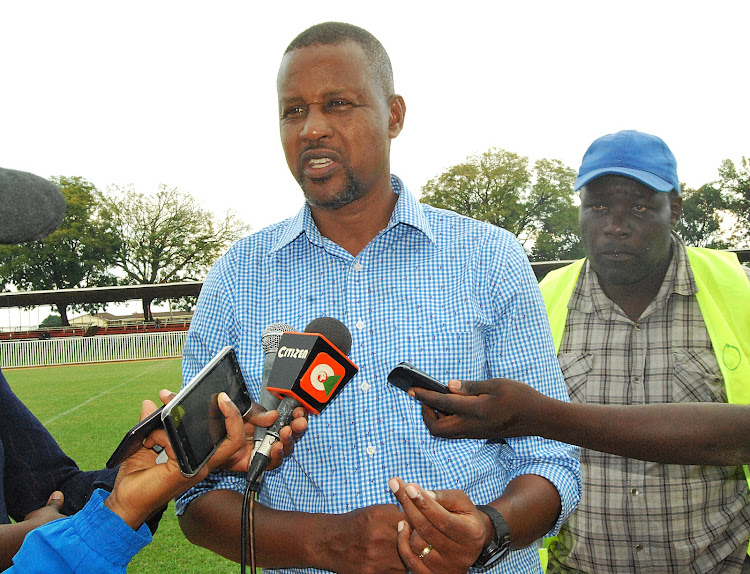 Bandari duo of coach Casa Mbung’o and striker Johana Mwita are the Kenyan Premier League coach and player for the month of August respectively.

It is the second time the Uganda-born Rwandese coach is bagging the award, having been feted in January, the same month he joined the dockers from Gasogi United of Rwanda.

Mbungo was roped in to replace Kenneth Odhiambo who decamped to Sofapaka. He was on top of his game in August where he guided his side to a record four wins in five matches.

"I thank God, Bandari leadership and the players who have done a commendable job and enabled me to be feted. We look to more awards of this nature every other month. Today, it's Mwita and we hope tomorrow it will be someone else from the club," said Mbungo.

"We are preparing for next season and it's my hope that the players will be able to perform much better than the last."

"I wish to thank God, members of the technical bench as well as my fellow players because without them I wouldn't have won this award. I appreciate them so much."

"My aim is to play for the national team in the near future and I'll continue to work even harder to earn a call-up," he added.

Rivals Sofapaka slowed down their momentum with a two-all draw at Wundanyi Stadium, Taita Taveta County on August 18 later but they found their footing again to see off Wazito 2-0 at Thika Sub County Stadium in their final encounter of the season on August 22.

On his part, Mwita is finally reaping the fruits of his hard work after linking up with the dockers in 2019, from the now-defunct Sony Sugar.

He went on to blast the back of the net four times and provided one assist, all in the month of August.

Both Mbung’o and Mwita walked away with Sh50,000 and a personalised trophy each.