The meteoric rise of the region in football is best captured by Vihiga Queens’ historic win in the inaugural Cecafa Women's qualifiers that concluded on Thursday.

•Vihiga County Executive Committee Member for Youth, Gender, and Sports, Mrs. Felistus Okumu say they usually assess the priorities of the clubs in the county to help them perform well in their respective competitions. 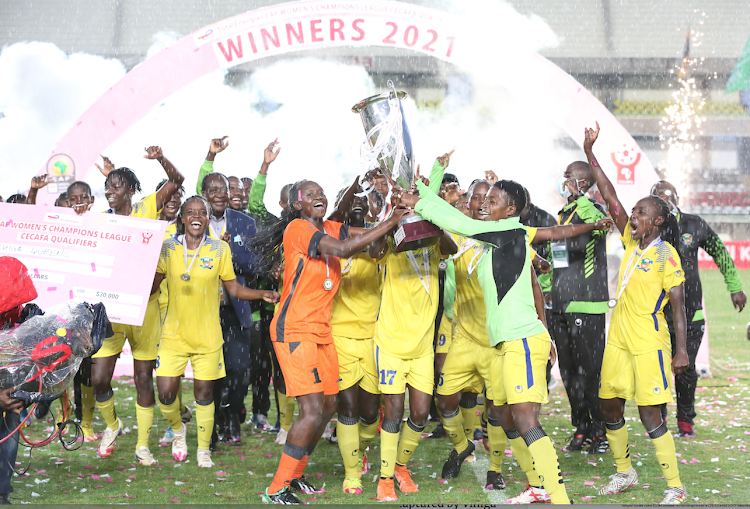 The events unfolding in western Kenya and particularly in Vihiga county bear a stark semblance to The Renaissance.

From 14th century to the 17th century, the Renaissance promoted the rediscovery of classical philosophy, literature and art.

Indeed, football in Western Kenya is developing in a phenomenal way that can compare to some sort of a rebirth. As we speak, the region boasts of having four teams in the Kenyan Premier League. They include, Kakamega Homeboyz, Vihiga United, Nzoia Sugar and now, the newly promoted Vihiga Bullets.

What more, Vihiga Queens have also been proudly flying the region's flag in the Kenya Women's Premier League.

The meteoric rise of the region in football is best captured by Vihiga Queens’ historic win in the inaugural Cecafa Women's qualifiers that concluded at Moi Stadium, Kasarani on Thursday.

The success of Vihiga Queens on the regional platform was meticulously designed. We gleaned from a set of interviews that the county government has invested heavily in the successes of the teams.

For instance, Vihiga Queens received a major financial assurance from Vihiga County as they intensified preparations for the Cecafa Women's Championships. 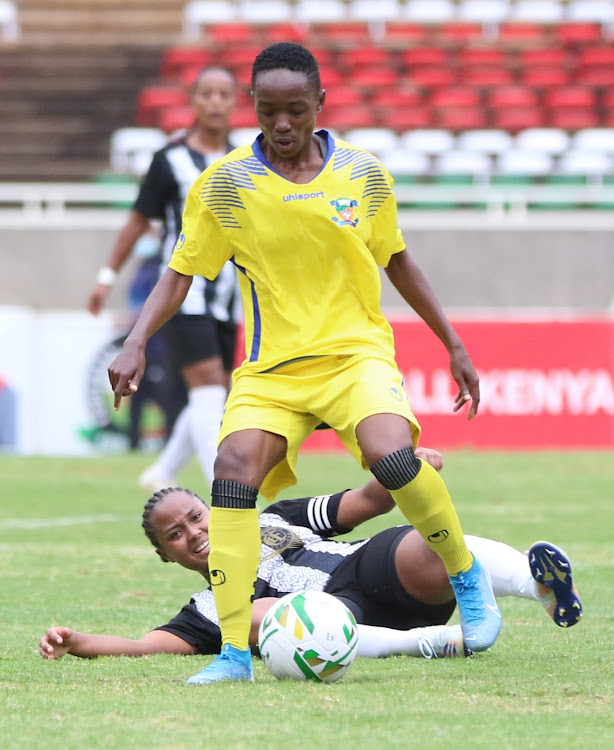 The team was in urgent need of a whopping Sh4million budget to feature successfully in the regional showpiece.

Vihiga County Executive Committee Member for Youth, Gender, and Sports, Mrs. Felistus Okumu say they usually assess the priorities of the clubs in the county to help them perform well in their respective competitions.

"We will not hesitate at any time to release funds to the team, should need arise," she noted.

“It’s part of our responsibility to support the team because they are our greatest ambassadors. At the moment, all counties are suffering due to lack of funds. However, we remain hopeful something good will come up before the end of this month," she added.

She added: "We will strive to do our best and support all our teams but remember it depends on the national government and the controller of budget. Once things are done the sports committee will sit with the management of the team and see how best they can give their support,” said Okumu

Immediate former coach Alex Alumira also reiterated the importance of financial support, saying without it the team would have experienced a rough patch in their journey to the Cecafa Championship.

“With the quality the team have, they stand a better chance not only to win the championship but also progress to Morocco for Caf Championship. However, proper funding will be key,” Alumira had pointed out.

Vihiga County Governor Wilberforce Otichilo said his office would continue to give the necessary support to all clubs from the county that ply trade in the country's top competitions. 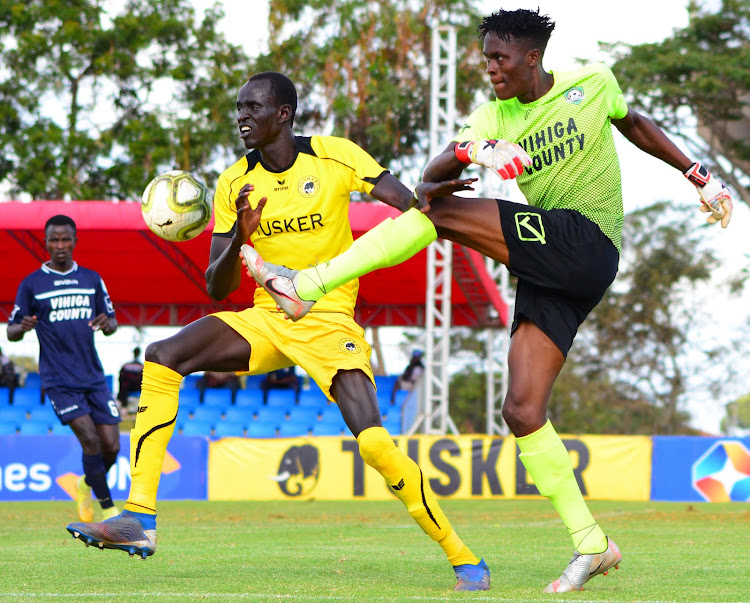 “We are proud of Vihiga Queens and their achievements in the past four years."

"Bagging the WPL title for three consecutive times is no mean feat for our Queens. They have blossomed locally and it’s time to show their mettle internationally. As the leadership of Vihiga, we are fully behind our team," he added.

"We are the only county with a sports fund in the entire nation and we are very proud to accommodate sports in our annual budget.”

Otichilo urged the national government to invest more in sports to enable athletes realise their dreams. He said his government will pump more money to sports next year.

“We are planning for another fund for performing arts. Vihiga is a cradle for football, athletics and other sports and therefore, we will increase our sports funding by 50 per cent in the next financial budget.”

There is some more good news for the county after Vihiga Bullets qualified for next season's Football Kenya Federation Premier League (FKF-PL) after finishing second in the National Super League season that ended last Sunday.

The side secured a 2-0 win in their final fixture against Nairobi's Kibera Black Stars at Bukhungu Stadium to wrap up the season with 64 points from 37 matches, consequently cementing the second automatic promotion slot after champions Talanta. 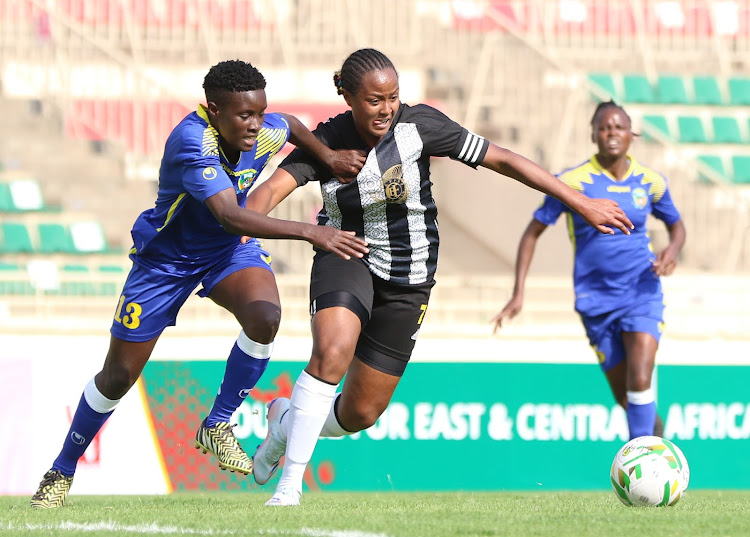 The move came after the former Kenyan Premier League champions were relegated from the National Super League in the previous season largely due to financial constraints.

Following their acquisition, the team shifted their base to Hamisi Grounds, Vihiga and embarked on a rigorous promotion campaign right from the Division One league.

Incidentally, Akaranga had a deep passion for football. His involvement with the game began way back when under his reign as governor, he ensured Vihiga United gained promotion to the Kenyan Premier League by offering them steady financial support.

However, he had to sever links with the side as soon as he was ousted in the subsequent elections and an entirely new office under the captainship of Wilberforce Otichilo rode to power. Sources said Akaranga’s efforts to continue supporting the team proved futile as the new office took over the project.

On the other hand, Vihiga United are staring at relegation after gaining promotion to the top tier for a second time in 2019.

But head coach Mike Muiruri holds on to the conviction his charges possess the capacity to pull off a major surprise as they frantically fight tooth and nail to fend off demotion. They have a date with National Super League side Kenya Police in the promotion/relegation playoffs later in the month.

Muiruri reiterated there was absolutely nothing to hold off the side from putting up a good fight in their two encounters against the law enforcers, given the financial challenges that had initially punctured their morale have fizzled out.

"Ever since I joined the club in May, neither the coaches nor the players have gone without a salary. As we speak, all the players have been paid their full salaries for June and July and certainly, any issues revolving around salaries wouldn't be an excuse not to perform at all," he said.

Despite their achievements, clubs from the county have experienced a share of their hiccups. For instance, Muiruri was brought on board after his predecessor Sammy Okoth dumped the side in a huff after citing financial constraints that made it difficult for the team to register meaningful results.

On January 11, Yakhama and head coach Sammy Okoth tendered their resignation letters to club management after allegedly toiling for six months without pay.

Then on May 15 Vihiga United appointed Muiruri after Okoth failed to report to work after raising concerns about the club's financial constraints which he said made their survival in the top-flight league difficult.