Vihiga Queens' captain Enez Mango expects quality competition but said the experience gained in the qualifiers will be vital for them.

•Malabo Ladies of Equatorial Guinea  and DR Congo's FCF Amani will play the second leg on Sunday to determine the winner with the former 4-1 winners in the first leg. 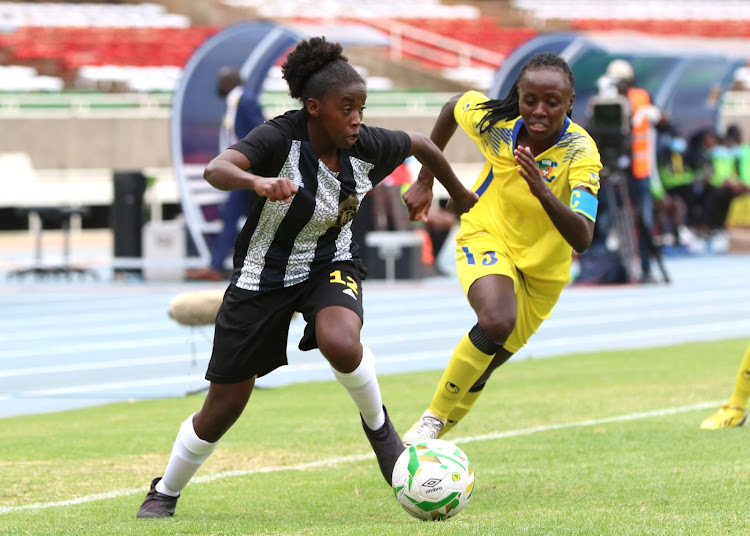 Vihiga Queens are not worried about the prospect of facing the bogey North and West African opposition in Caf Women's Champions League in Egypt, November.

Malabo Ladies of Equatorial Guinea  and DR Congo's FCF Amani will play the second leg on Sunday to determine the winner with the former 4-1 winners in the first leg. The eight teams will be divided into two groups of four with the top two teams in each group advancing to the semi finals.

Vihiga Queens' captain Enez Mango expects quality competition but said the experience gained in the qualifiers will be vital for them.

Having tested themselves against Commercial Bank of Ethiopia and Simba Queens,both considered worthy opponents, Vihiga are ready to cut their teeth in the continent's premier competition.

"We know the higher you go the cooler it becomes but we are unfazed about who we will be pooled against. Every team that qualified  deserves respect and therefore we are ready," said Mango.

She added: "The Cecafa qualifiers have been cut-throat and the knowledge gained is invaluable. We are going to prepare well and rectify our mistakes."

Mango recalled the mental trauma they underwent after suffering a shock 4-2 opening day defeat against CBE. "All the same we knew wins against Yei Joint Stars and New Generation would grant us semi-final slot and we prepared ourselves psychologically," she added.

"The loss was a reality check on our preparedness but I am happy we didn't lose our heads despite the setback.

"We had to make a major comeback and the 11-0 win against South Sudan was a statement that we meant business," revealed the 28-year -old left-back who has lifted three national titles with Queens.

Queens were victorious in 2017, 2018 and 2019 but failed to defend their national title this year with long serving tactician Alex Alumira parting ways with the club last month after a trophy laden career.

According to Mango, the failed title defence was a motivation to the team with the players eager to prove doubters wrong.

"We were ready to make amends after out title defence went up in smoke. I have lifted the premier league title thrice but this Cecafa trophy is so special because we will be playing in continental club competition for the first time," said Mango.