Wanga hints at taking a stab at FKF presidency

He goes down in history as the Kenyan Premier League player to have blasted the back of the net the most number of times so far with 97 goals.

•Wanga said he was strutting out with his head held high as the most decorated Kenya top-flight footballer.

•Wanga, 35, last featured for Kakamega Homeboyz and his final assignment was during their 2-1 loss to Bandari at Bukhungu Stadium 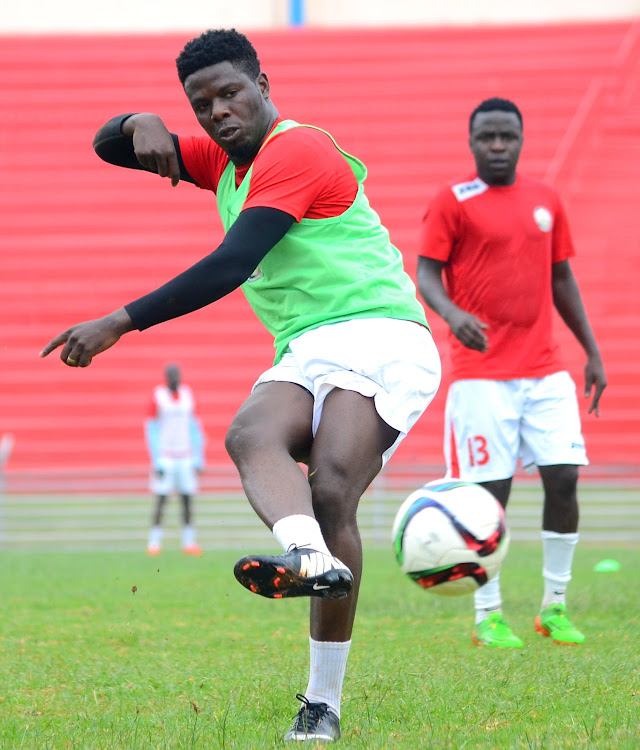 But the local football fraternity might not be seeing the last of him just yet, given the legendary former Harambee Stars forward has now hinted he could possibly announce his candidature for Football Kenya Federation presidency in the future.

Wanga, 35, last featured for Kakamega Homeboyz and his final assignment was during their 2-1 loss to Bandari at Bukhungu Stadium, where he came off in the 75th minute for Kingsley Fasanmi.

He sat out in the side's last two encounters of the season where they were thumped 3-1 by Vihiga United at Bukhungu before they went on to edge AFC Leopards 3-2 at Thika Stadium.

Wanga says he is strutting out of top-flight podium with his head held high as the most decorated Kenya top-flight footballer.

He goes down in history as the Kenyan Premier League player to have blasted the back of the net the most number of times so far with 97 goals.

Only immediate former Sofapaka centre-forward Kepha Aswani, who has scored 67 in all his appearances, comes a little bit closer to his record.

"It's high time we gave the upcoming generation an opportunity to display their talent. I still have enough strength that can enable me play for another two seasons but to be fair, others also need to be seen around," said Wanga.

"I've won everything. This season and last season, I really wanted to win the league with Kakamega Homeboyz. One thing I've not mentioned is that I won something with each of the teams I previously featured for. That notwithstanding, I need to make a way so that other Wangas can be nurtured," he said.

The striker said he would consider taking a stab at the Football Kenya Federation presidency should opportunity arise, and at the right time.

"Let's see what the future holds. Things need to be turned around as far as the country's football is concerned. As things stand now, I wouldn't advise my own son to pursue a career in football in Kenya, he'd rather just concentrate on academics," said Wanga.

The father of two now says he will shift focus to his job at the County Government of Kakamega, where he is the assistant director of sports.

"I like planning my life. For now, I want to focus on my job at the county. I've been multi-tasking quite a lot and I think I should start concentrating on my job at Kakamega County government," said Wanga.

So brilliant was his exploits on the pitch that he would later ply trade for Tusker, AFC Leopards, Sofapaka and Kakamega Homeboyz in the Kenyan Premier League.

Wanga boasts of several feathers in his cap, having twice bagged the golden boot award both in 2007 and 2019. He helped fire Tusker to the premiership title  in 2007 and 2016. He also clinched the GOtv Shield with AFC Leopards and Tusker.