Vihiga lost 4-2 to the same opposition in the opening match with Queens susceptible defending proving costly in the heavy defeat.

• The team is set for the final and the girls are highly motivated especially coming up against an opponent that beat us previously-Nyamunyamu.

• Vihiga will rely on the services of Maureen Achieng who has seven goals to her name. 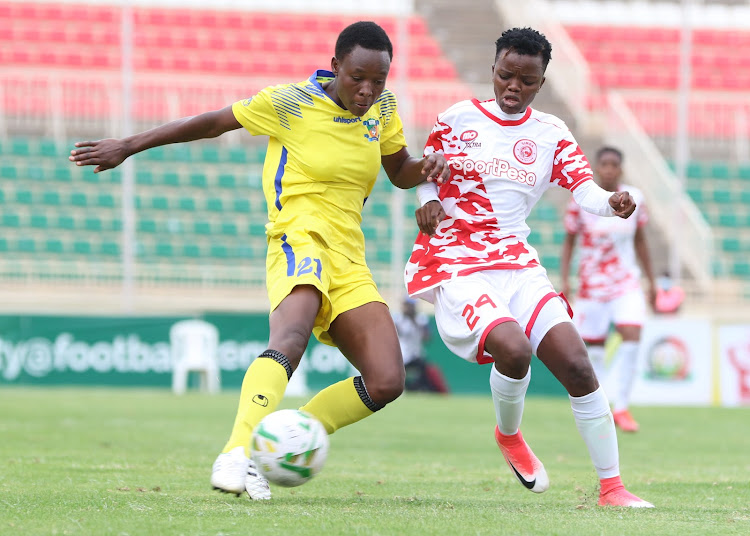 Vihiga Queens coach Boniface Nyamunyamu believes they have a chance to win the title after making amends ahead of their Caf Women's Champions League Cecafa qualifiers final against Commercial Bank of Ethiopia on Thursday.

Vihiga lost 4-2 to the same opposition in the opening match with Queens susceptible defending proving costly in the heavy defeat.

The winner of the final will represent Eastern Africa region in the inaugural competition in Egypt later in the year.

"The team is set for the final and the girls are highly motivated especially coming up against a team that beat us in the opener. We have rectified the mess in the first match and the final will be a different ball game altogether," Nyamunyamu said.

"We have a fully fit team and irrespective of the match venue, the players will put their best foot forward in the hope of winning the match."

His counterpart Heye Gizawu said their previous win against Vihiga counts for nothing. "Anything is possible in the final but we will take a tactical approach," he noted.

CBE have been faultless in their run to the final and hold the second best defensive record after conceding only twice.

"We have been working for many years to be in this stage and so, let's wait for the kick off. These are two strong teams with equal chances and  therefore,  the match promises thrills," he said.

"Yes, we beat them and I know they have a point to prove at home. We will make some tactical changes and we are prepared for any outcome. Losing won't be a disappointment but instead, it will provide the team with the foundation to build for the future."

Vihiga will heavily rely on the services of Maureen Achieng who has seven goals to her name. Jentrix Shikangwa and Tereza Engesha with five and three respectively will also be expected to rise to the occasion.

CBE captain Loza Geinore-the tournament's top scorer with  13 goals will be a big threat to Kenya. Her combination with Medina Awol has been the highlight of the bankers' impressive show. Geinore is also in contention for the Most Valuable Player award.