Despite all that talent at his disposal, for unknown reasons, Mulee seems bent on giving Olunga all the limelight.

•Traditionally, Harambee Stars have always appeared more comfortable and effective building up play from the back.

•We’ve witnessed few moments of brilliance in the middle third of the pitch and rarely have we seen crosses being whipped in from the flanks in the last two qualifiers. 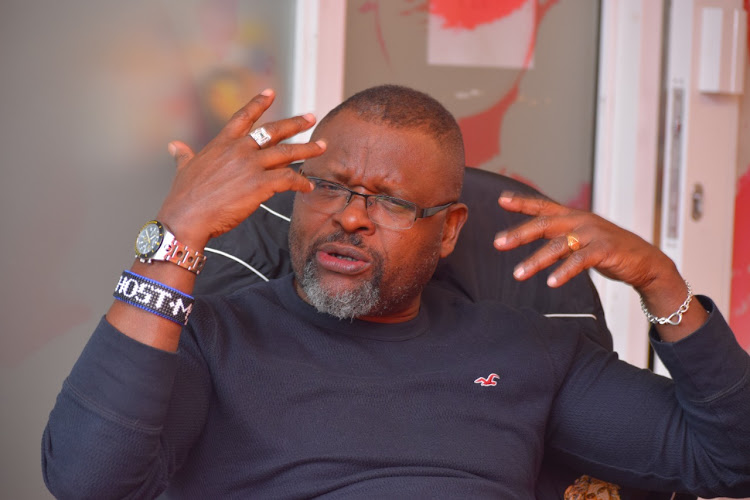 The protests against Kenya's arguably most decorated tactician have become even more sustained and pronounced on social media following two consecutive drab draws against Uganda and Rwanda in the Group “E” World Cup qualifiers.

However, they've given an average performance so far against the two nations considered to be the weakest in the group, and questions abound if Stars can actually pull off anything significant in their next match against a more talented Malian side.

Kenya had a glorious opportunity to slaughter Uganda at home but an obvious bluntness in front of goal cost them maximum points. In Kigali, they squandered an early lead to share spoils with hosts Rwanda.

Mulee appears to prefer the typical English style of play where the goalkeeper and the centre-backs pick out the striker directly with long balls. It's a type of football that places huge physical demands on players given they are expected to constantly make explosive inroads into the opponent's territory.

That's why the midfielders have been under-utilised and reduced to mere spectators on the pitch as, most of the time, Stars' custodian Ian Otieno lobs the ball above their heads in search of Olunga.

Traditionally, Harambee Stars have always appeared more comfortable and effective building up play from the back. Moreover, competent tacticians usually peg team formation on the strength of the available personnel.

Currently, Mulee boasts of players who are strong on the flanks, including Dan Sakari who has provided several assists for top scorer Eric Kapaito in the just concluded Kenyan Premier League season.

Then there is Eric “Marcelo” Ouma who is well known for his explosive moves down the left channel and his resultant pinpoint deliveries into the area from the edge of the field.

He has two good wingers in Abdalla Hassan on the right and Masoud Juma on the left, both who possess the technical ability to waltz past opponents and barge into the area with unmatched ease.

He could make use of the technical prowess of Kenneth Muguna who has a good passing range and an amazing ability to read the game well enough in such a way he can easily influence the pace of play.

Mulee also has Eric Johanna Omondi, who takes on opponents at whim and shoots at the slightest opportunity. The same can be said of Lawrence Juma, who is equally good in one on one situations.

Then there is the new wonder kid in town, Richard Odada who has proven resourceful in his defensive midfield role by shielding the centre-backs and keeping the opposition at bay.

That notwithstanding, we’ve witnessed few moments of brilliance in the middle third of the pitch and rarely have we seen crosses being whipped in from the flanks in the last two qualifiers.

Interestingly, when Kenya decided to attack from the flanks in their match against Rwanda, a goal was scored from a move initiated by right fullback Dan Sakari.

Despite all that talent at his disposal, for unknown reasons, Mulee seems bent on giving Olunga all the limelight.