•Assistant coach Milton Odera paid tribute to the squad that claimed a 2-0 win over Kibera Black Stars to ensure they finished ahead of FC Police for the second automatic qualification berth. 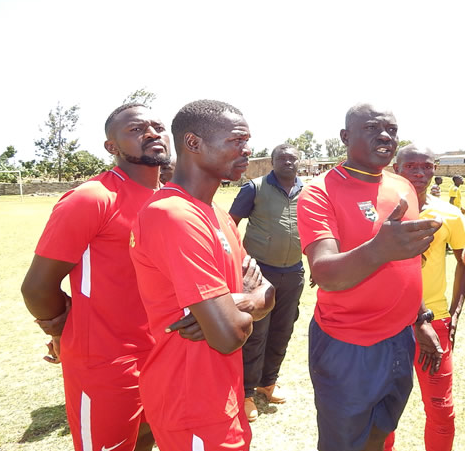 After finally securing a place in the FKF Premier League at the third time of asking, Vihiga Bullets are now focused on improving their squad ahead of the 2022 season set to kick off in just under a month.

Assistant coach Milton Odera paid tribute to the squad that claimed a 2-0 win over Kibera Black Stars to ensure they finished ahead of FC Police for the second automatic qualification berth. Nickolas Masamba and Boniface Munyendo scored the first half goals.

“It has been a tough season for us and we thank God that the coach (Edward Manoah) has kept everyone focused even at a time when things were not going  well,” said Odera.

“We barely have time to celebrate because we have to start preparations for the next season as soon as we can,” he added.

The onus now is on Manoah and his technical staff to improve the squad as they seek to compete at a higher level next year.

“Obviously our first aim is to keep our best players in the team and then we will assess the areas we will need to strengthen before the new season starts.”

Bullets' youngsters Kelvin Mwavali and Lonny Amudava who have shone in their maiden campaign in the second tier league have attracted interest from seasoned KPL clubs with reports suggesting AFC Leopards are watching them with a keen eye.

The club will also be seeking to tie down their  top scorer, Jackson Oketch, who with his 15 strikes accounted for nearly a third of their goals. Another key figure that Manoah will be desperate to keep hold of is goalkeeper Bernard Onunga who conceded 32 goals, the second lowest in the National Super League.