Liverpool working to get Keita back from Guinea following coup

“We are in constant contact with Naby and have had regular communication via his national team management,” Liverpool said in a statement.

• While the country’s borders have reportedly been closed, the Moroccan team were allowed safe passage home later on Sunday.

• Meanwhile, relieved Moroccan footballers and support staff sang a hearty rendition of the national anthem as they departed Guinea after being holed up in their hotel during the early hours of a military uprising on Sunday. 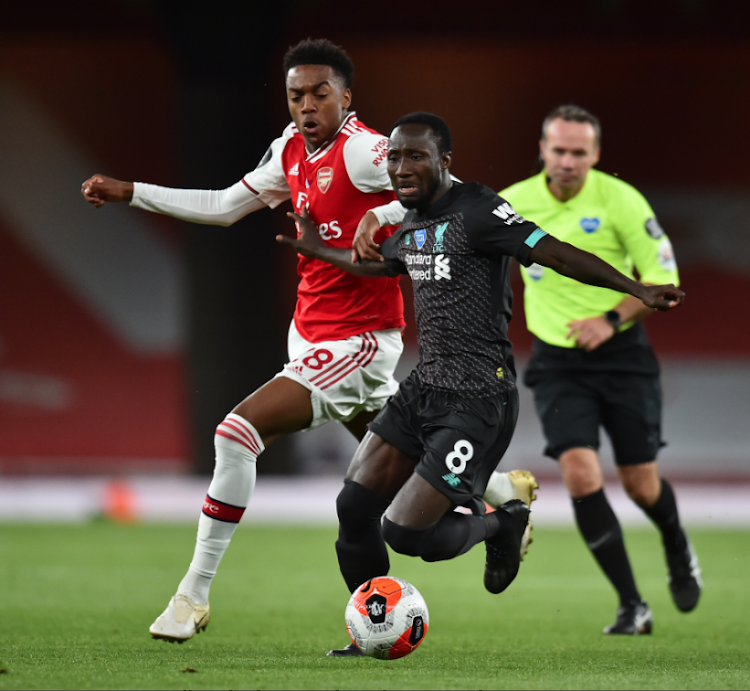 Liverpool are in touch with authorities to safely bring back midfielder Naby Keita following a military coup in his homeland of Guinea, the club said on Monday.

The 26-year-old was supposed to take part in Guinea’s World Cup qualifier against Morocco in Conakry when the game was called off after a group of soldiers reportedly ousted President Alpha Conde and later dissolved the government on Sunday.

“We are in constant contact with Naby and have had regular communication via his national team management,” Liverpool said in a statement.

“We are satisfied that he is safe and well cared for. Obviously the situation is fluid and we will maintain regular dialogue with the relevant authorities as we work to get Naby back to Liverpool in a timely and secure manner.”

While the country’s borders have reportedly been closed, the Moroccan team were allowed safe passage home later on Sunday.

Keita started Liverpool’s opening two league games and was an unused substitute in the 1-1 draw against Chelsea. Liverpool next face Leeds United on September 12 after the international break.

Meanwhile, relieved Moroccan footballers and support staff sang a hearty rendition of the national anthem as they departed Guinea after being holed up in their hotel during the early hours of a military uprising on Sunday.

Morocco’s national team were in Conakry to play a World Cup qualifier on Monday, but awoke on the eve of the match to the sound of gunfire near their hotel as soldiers sought to topple Guinea’s long-serving president Alpha Condé.

Moroccan diplomats were able to negotiate a departure for their team amid the uncertainty and the squad flew out of the country late on Sunday, just hours after the match had been called off.

Players posted pictures and video on social media of the passengers bursting into a spirited rendition of the anthem as the plane took off for Morocco.

When the flight landed in Rabat early on Monday, Paris St Germain fullback Achraf Hakimi (@AchrafHakimi) tweeted: “Thank you all for the messages and the support, it has been a very intense day but thank God we are safe and sound in Morocco.”

The squad left their hotel for the hour-long trip to the Conakry airport in two buses, which were cheered by local residents who had come out onto the streets in support of the coup attempt.

Morocco coach Vahid Halilhodzic had earlier described the anguish of his squad as they were stranded in their hotel not far from the presidential palace.

“We heard gunshots nearby all day. We are waiting for permission to go to the airport, for the moment we are stranded. A plane is waiting for us, but we are not allowed to leave. The players are concerned,” he told L’Equipe earlier on Sunday.

There has been no immediate word on the fate of Guinea’s large contingent of European-based players, including captain Naby Keita of Liverpool and Florentin Pogba, the brother of Manchester United’s Paul Pogba. Toulouse defender Issiaga Sylla said the players were trying to find out how they could return.

“It’s going to be a bit complicated to get back to Europe,” he told L’Equipe. “We’re worried about that. Everything is closed, the airport is closed. We went to see the coach to find out how it was going to go for us to return to our clubs. But we still don’t know. We’re 10 minutes from the airport, but we can’t move.”