•Minnows Djibouti, who conceded eight to Algeria last week in Group A, let in another four as Niger beat them 4-2 in Rabat, Morocco 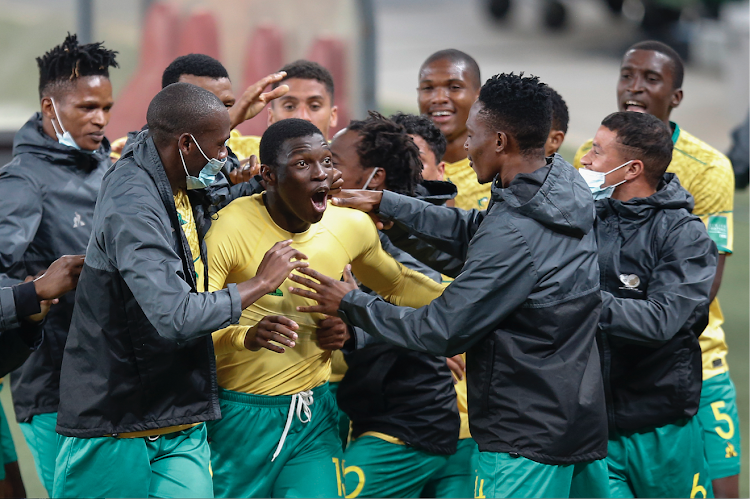 Both victors took an early advantage in their respective groups where only the winners advance to the final phase of qualifying for Qatar 2022.

Haller netted a 20th minute penalty and added a second nine minutes later as he broke free of the visiting defence to give the Ivorians the halftime lead in the Group D clash in Abidjan.

But the home side, who were allowed a small crowd to support them after all other African World Cup qualifiers were ordered to be played behind closed doors, had to endure a nervy finish after missing chances when Cameroon pulled one back.

Nicolas Moumi Ngamaleu’s 60th minute penalty handed Cameroon hope before Ivory Coast's Jean Michael Seri hit the bar with a free kick. Substitute Christian Kouame might have finished Cameroon off in the last five minutes with just the goalkeeper to beat but fluffed the opportunity.

The Ivorians have four points from their first two matches.

The absentees did not travel to Johannesburg because South Africa is on the UK government’s COVID-19 ‘red list’ and they would have had to quarantine for 10 days on returning to their clubs.

Hlongwane got an inadvertent touch to a cross seven minutes from time to ensure four points for South Africa from their first two Group G matches.

For a second successive game in Group J, Democratic Republic of Congo's Dieumerci Mbokani scored to give his side the lead only for hosts Benin to pull level before halftime in Cotonou in the 1-1 draw. Benin have four points with the Congolese on two.

Mali head the Group E standings on four points after the opening two rounds after they played out a 0-0 draw away to Uganda earlier on Monday.

Minnows Djibouti, who conceded eight to Algeria last week in Group A, let in another four as Niger beat them 4-2 in Rabat, Morocco. Both countries had to move their home qualifiers to neutral territory because of the poor state of their stadiums.

Djibouti led at halftime but two goals from Victorien Adebayor saw Niger come back to triumph in a section where Burkina Faso host Algeria on Tuesday in Marrakech.

Kpah Sherman scored the only goal of the game in Douala as Liberia, coached by Englishman Peter Butler, won 1-0 away to the Central African Republic in Group C.