A brace from striker Nikol Rehema was all that the landlocked nation's representatives needed to power them to victory.

• FAD conjured an equaliser of their own-Fiker Lemah restoring parity in the 37th minute with a well taken shot from the edge of the box.

· PVP were the better side in the first half even denied by the woodwork twice. 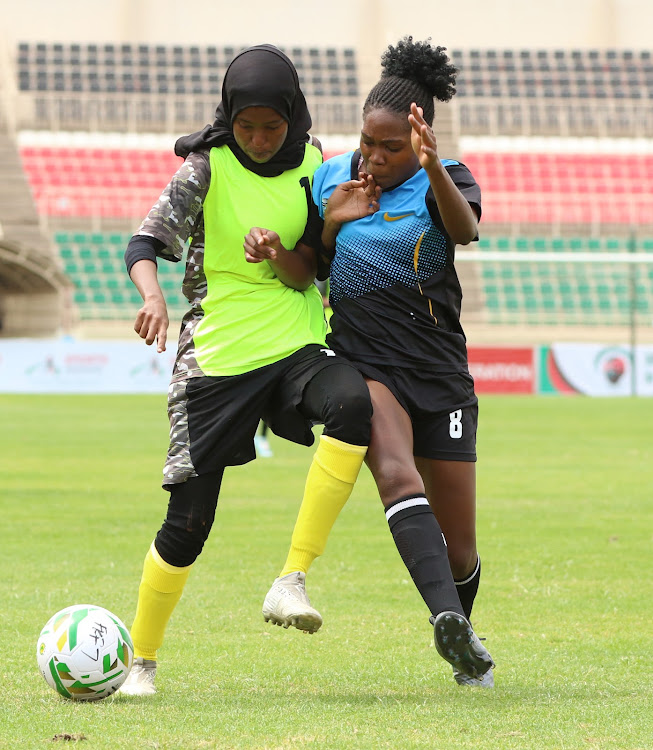 Burundi's PVP revived their hopes of sailing to the next round of the Cecafa region CAF Champions League qualifiers after a hard-fought 2-1 win over FAD of Djibouti at Moi Stadium, Kasarani.

A brace from striker Nikol Rehema was all that the landlocked nation needed to power them to victory.

Rehema opened the scoring in the 22nd minute, making amends after wasting a glorious chance with only the goalkeeper to beat a minute before.

FAD conjured an equaliser of their own, Fiker Lemah restoring parity in the 37th minute with a well-taken shot from the edge of the box to head into halftime tied at 1-1.

PVP worked on their finishing early in the second half, having struck the post twice in the first, as  Rehema poked home from close range in the 52nd minute in what turned out to be the deciding strike of the encounter.

Both sides had lost their opening matches prior to this encounter. FAD were humiliated by high-scoring Ugandan side Lady Doves in a 5-0 scoreline on Saturday.

PVP, on the other hand, got a baptism of fire, losing 4-1 to pre-tournament favourites Simba Queens of Tanzania.

In another match, Simba Queens were held to a 0-0 draw by Lady Doves. Both teams are on four points ahead of their final group matches.

Doves' defender Sarah Nabuye was sent off after she was shown a second yellow card in the 73rd minute.