Benitez vows to fight for Everton despite fan backlash

The former Liverpool manager, 61, previously called the Toffees a “small club” after a draw in the Merseyside derby in 2007.

• “We can talk the talk, but I prefer to walk the walk and hopefully everyone will be happy, starting with me. If I am happy, the fans will be very happy too.”

• The Spaniard was also criticised by some Chelsea fans after being appointed in 2012 before going on to win a Europa League title with the club. 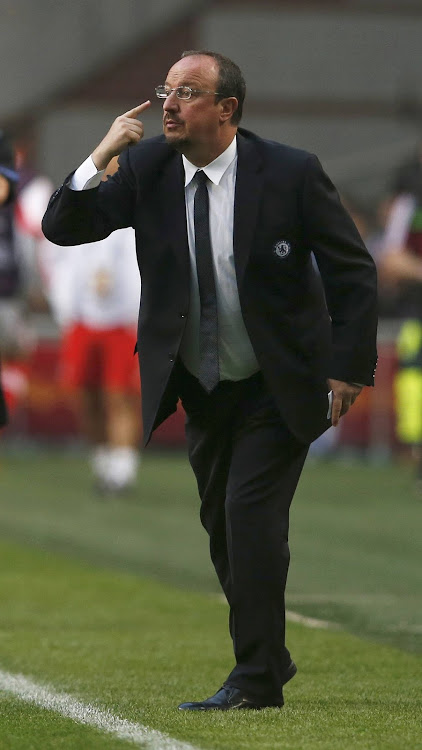 The former Liverpool manager, 61, previously called the Toffees a “small club” after a draw in the Merseyside derby in 2007.

The rivalry between the two clubs led to a threatening banner being left near his Merseyside home.

“It was a long time ago,” Benitez replied to a question about his “small club” comment. “If you are the manager, you have to defend your club in any context.

“In this case, I will fight for Everton, I will try to do my best every single game, and I will try to compete against anyone. I know how the team finished last year, and we will try to be sure that we can do better.”

“We can talk the talk, but I prefer to walk the walk and hopefully everyone will be happy, starting with me. If I am happy, the fans will be very happy too.”

Benitez, who replaced Carlo Ancelotti after the Italian returned to Real Madrid last month, is the first manager since the 1800s to cross the Merseyside football divide. He managed Liverpool from 2004-2010 and takes over an Everton team which faded last season to finish 10th in the Premier League.

The Spaniard was also criticised by some Chelsea fans after being appointed in 2012 before going on to win a Europa League title with the club. Benitez said that the banner had done nothing to put him off taking the Everton job.

“The Evertonians around my place, they are quite happy and they were very supportive,” he added in his press conference since becoming the manager.

“Even the Liverpool fans were accepting that there is a chance for me to come back to the Premier League to compete for something, so it was quite good. Talking about the banner we can talk about one, two people, you never know. So then I think it’s better to think about positives, how a lot of people were encouraging me to do well, I’m happy with that.

“Even when I decided to start talking [to Everton], I was convinced that this is a great opportunity. So it’s not something that I am scared of, the opposite. I want to do well. And what that means is to win.”

‘Something is missing’ from team

Benitez said that he was sure Everton could improve on last season, where the team’s push for a European place was let down by poor home form.

Former Valencia, Inter Milan and Newcastle boss Benitez said he had spoken to players and discovered that there was “something missing”.

“I have had conversations with senior players and am really pleased because they are ambitious and all of them realise that something is missing,” he said, after confirming that former Toffees striker Duncan Ferguson and ex-Liverpool assistant Francisco de Miguel Moreno - known as Paco - will be his assistant managers.

“It’s just the winning mentality that has to be there from the first day to the last day. Normally when you win trophies and you compete for something, it’s at the end of season, you have to be stronger. I’m confident we will do it.”

Benitez would not be drawn on the future of Colombian forward James Rodriguez, who Ancelotti lured to Goodison Park last summer, saying, “it’s important now to talk about the team, the ideas, more than individuals”.

Asked about potential transfer targets, he added: “I think we can improve things, and if we can bring players in, and they are good for us, I think that is the objective.”

But he did respond to a question about Seamus Coleman’s suitability to continue his captaincy, adding: “I’ve talked with him so many times. Can he be the captain? Yes, why not, he’s a great professional and I like him as a player and person.”

Earlier, Everton confirmed that Sarvar Ismailov and Grant Ingles would join its board of directors. Ismailov is the nephew of Alisher Usmanov, who owns one of Everton’s sponsors — USM Holdings — and was previously an Arsenal shareholder.

Ismailov joined Everton in 2019 as a consultant before becoming Everton women’s first sporting and commercial director, and will join Sasha Ryazantsev as owner Farha Moshiri’s representative on the board. Ingles has been the club’s finance director since 2013.