Gor remain in fourth with 39 and another missed opportunity to dislodge AFC Leopards from third.

•The brewers came from behind to edge Gor 2-1 in their Football Kenya Federation Premier League match at Ruaraka on Thursday.

•As Pinto fumed, his counterpart Robert Matano wore a broad smile on the face, vowing to fight tooth and nail in their remaining matches. 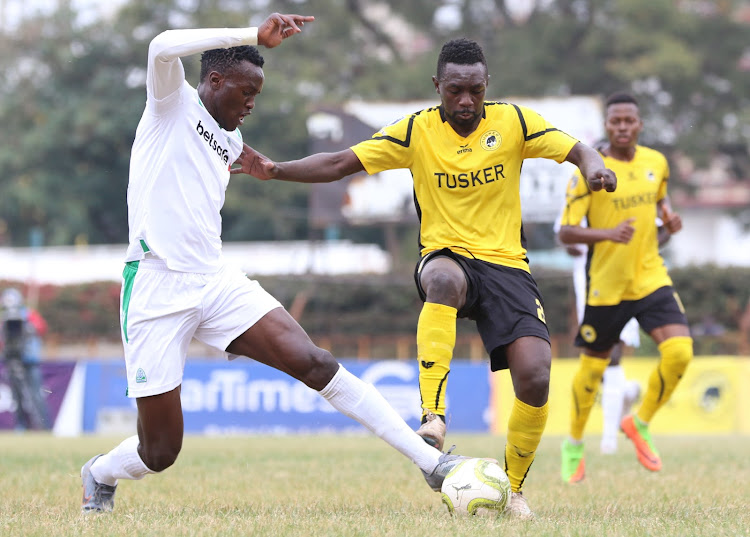 Kenyan referees should make fair decisions during matches given players depend on football to eke out a living, Gor Mahia head coach Portuguese Vaz Pinto has said.

Pinto lashed out at centre referee Anthony Ogwayo for awarding Tusker a contested foul in the first half and a controversial corner in the second half from which the brewers netted their goals.

The brewers came from behind to edge Gor 2-1 in their Football Kenya Federation Premier League match at Ruaraka on Thursday.

“I'm very sad because this is our life. The referee needed to be fair. The foul awarded to Tusker was neither here nor there. The corner came off their player George Ogutu. All the yellow cards were given Gor players,” said Pinto.

As Pinto fumed, his counterpart Robert Matano wore a broad smile on the face, vowing to fight tooth and nail in their remaining matches.

“We've realised our mistakes and worked on them. The league has started and we are fighting for the trophy.

“Every match is important to us. We are working towards the KCB match. We need to play well and win,” said Matano. “We are taking the remaining matches each game at a time,” he added.

South Sudan striker Tito Okello put the defending champions ahead in the 14th minute to end his goal drought after coming on the end of Kenneth Muguna’s delivery from the set-piece. 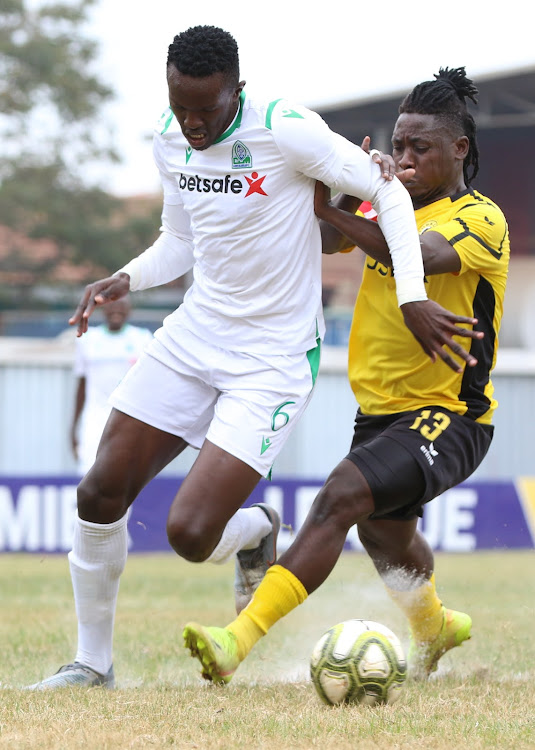 Tusker emerged from the tunnel more determined, more invigorated. Ten minutes later, they were in a delirium celebration after Boniface Muchiri’s effort from a a set piece 25 yards out caught Gor's custodian Gad Mathew napping in goal.

Then Eugene Asike rose unmarked in the 90th minute to head in Sammy Meja's enticing cross for Tusker's winner.

Tusker took command of the proceedings right from the start. Just five minutes into the match, Boniface Muchiri pounced on a lose ball. His thunderous low drive spilled off the hands of Mathew right into Sammy Meja’s waiting feet. However, the fullback scooped the ball wide on the second bite of the cherry.

In the 19th minute, Kepha Omondi teed off Muchiri through with a great through pass but the forward’s effort from a tight angle missed the target.

Miheso’s inclusion in the proceedings almost bore fruits when he darted down the right channel before cutting in for a low drive on the edge of the box.

Following the outcome, Tusker have extended their advantage at the apex of the log where they sit pretty with 50 points.

Gor remain in fourth with 39 and another missed opportunity to dislodge AFC Leopards from third. In another match, Nzoia edged Bidco United 1-0 with Hillary Simiyu netting the all important goal in the 83rd minute.