“For a team to get good results, the goalkeeper always has to be on top of his game,” —Matano

•Wanjala said the urge for a maiden appearance in the continental showpiece propelled him to his exceptional form. 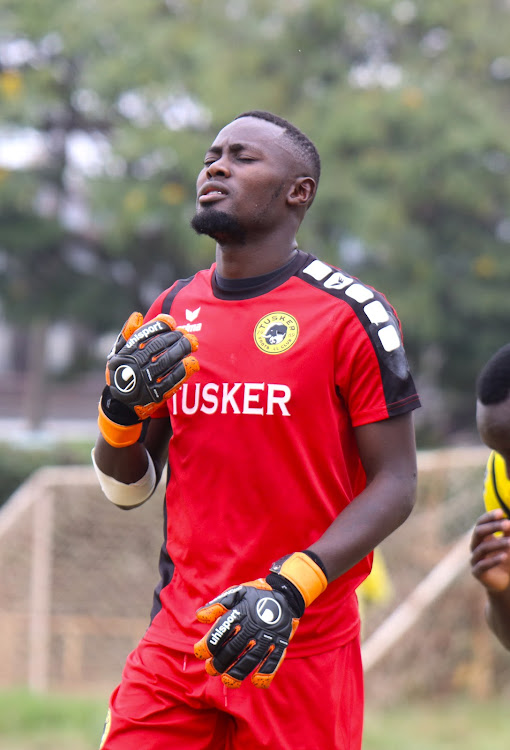 Goalkeeper Michael Wanjala is Tusker’s player of the month for June following his impressive exploits between the posts that saw him maintain a two-match clean sheet.

Out of the four matches he featured during the month, Wanjala emerged with a flawless sheet in their 1-0 victory over Kariobangi Sharks, where he blocked Douglas Mokaya’s penalty.

Wanjala said the urge for a maiden appearance in the continental showpiece propelled him to his exceptional form. “I really feel happy and proud to have achieved this and being recognized by the team,” said Wanjala.

“The driving force was the announcement that the top team by June 30 would get a ticket to play continental football and that pushed me to work harder.

“For a team to get good results, the goalkeeper always has to be on top of his game,” he added.

Wanjala had some nice words for his colleagues, saying their cutthroat competition set the bar high for him

“I also want to thank Emery and Boban (Robert Mboya) because we have been pushing each other in training and everyone is always ready to start.

“I also want to thank coach Dunco because he has played a huge role to see me where I am today and I wouldn’t be here were it not for me.”

During the awarding ceremony, the brewer's head coach Robert Matano said it didn't surprise him Wanjala actually bagged the award. “Mike proved to be the best among the best in June. As a technical bench, we were impressed with his performances and he showed that he earned this award,” he said.

“We are happy as the management to always come here and motivate the players and this is our little way of ensuring that the morale remains high. We are optimistic that the team will continue with their good performance,” said Obiny.