“The league is an open affair given there is a very little gap between teams although my players are tired after the congested fixtures,” said Pinto.

• Following the outcome, Gor maintain fourth position with 34 points, two adrift of third-placed AFC Leopards, who fought back from two goal down to share spoils with hosts Sofapaka at Wundanyi. 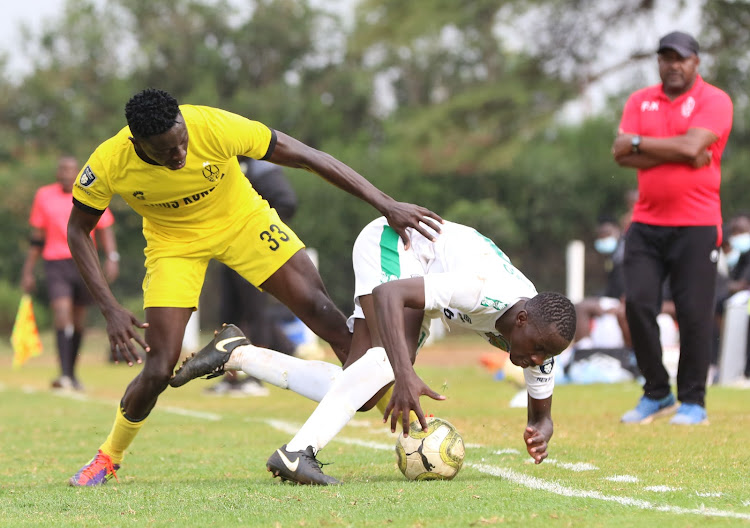 Gor Mahia head coach Vaz Pinto has said he deferred a trip to Portugal during the long break occasioned by the outbreak of Covid-19 to remain in Kenya and help Gor Mahia prepare well enough for the Kenyan Premier League title defence.

“When other coaches chose to travel abroad to be with their families, I chose to remain in Kenya to help prepare the team. I sacrificed my trip to Portugal," said Pinto.

And after edging struggling Mathare United 1-0 in a closely contested Football Kenya Federation Premier League match at Ruaraka Grounds on Wednesday, Pinto believes the title is beckoning although all the top contenders still stand an equal chance.

“The league is an open affair given there is a very little gap between teams although my players are tired after the congested fixtures,” said Pinto.

The Portuguese tactician extolled his charges for grabbing eleven wins in a row, attributing the perfect run to commitment.

“The secret is commitment. Our players understand what they are required to do in the different systems we play.

As he took to the podium to celebrate, his Mathare United counterpart Frank Ouna placed their poor show at the feet of low self-esteem.

“My boys were low on confidence after going for several matches without a win," said Ouna, adding that Gor rode to victory on sheer luck.

“God was on Gor's side today given they won from the own goal.”

The match got off to a slow start with both sides seemingly reluctant to launch meaningful attacks.

And in the initial minutes of the first half, Gor players seemed to be playing with blindfolds, mislaying passes on the few occasions they got the ball off their tactically organised opponents.

Meanwhile, the Slum Boys had a field day as Danson Kago, Norman Ogolla and Kennedy Ochieng all made merry down the flanks.

Twice, K’Ogalo survived lynching when Ogolla blazed over from 18 yards out and Wethuli failing to steer his header home from Kago’s enticing delivery into the area.

Chances on either side could not be converted until in the 42nd minute when the ball broke to Alpha Onyango’s astonishing arching shot deflected off Lennox Ogutu and arrowed over a displaced Job Ochieng for an own goal.

Following the outcome, Gor maintain fourth position with 34 points, two adrift of third-placed AFC Leopards, who fought back from two goal down to share spoils with hosts Sofapaka at Wundanyi.

In Thika, KCB revived their title hopes after stunning Bidco 1-0 at home. The bankers have now regained command of the log with 39 points, one above second-placed Tusker who crushed to Posta Rangers on Tuesday.