Former Sofapaka player Idrissa Ndikumana believes crime and drug abuse in Kamukunji area could become a thing of the past if the young lads are supported to realise their talents . 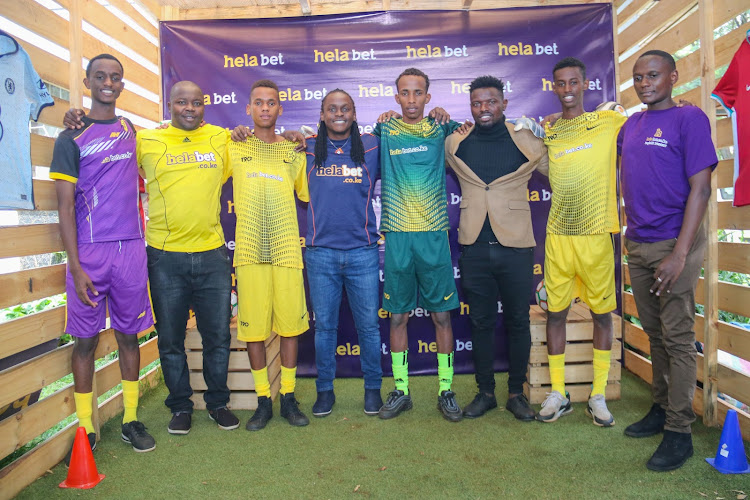 Former Sofapaka player Idrissa Ndikumana says he is determined to create model citizens out of his young charges at Eastleigh-based Soccer Star Academy.

Ndikumana said crime and drug abuse in Kamukunji area could become a thing of the past if the young lads are supported to realise their talents and to give back to the community in various ways.

"The main objective of the academy is to nature talents. I saw the danger surrounding  the young boys such as abuse of drugs and  involvement in crime and decided to bring together the young kids by involving them in playing football which would give them hope in life," the Burundian said.

Established seven years ago, the Division Three side participates in various community initiatives including planting trees, cleaning the estate, holding football clinics among other activities.

The club has four categories with  30 players in each which includes under 20 years , under 17, 13 and under nine years.

Ndikumana believes these initiatives have strengthened the bond between them and the local Kamukunji community.

"There are many aspects of the club operations, but fundamentally we are a not a profit  making organisation and usually take in only about 85 per cent of our budget through club registration fees. Soccer star raises the rest through programs, donations, parents and sponsorships such as Helabet," he said.

Ndikumana was speaking on Saturday after receiving a Sh300,000 donation from betting firm, Helabet.

The donation will go a long way in supplementing the team's seasonal budget of Sh660,000 and 700,000, which caters for training equipment, such as bips, cones, balls, uniforms, paying of field and referees.

The betting firm will also cater for the team's logistics and  meals.

"We are looking at a possibility whereby we will be taking care of their logistics every month, transport to matches, meals and  all those amenities they need during the game. As a young but strong company, we want to grow with this team and give it our best that we can,"Helabet operations manager Stephen Ochieng said.

The team's trophy cabinet is slowly but definitely filling up with titles as they continue scaling the local football ladder.

This year, the club won the Buruburu back to school cup while the under 20 team was promoted to play in FKF sub-county league. At the moment, Soccer Star are in the top four bracket.