The first round will see Kenya play South Sudan as Uganda face off against Ethiopia, Eritrea entertain Burundi and Djibouti will be up against Rwanda.

• “I have seen the players we have at close quarters and I have no doubt about their potential," said Okere. 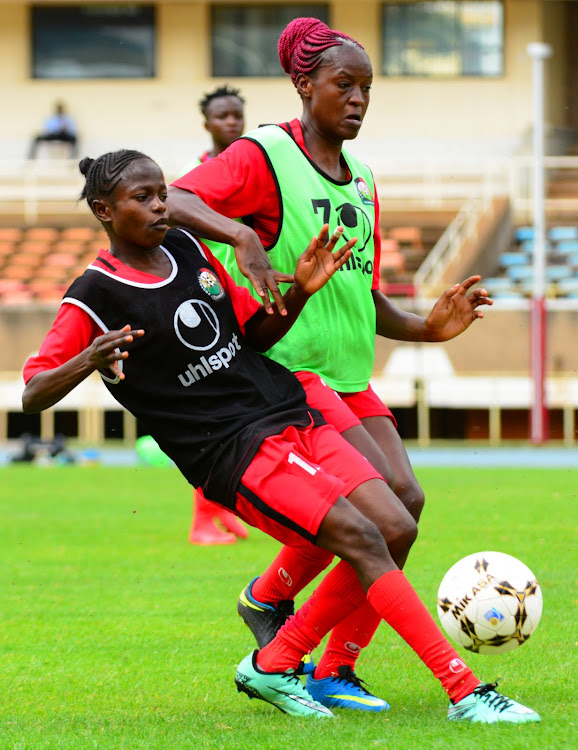 Harambee Starlets coach Charles Okere is under no illusion over the task at hand as the women’s national football team learnt the path they will have to negotiate to return to the Africa Women Cup of Nations.

The first round will see Kenya play South Sudan as Uganda face off against Ethiopia, Eritrea entertain Burundi and Djibouti will be up against Rwanda.

Should Starlets proceed past South Sudan, they will face the winner of the Uganda vs Ethiopia clash in the second round. The winners on aggregate will qualify to join hosts Morocco in the continental showpiece.

“Of course South Sudan will be a tough opponent. It’s a team that is improving all the time and we will have to be at our best to get past them,” said Okere, who took up the head coach mantle after the surprise exit of long-serving David Ouma.

"They have a Kenyan coach (Florence Adhiambo) and have shown glimpses of how good they are in their recent match against Ethiopia. We expect an exciting match particularly because the match will be played on our backyard."

Okere also exuded confidence that Kenya has a realistic chance of qualifying not only for the Awcon but the World Cup.

“I have seen the players we have at close quarters and I have no doubt about their potential. The federation has also invested a lot in the team. Camps are held for at least 10 days which give us ample time to prepare and that is why we are optimistic,” explained the former Tusker assistant coach.

Meanwhile, the Kenya U20 women’s team has been pooled in Group ‘A’ in the second round of the 2022 Fifa U20 Women World Cup qualifiers alongside Uganda, Burundi, Malawi, Namibia, Angola, Botswana and Zambia.

Kenya will play Uganda and, before being one of the two African representatives in the 2022 FIFA U20 Women’s World Cup in Costa Rica, negotiate three more rounds.