Elneny on target as Arsenal cruise past Newcastle

Arsenal move back above Aston Villa into ninth place in the table.

• Arsenal, who host Villarreal on Thursday, move back above Aston Villa into ninth place in the table.

• Mohamed Elneny scored his first Premier League goal for the Gunners, before Pierre-Emerick Aubameyang - on his first start since 3 April. 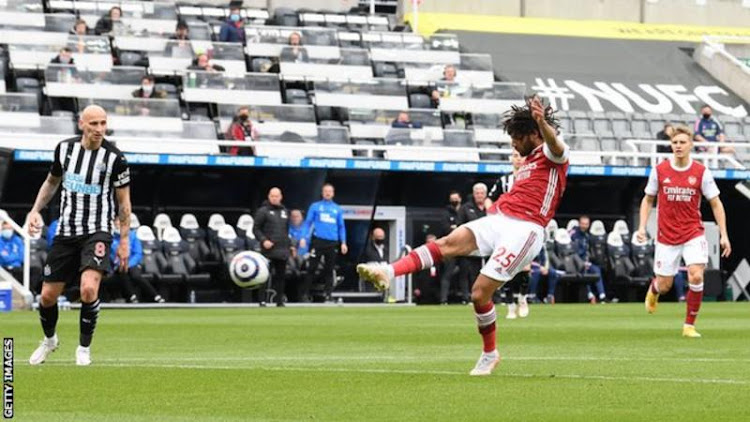 Arsenal prepared for their Europa League showdown against Villarreal with a confidence-boosting win away to Newcastle at St James' Park.

Mohamed Elneny scored his first Premier League goal for the Gunners, before Pierre-Emerick Aubameyang - on his first start since 3 April having recovered from malaria - secured the points in the second half.

Arsenal trail 2-1 after the away leg of their semi-final tie with Villarreal and victory in the north east of England was their first in four games.

The Magpies had an excellent April to distance themselves from the bottom three but they struggled to impose themselves on Sunday.

Steve Bruce's side, who lost Fabian Schar to a straight red card after a late challenge on Gabriel Martinelli, remain nine points above the relegation zone with four games remaining.

Arsenal, who host Villarreal on Thursday, move back above Aston Villa into ninth place in the table.

The perfect time to play Newcastle?

Arsenal travelled to Newcastle in need of victory after what manager Mikel Arteta described as a bad week of results before kick-off.

A disappointing draw against relegation-threatened Fulham was followed by defeats at Everton and Villarreal.

But with morale low, the trip to St James' Park came at the perfect moment.

The Gunners had won their previous six games against the Magpies, keeping five clean sheets in the process, and they got off to an impressive start.

Elneny was the beneficiary when Aubameyang mistimed his shot, to open his league account on his 66th appearance.

Granit Xhaka also forced Martin Dubravka into an smart save in the first half, before Aubameyang marked his return to the side with an acrobatic finish after Martinelli's pin-point cross.

The Gunners' season now rests on whether they can overturn the deficit against Villarreal to reach a second European final in three years.