Okumbi lauded his attack after helping the team pick deserving points during the month.

• Am proud of the team especially the forwards who are our first line of defense and have worked hard to help us win vital points.

• Posta Rangers goalkeeper Kevin Opiyo was also crowned the FKF Betking player of the month over the same period without conceding a goal. 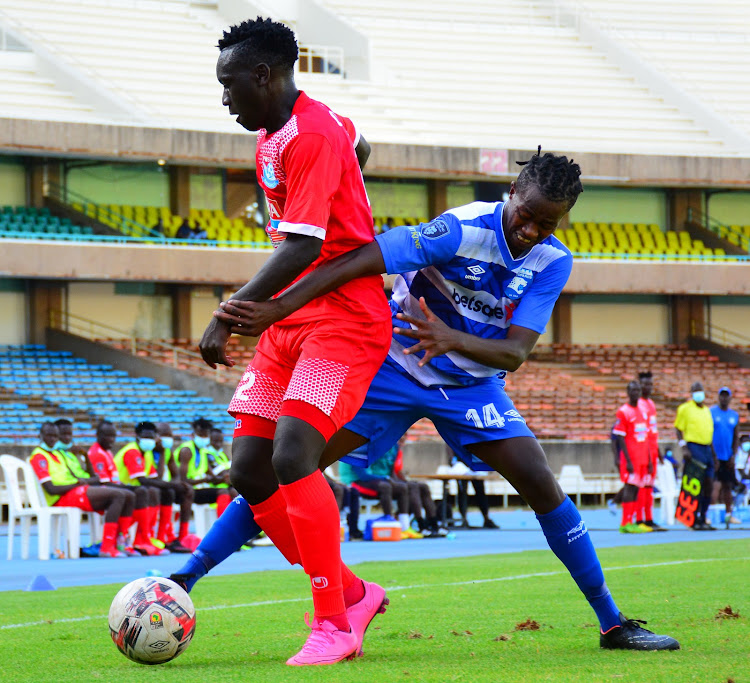 Posta Rangers resurgence before the government halted sporting activities is down to the club's defensive solidity, reckons coach Stanley Okumbi.

Okumbi was on Tuesday named the FKF Betking Premier League coach of the month of March following his team's resilient display.

"When you don't concede, chances of you winning a game is enhanced and that's what we worked on in training starting in February and I am glad it is paying off," observed Okumbi.

Okumbi lauded his attack after helping the team pick deserving points during the month.

"I am proud of the team, especially the forwards who are our first line of defence. They worked hard to help us win vital points," added the former Harambee Stars coach, who took over the reigns from Sammy Omollo in the first week of February.

The tactician acknowledged the monumental task that awaited him when he took over but credits team works for the Rangers' resurgence.

"I knew the challenge we had on our hands when I came in. It has taken hard work and patience and it's paying off at the moment. We can, however, not forget the extent of the job we have to do."

Rangers picked seven points from three matches in March. They registered victories over champions Gor Mahia, Mathare United and a stalemate against Kariobangi Sharks. The team, however, still finds themselves down in 15th place with 17 points, leaving Okumbi a worried man.

"I attribute my achievements to hard work, sacrifice, teamwork and above all God's guidance. Our coach (Stanley Okumbi) also played a great role since he gave me the chance to showcase my talent. We look forward to the resumption of the Premier League," observed Opiyo, who joined the mailmen at the start of the campaign.