What it takes to become a top football coach

In the role play, the former Fulham and West Ham midfielder and Everton assistant manager was in charge of an overachieving newly promoted Premier League outfit.

• It was excellent stuff, generated a lot of debate in the debrief that followed and left the actual members of the media present hoping ex-Portugal international Boa Morte returns to the English game pretty soon.

• The Football Association’s Pro Licence lead and former Portsmouth striker and manager Guy Whittingham accepts “nothing you do on the course completely prepares you for the first job”. 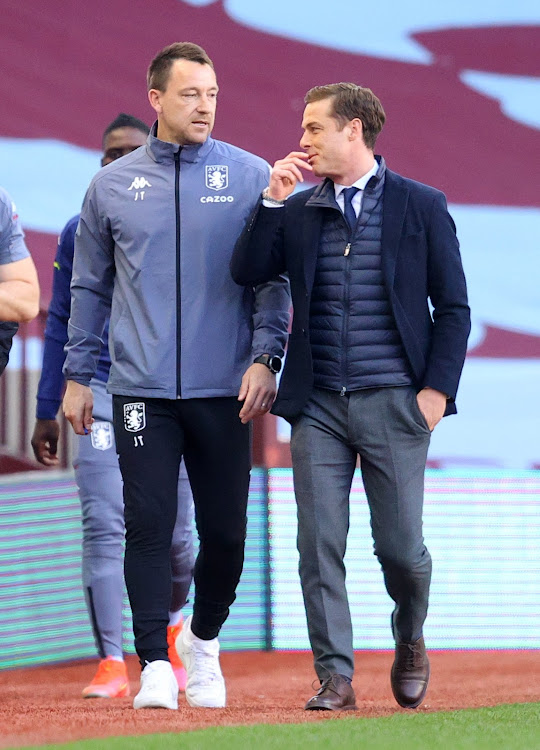 Of the 19 Uefa Pro-Licence candidates who committed to a media interrogation session at St George’s Park earlier this month, pretending to be managers to answer a series of questions about implausible scenarios, only Luis Boa Morte broke ranks.

In the role-play, the former Fulham and West Ham midfielder and Everton assistant manager was in charge of an overachieving newly-promoted Premier League outfit.

He had been pictured leaving the house of a chairman of a ‘big six’ club who was looking to replace their very high-profile manager at the end of the season.

Instead of seeking sanctuary on the ‘safe island’ as guided by the tutor in order to avoid headlines, Boa Morte, feeling any other option would have lacked credibility, said the chairman was a personal friend, then refused to give any assurances he would still be at his present club next season.

It was excellent stuff, generated a lot of debate in the debrief that followed and left the actual members of the media present hoping ex-Portugal international Boa Morte returns to the English game pretty soon.

The ‘media day’ was the sixth of nine modules across 18 months which ends with candidates getting the highest coaching qualification Uefa offers and is a pre-requisite for managing any top-flight club in Europe on a permanent basis, or to manage in the Champions League or Europa League.

The Football Association’s Pro Licence lead and former Portsmouth striker and manager Guy Whittingham accepts “nothing you do on the course completely prepares you for the first job”.

His FA colleague, senior professional coach development lead Phil Church says: “Seventy per cent of what they learn and experience is what they do every day. We try to fill the gaps.”

Lowe was able to talk about his sad experiences at Bury as the club went to the wall. Fortune, evidently, has plenty of tales to tell from his time working with Sir Alex Ferguson at Old Trafford.

“He created a culture,” said Fortune. “He knew everybody’s name at the training ground. He was big on behaviour for everyone - and he knew his players. “He wanted to know about your family and would tap into the emotional side. Sometimes his team talks wouldn’t even be about football. You’d run through brick walls for him.

“Then he had to change how he communicated with young players. For that he needed softer people skills. I was very fortunate to see that change and how he adapted to sports science, bringing in new coaches like Carlos Queiroz, with new training methods.”

Garry is able to talk about the challenges involved in turning highly promising, highly paid youngsters into first-team stars, as he has done with Bukayo Saka.

“It’s hard to be a young player now,” he said. “In no other industry would you get a contract before you’ve actually done anything. But that’s the way of the world. It does make it challenging but you must try to help them as best you can because it is an unforgiving environment and they are very young.”

Departing England Under-21 coach Aidy Boothroyd described his job as “utterly impossible” last month as he loses so many of his best players to Gareth Southgate’s senior side.

“It’s a question that will always divide the room,” said Garry. “When you are working with a big number of players, you know a high percentage will not make it. That is why there needs to be education around what you are pitching.

“If I am delivering a player to Plymouth, there needs to be a fair balance between development and recognising that ultimately, you are developing for a performance in senior football.”

Garry has a clear ambition to be a coach or manager at first-team level. Fortune says he is still deciding what his eventual goal will be.

Manchester United women’s coach Casey Stoney is part of the 2021 group, as is former Wimbledon defender Chris Perry and Aston Villa assistant manager John Terry, although the latter was not present for the media day due to club commitments.

“It is an 18-month journey that started in January 2020,” said Whittingham.

Topics include leadership, decision making, high-performance teams and environments. Communication and influencing skills are covered in ‘strategy and tactics’ tasks.

In non-Covid times, study trips to major tournaments would happen. Speakers would be booked for sessions at St George’s Park. Increasingly, football is also starting to look outside the game for ideas and transferable skills.

“It is not all about us as tutors,” said Whittingham.

And Lowe, at the sharp end as he stabilises Plymouth in League One after last season’s promotion, has a clear example of how modern-day coaching has evolved.

“I’m on a course with the RNLI [Royal National Lifeboat Institute] centre at Liew down in Plymouth and have actually been out on a lifeboat already,” he said

“In terms of decision making and leadership skills, it takes them six minutes from getting a shout (emergency call) to being ready at the venue — and that includes putting all the big gear on. That’s the route I’m going down. If I’ve got two strikers who can’t hit a barn door or two centre-halves who are struggling, I’ve got six minutes to decide whether to change them.”

Given only 14 managers out of 92 in the top four leagues of the English game have spent more than three years at their respective clubs, only time will tell if the commitment and cost of a Pro-Licence will give Lowe and his classmates the edge they need as they progress on their coaching careers.