WHY RAHEEM WAS DROPPED

Guardiola explains the reasons behind playing without Sterling

He was left out of the City squad for the 3-0 win over Fulham but over the last five years under Pep, he has been a constant in the team.

•Ole Gunner Solskjaer also has no idea whether or not Edinson will stay in the UK when his current contract ends in two months.

•Tammy Abraham is surrounded by much debate, controversy and tension between Chelsea staff, fans and critics alike. 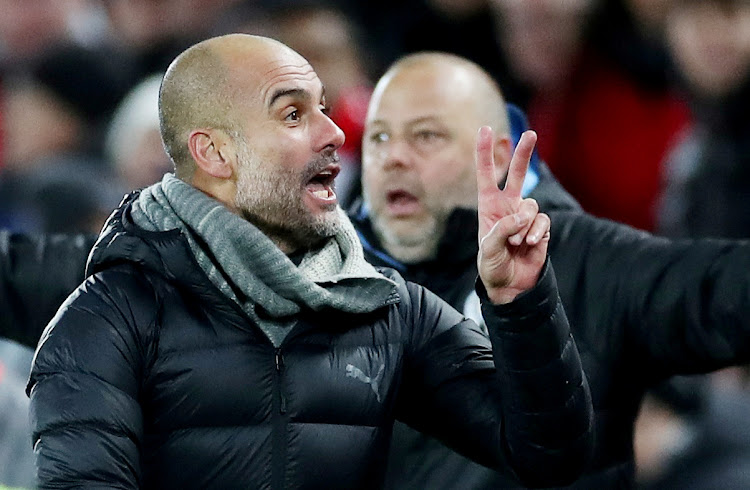 Pep Guardiola was speaking this week to justify his recent tactics of starting without Raheem Sterling.

He was left out of the Manchester City squad for the 3-0 win over Fulham but over the last five years under Pep, he has been a constant in the team.

That is why the shock of not seeing Raheem involved needs some explaining. Guardiola said, “Raheem has been so important in our period here since we arrived—nothing would have been possible without him.

Right now, I decided that on the current team, I see Riyad Mahrez and Phil Foden in incredible form. This is the only reason why. There is not another reason. They collaborate with each other, they compete with each other…you saw the last 30 minutes Foden played against Dortmund where he created all the chances that we had after leading 1-0.

He scored the last goal with incredible control and it was an assist from Gundo. And Riyad during the last month has always been so decisive, so this is the only reason why. Raheem’s important for the team and the club and there’s no doubt about it.” 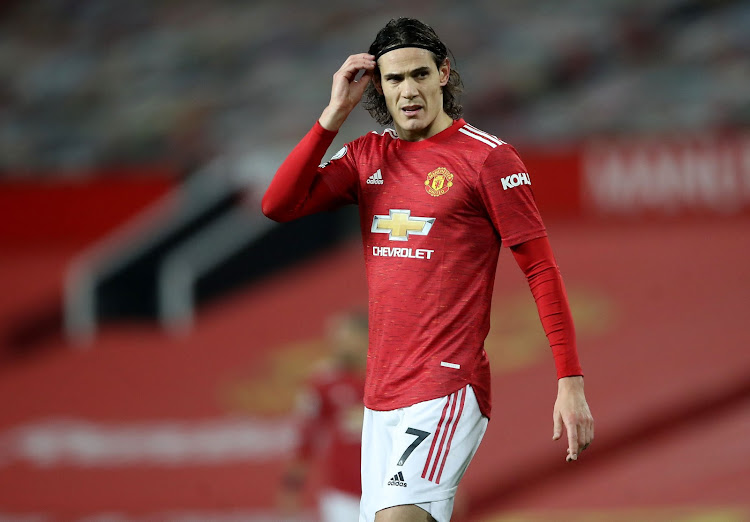 I still can’t tell you what Man United’s Edinson Cavani will do when his contract ends in three months. Why? Because he is struggling to make a decision. This summer Erling Haaland, Harry Kane and Kylian Mbappe might be moving clubs and United have a lot of money.

As one United insider told me over the weekend, “Can you imagine Edinson Cavani and Kane lining up together!” In other words, whatever happens, United have to move heaven and earth to keep Cavani who is one of the most exciting and clever footballers I have ever had the privilege to witness on a football field.

Ole Gunner Solskjaer also has no idea whether or not Edinson will stay in the UK when his current contract ends in two months. However, the manager is okay with that scenario. In an attempt to clarify the situation, Solskjaer said this week, “I’ve kept in touch with Edi of course.

We keep an open dialogue. He’s still unsure what he wants to do next season, which I find fine. It’s not been an easy year either for him or the rest of the world, so he still wants time to make up his mind.

He’s been so positive in and around the place and he has been great to have. He’s been working hard to keep fit and hopefully, we can keep him fit for the next six or seven weeks.”

Edinson’s father is on record saying his son wants a return to South America but it seems clear his son will make his own decision. 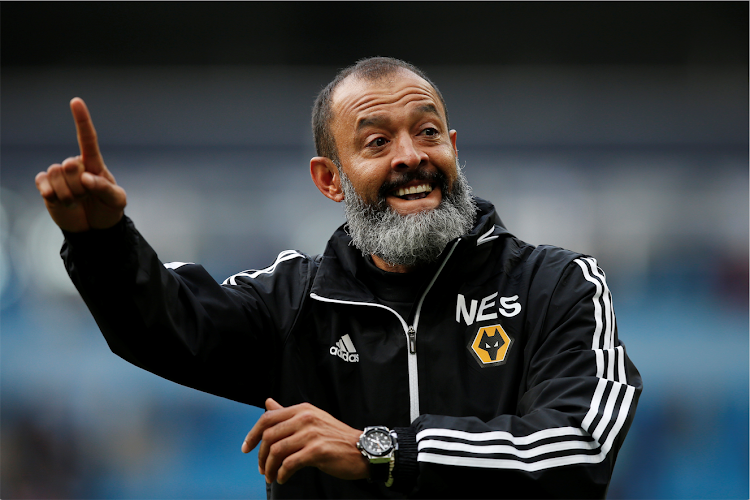 Tottenham chairman Daniel Levy has identified Wolves’ boss Nuno Espirito Santo as a possible replacement for Jose Mourinho if the Spurs boss is sacked at the end of the season.

Santo has a deal at Wolves which takes him to the end of 2023. However, Spurs would be willing to pay £8million in compensation. Mourinho is under intense pressure with the club six points outside the Champions League places. Word is that he will leave if Spurs do not achieve European football.

They can still qualify for Europe if they beat Manchester City in the Carabao Cup on April 25th but that is a tough challenge. Nuno brought Wolves up from the Championship in 2018 and they have been strong performers in the Premier League, finishing seventh twice and reaching the quarter finals of the Europa League competition.

Tammy Abraham is surrounded by much debate, controversy and tension between Chelsea staff, fans and critics alike.

Tammy has not played a complete game for new manager Thomas Tuchel since his arrival and yet he is Chelsea’s top scorer with 12 goals this season. The tension is caused by Tuchel showing favouritism for Timo Werner the £47m signing, who has netted only two goals in 33 games! Criticising Tammy has thrown more petrol on the flames of the argument when Tuchel said, “Tammy had a rough time because he started games and was subbed for tactical reasons.

He could not have the impact he demands from himself and that we wish from him. Then he was injured and the squad played very well without him. Now we enter the decisive part of the season, where it’s not easy to bring back players who were injured.”

As if to defuse the situation and smooth out the waters Tuchel added, “Tammy is using every minute to convince us he needs to be on the pitch. Hopefully he stays fit and will play a key role at the end of the season.” 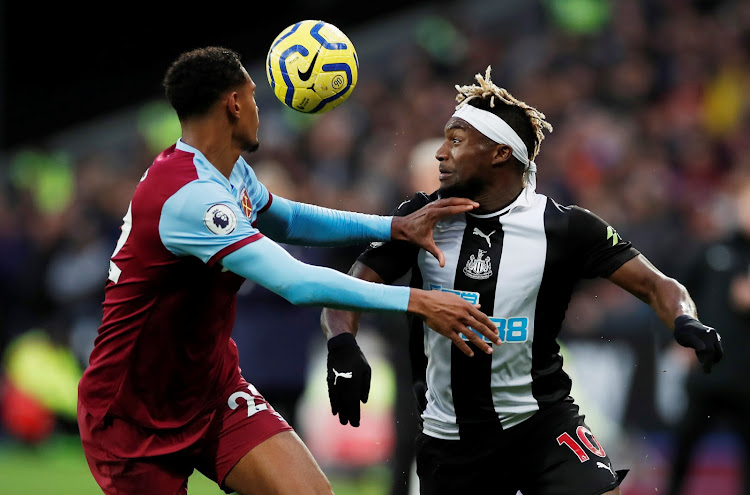 Whatever happens to Newcastle after their vital victory at Burnley last weekend, manager Steve Bruce knows for certain that the Black & Whites might not be in their perilous position if Allan St-Maximin had been fit for more of the season.

He has been able to play in only 18 games and each time he has been or nearly been Newcastle’s best player. He played only 33 minutes against Burnley and turned the game around and the weekend before he did more or less the same against Spurs and he was only on the pitch for 19 minutes.

Jose Mourinho’s face was like thunder after Manchester United had all but ruined Tottenham’s chance of European football at the highest level next season.

He was looking for anyone to attack verbally and Ole Gunner Solskjaer presented himself as the target when he defended Cavani’s first superb goal which was ultimately disallowed because Son Heung-Min reacted ridiculously after being flicked in the face by a running Scott McTominay.

Behind the scenes after the match Solskjaer commented, “We shouldn’t be conned” about Son’s behaviour and that set up a face to face row with Mourinho. I was disappointed with Son because he is a talented footballer and a nice guy but he is gaining a reputation for regularly being involved in controversy.

Mourinho, on the other hand, was looking for any scapegoat and his attack on Solskjaer speaks more loudly about his problems at Tottenham and his failure to come up with solutions.

Hodgson wants Cahill to carry on

A player who I often see in Cobham, where the Chelsea training ground is situated, is Gary Cahill. He is the perfect model of a footballer: tall, fit and lean. He is also a very nice man.

I am delighted that, at the age of 35 and out of contract at the end of the season, manager Roy Hodgson has every intention of keeping the former England centre-back at Crystal Palace for next season.

Hodgson will be backed by the club hierarchy and this week, Hodgson said, “He can carry on playing football at this level, no question, because he keeps himself in such incredible shape. How long he can continue and what he wants to do will be down to Gary.”

Jimenez not likely to play again this season

Wolves have suffered a devastating blow to the rest of their campaign as Mexican Raul Jimenez will probably not play again until next season.  He fractured his skull during the 2-1 win at Arsenal on November 29th but his progress to recovery has been good.

Raul returned to training last month but he is not taking part in contact sessions. Further assessments have to be taken with a specialist before he is cleared to head the ball again.

Manager Nuno Esprito Santo is a very caring person and although he hoped the 29 year-old would play again this season he has accepted that it may not be possible.

Who was the naked streaker?

I had a good laugh this week when a naked streaker ran onto the pitch during the match between Manchester United and Spanish club Granada. One witty colleague said perhaps the bearded streaker was Marouane Fellaini reminding both United and Belgium that he is still around!