Compensate us or release our players, Manyatta warn top-flight clubs

And after toiling for several years to produce a line of fine players for top-flight clubs, the centre is now clamouring for a chance to reap big from transfer deals involving some of their protégés.

•Oballa says Manyatta Youth Resource Centre was officially registered on July 30, 2009 as a community-based organisation under the Ministry of East Africa Community, Labour and Social Protection. 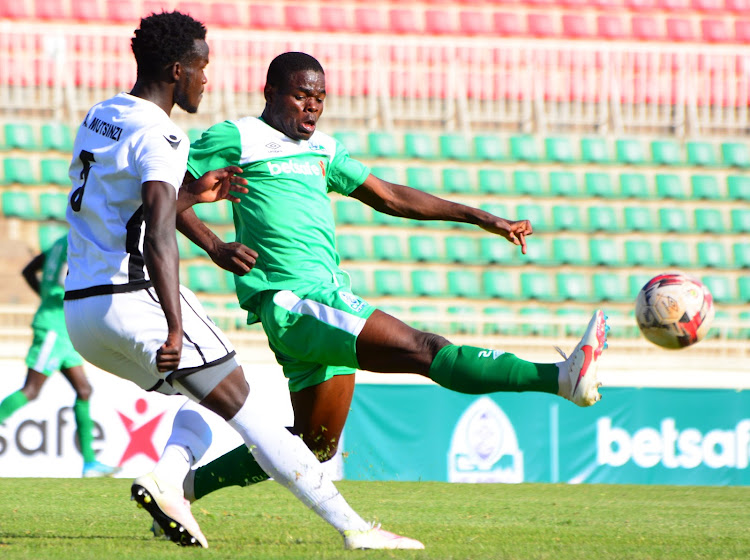 Tucked away in one of the sprawling slums of Kisumu is a centre that has attained great heights in nurturing some of Kenya's celebrated footballers.

Manyatta Resource Centre manager, Anthony Oballa says some of the current crop of Kenyan football luminaries trace their roots to their backyard.

And after toiling for several years to produce a line of fine players for top-flight clubs, the centre is now clamouring for a chance to reap big from transfer deals involving some of their protégés.

In a recent letter addressed to Football Kenya Federation (FKF) chief executive officer Barry Otieno, the centre's manager Anthony Oballa sought to know what the federation was doing to ensure they would benefit from any transfer deals involving players they had nurtured and developed.

“This is a follow up to our letter dated  December 4, 2020 on players we empowered and nurtured at Manyatta Resource Centre.

“Kindly take action and help us acquire development fees from clubs that are having the services of players formerly at Manyatta United FC," read the letter.

Oballa laments pleas to get various clubs in the country to pay up after signing their players have always fallen on deaf ears.

Manyatta are also seeking compensation from the United States side Union Omaha for the services of former Gor Mahia midfielder Tobias Otieno.

“Manyatta Youth Resource Centre was officially registered on July 30,  2009 as a community-based organisation under the Ministry of East Africa Community, Labor and Social Protection,” Oballa points out.

When Gor Mahia FC prodigy Benson Omalla recently secured a deal to play in Sweden, FKF-Premier League side Western Stima said they will lay claim to any proceeds emanating from the transfer deal.

Club chairman Laban Jobita was reacting after revelations came to the fore that the 19-year-old Kisumu Day High School student had penned a deal in Europe with Swedish side FC Linkoping City.

“I am aware of the development and will keep close tabs on the proceedings to lay claim to our share should there be a sale,” said Jobita.

“Western Stima have been nurturing players who pen deals involving colossal sums of money yet we have not been keen enough to demand our share. Given we lack a solid sponsorship at the moment, we deserve to receive our fair share," said Jobita.

Jobita further insists that even community clubs and youth development sides should be included in such deals in future as a way of appreciating their contributions towards player growth and development.

"The money should also trickle down to Manyatta United because that's where we got him from,” Jobita said.