Nicholas Kipkirui decamped the 18-time champions for City Stars and there are speculations swirling over the future of international Kenneth Muguna.

•Shakava is bullish in regard to the team's chances of retaining the Premier League title despite an underwhelming performance in the first leg. 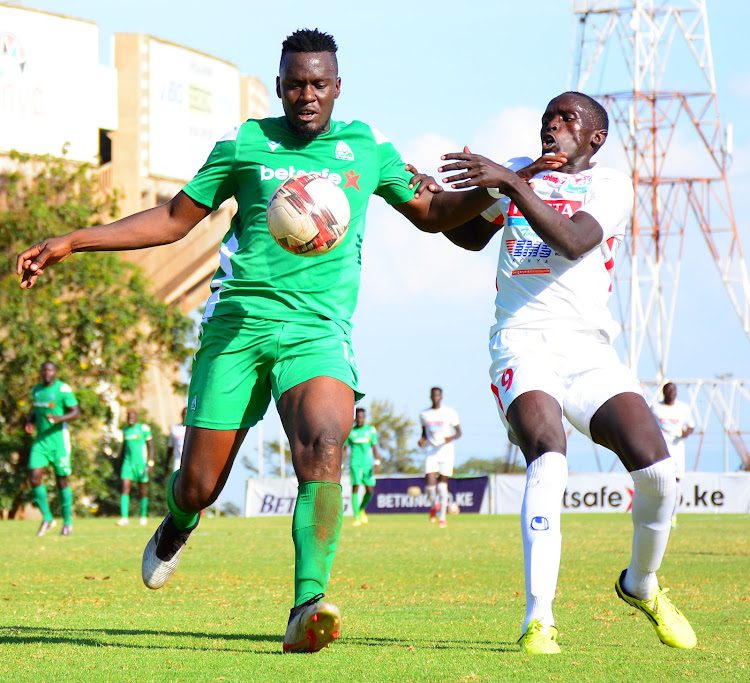 Gor Mahia captain Harun Shakava admits a number of players might have left the club but there is still quality within their ranks to meet their ambitions.

Recently, Nicholas Kipkirui decamped the 18-time champions for City Stars and there are speculations swirling over the future of international Kenneth Muguna.

Shakava, who took over the armband from Muguna after rejoining K'Ogalo from Zambian giants Nkana in early February said on the club's website that prior to his exit the record league winners had gelled after playing together for a long time and that made things easy.

“Before I left, the team had gelled because we had played together for long, making it easy for us. We lost some players, yes, but we still have quality in the team and I just hope the financial problems facing the club are sorted as soon as possible,” the captain said.

With the season in limbo following Football Kenya Federation's move to suspend all the leagues and competitions after the government pulled a plug on all sporting activities, Shakava reckoned that there is still hope in terms of what the team can achieve if the league resumes.

"I think another interference to the league is a huge blow. We were psyched and I just wish they allow us to start training and finish the remaining games,” said the former Kakamega Homeboyz player.

Shakava is bullish in regard to the team's chances of retaining the Premier League title despite an underwhelming performance in the first leg.

“We are still in the first leg. We have lost some points but I still believe we can compete for the title but it will also depend on how other teams perform," concluded the title-winning skipper.

With two games in hand, Vaz Pinto's charges are a massive 14 points off top spot, currently held by perennial rivals Tusker. The brewers are the only team to prevent them from winning the league in the last eight years.