Bereft of the essential financial muscle to rent a comfortable apartment in a decent surrounding, Abdalla sought refuge in a shanty town.

•Abdalla says he always dreamt of donning the national team's jersey as he gradually cut teeth in football during his formative years. 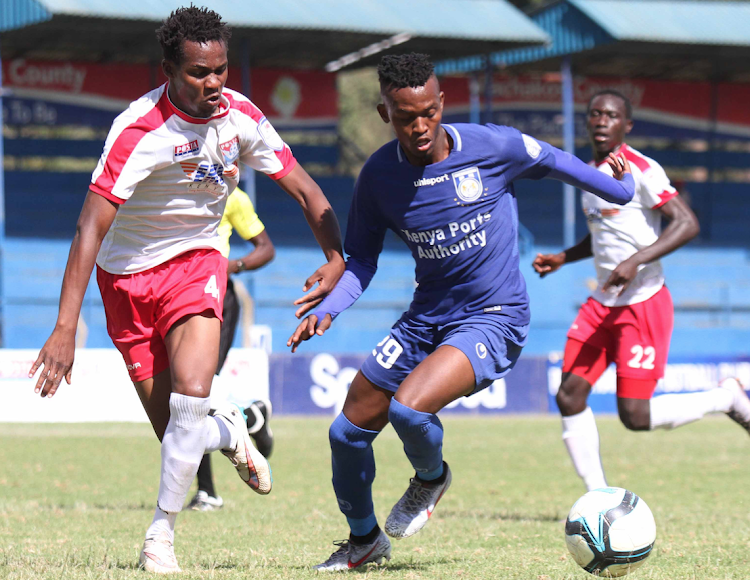 It was Abdalla Hassan's Midas touch that inspired Kenya to a draw against Egypt at Moi Stadium, Kasarani, and three days later, fired them to a 2-1 away win over Togo in their last two African Cup of Nations qualifiers.

Going into the encounters, the Bandari attacking midfielder seemed the most unlikely source of a goal for a national team that had hitherto been struggling to even have their key strikers on the score sheet.

Worst still, the docker hadn't even come close to scoring in the two international friendlies against South Sudan and Tanzania that were staged prior to the qualifiers.

But as fate would have it, the 24-year-old came to Kenya's rescue when least expected.

He cunningly pounced on a loose ball in the heat of a goalmouth scramble to grab an equalizer for the hosts who had conceded early in the match and looked destined for a heart-wrenching home defeat.

Abdalla says he always dreamt of donning the national team's jersey as he gradually cut teeth in football during his formative years.

"My journey began in Mombasa although I had previously lived in Nairobi's Ziwani area for a while. I took a deep interest in football while attending Tononoka Secondary School in Mombasa.

"After completing high school education, I decided to travel to Nairobi to look for employment.

Bereft of the essential financial muscle to rent a comfortable apartment in a decent surrounding, Abdalla sought refuge in a shantytown.

"I settled in the sprawling Kibra slums. At Kibra, I joined Uweza Academy and after approximately three years linked up with Posta Rangers U-20 side where I was appointed captain.

Meanwhile, he had his objectives already well defined and didn't allow any challenges along the way to distract from his ultimate goal.

"In January 2016, Bandari scouts spotted me and invited me over for trials. I was handed an opportunity during a friendly match in Kisumu and that's where they got impressed with my potential and signed me up.

"It's been a long and tedious struggle especially in Kibra where I encountered a lot of challenges. I thank God I finally made it and got a chance to play for Bandari.

"I'm forever grateful to God for affording me the opportunity to feature for the national team and more so getting a rare chance in life to score against a big team like Egypt.

"I was overwhelmed with joy after scoring that goal. It was my first goal in such a high-profile match.

"Although I didn't see it coming, I'd taken to the pitch in the belief I had the potential to put my name on the score sheet. Coach Jacob 'Ghost' Mulee made me believe it was possible before the match," said Abdalla.

Apparently, the youngster who was once linked with a grand move to Premier Soccer League (PSL) side Maritzburg United, has never stopped to look back. Abdalla Hassan has set the sky as his limit.