I am sad to learn that Sergio Ageuro is leaving Manchester City.

•Jurgen Klopp is keen to strengthen his defence options because they have struggled to cover Virgil van Dijk, Joel Matip and Joe Gomez who are all out injured with van Dijk probably out for the rest of the season.

•Liverpool have looked at Konate’s £34m buy-out clause and are confident they can meet this. 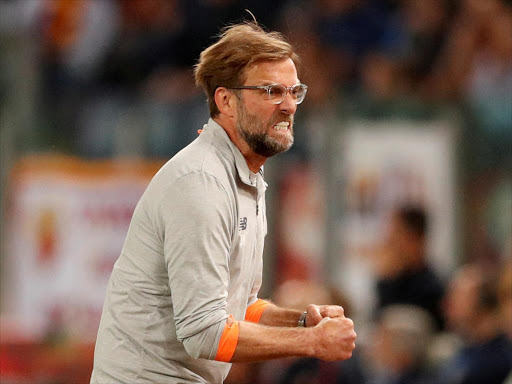 RB Leipzig defender Ibrahima Konate was woken from sleep one day this week as his mobile received several texts.

His club had received contact from Liverpool who are interested in the defender ahead of the summer transfer window.

Somehow the news had leaked out to several of Ibrahima’s friends and teammates. I was then called in midweek and can reveal to you that Konate has already carried out parts of his medical, taken in Paris, and he was 100 per cent fit. Jurgen Klopp is keen to strengthen his defence options because they have struggled to cover Virgil van Dijk, Joel Matip and Joe Gomez, who are all out injured, with van Dijk probably out for the rest of the season. Liverpool have looked at Konate’s £34m buy-out clause and are confident they can meet this. I have also learned that the Reds are monitoring five centre-backs as possible transfer targets.

Leipzig’s Sporting Director Markus Krosche has issued a statement saying that selling Konate “is not an option” however I am told Liverpool are well ahead and Sporting Director Michael Edwards is near to completing the deal. Because of past failed attempts at signings, such as Spanish side Real Betis player Nabil Fekir last year, Liverpool have understandably not released an official statement but I understand they are confident of landing Konate.

During the international break, I have had a chance to speak with my Arsenal contacts to find out what Mikel Arteta plans for the club in the near future.

The Gunners have had a rollercoaster season with some achievements in beating Manchester United, Chelsea, Leicester and Tottenham plus an upcoming Europa League quarter-final to play.

However, they were also nearly dragged into a relegation fight and their last nine Premier League games have seen them win three, draw three and lose three.

They have also conceded goals in all their previous 12 matches. This summer’s transfer window will be a challenging time because it will define where Arsenal are going to feature next season.

These are the main concerns the manager has on his mind: Their Gabonese striker Pierre Emerick-Aubameyang was a sensation last year but has badly failed since Christmas and now he is no longer an automatic choice to start matches. Sorting out their frontline problem is a priority for Arteta.

Arsenal scouts are busy preparing a wish list for the manager to consider in the coming months.

In defence he prefers Rob Holding, David Luiz, Gabriel and Pablo Mari and all have played a decent amount of football.

However, Luiz is likely to leave in the summer and both William Saliba and Konstantinos Mavropanos are due back from their loan periods. Arteta knows he has to reorganise things at the back.

Attacking midfielder Martin Odegaard has been Arsenal’s best player this season but he belongs to Real Madrid and negotiating to sign him full time is going to prove difficult.

Emile Smith Rowe is another bright star in the making and Arteta is sure that linking him up with Odegaard will give the team a strong edge in midfield and help Aubameyang upfront.

Arsenal are still tracking Real Betis midfielder Fekir and if the Odegaard deal does not happen he will be the backup signing. These are Arteta’s current priorities for the next few months. Manchester City's Sergio Aguero celebrates with the match ball and Benjamin Mendy at the end of the game
Image: REUTERS

I am sad to learn that Sergio Ageuro is leaving Manchester City. During the last nine years, he has been one of the most exciting footballers to watch in European football and he leaves as City’s record goalscorer. 257 goals in 384 matches is a superb record.

He also holds the record as the highest-scoring overseas player in the Premier League. I am pleased to learn that a statue will be erected at the Etihad Stadium to honour this elite athlete.

Yaya Toure, City’s great attacking midfield player, applauds Aguero but he is asking why he was not granted a statue to stand beside his teammate David Silva.

Ageuro is being linked with a possible two-year contract move to Barcelona where he would link up with his great friend Lionel Messi. I can sense many La Liga clubs trembling with fear at the prospect!

Solskjaer will be backed by Woodward 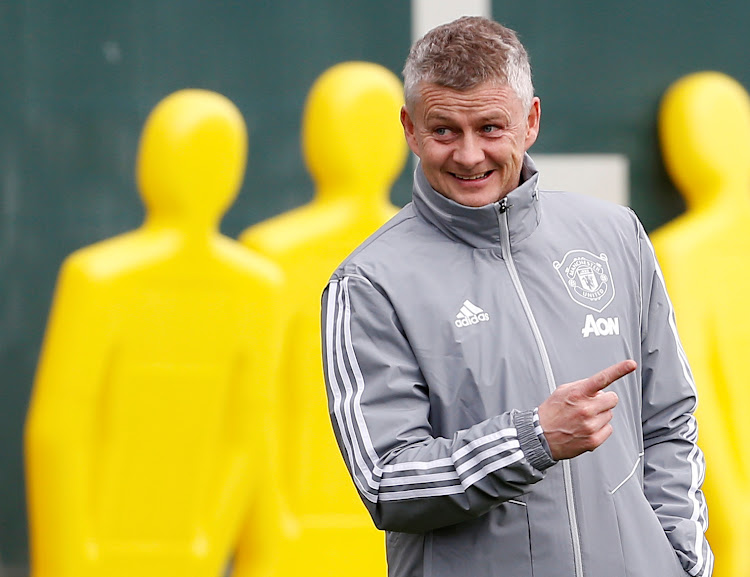 The summer is always a nail-biting time for most clubs as transfers and available money are constantly discussed behind the scenes.

Personnel, and in particular managers, are always the focal point of boardroom agendas.

However, I have learned that Manchester United vice-chairman Ed Woodward is not considering the future of Ole Gunner Solskjaer and he will remain in his position regardless of whether or not United win any silverware this season.

His contract is about to enter the final 12 months. United might win the Europa League and are on course to finish second in the Premier League which is joint highest since Sir Alex Ferguson left in 2013.

United fans were disappointed last season when they failed to sign Jadon Sancho from Borussia Dortmund however even Sir Alex failed to bring in some of his big name attempts including Ronaldinho and Wesley Sneijder.

United fans have pointed out that the Reds are in the position of possibly not winning a trophy for the fourth year running and that hasn’t happened since the 1980’s. Solskjaer is under a lot of pressure to succeed and I can tell you that his priority is the Premier League title.

The future of Edinson Cavani at Manchester United is far from clear. He is rumoured both inside and outside the club to favour a return to South America where he could sign for Boca Juniors.

New Technical Director Darren Fletcher believes that one player could replace him to lead the United front line - Mason Greenwood. He has been talking over his plans with manager Ole Gunner Solskjaer and is pushing for Greenwood to be given more playing time.

Greenwood has not been at his best this season playing out wide on the wing however he is  lethal inside the box and can play with either his left or right foot and therefore is effective on either wing or through the middle.

Fletcher has gone as far as to say that Greenwood is United’s best striker and believes the strongest formation is Mason on the right, Anthony Martial in the middle and Marcus Rashford on the left with Bruno Fernandes at No.10.

Jesse back in everyone’s good books 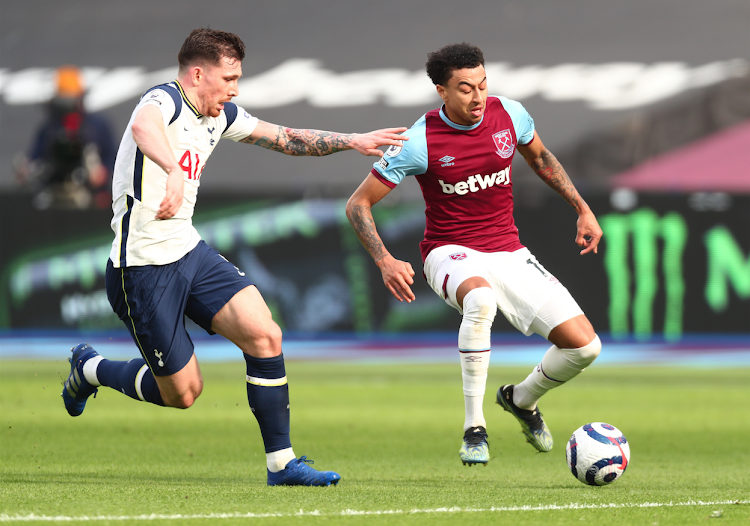 I am so delighted for Jesse Lingard. After his tough spell on the bench at United’s Old Trafford, his highly successful loan move to West Ham has been one of the highlights of the Premier League in recent months.

So much so that Jesse earned a return to the England international squad and I am told Manchester are preparing to offer him a new improved contract.

Where Foden sees himself playing

Despite scoring some spectacular goals this season, City ace Phil Foden thinks his future is in a central role.

City manager Pep Guardiola has used the 20-year-old in several positions recently and he has played in a central role as a No8 and No10 but he has also played out wide and even as a false No.9.

When asked which is his favourite position he said, “I’ve played off the left, off the right, false nine and in the middle. But from growing up, I’ve always played in one of the No8 or No10 positions so I would like to see myself playing there regularly one day for City, in the middle.”

I can reveal that Man United have received a bid of £12 million for right-back Diogo Dalot. He left for AC Milan on a season-long loan and the Italian side have asked to sign him permanently. Aaron Wan-Bissaka is the preferred choice lately and there appears to be no place for 22-year-old Dalot. The Portuguese star is said to be agreeable to the move.

The jokes on Newcastle

Every time I write about Newcastle their plight seems to have got worse. Given that they are in a relegation fight it seems strange that manager Steve Bruce is spending a lot of time in his luxurious mansion home rather than on the training pitch.

The players have been given lots of time off lately to relax after matches. The joke around the club this week concerns the injury to Isaac Hayden.

Medical staff say he is out for the rest of the season and several players laughed and joked that he would only miss three or four training sessions!

Bale has his eyes on return to Spain

Word is going around Tottenham that Gareth Bale is keen to return to Madrid after his loan period ends in June.

He is fed up with sitting on the bench in Jose Mourinho’s team. He also says he has no choice as he belongs to Real. Surely he can’t be keen to return to his manager Zinedine Zidane who ignored him for two years.

My suspicious mind questions if the real reason is that Gareth is eyeing a return so he can enjoy the warm Spanish summer and playing golf at his favourite Golf La Moraleja li course. If only he loved playing for Mourinho as much as he loves his golf!