Stars shine bright in Togo, but too late in the day

The Stars had already been dimmed in Nairobi last Thursday and Monday's encounter was thinned out to bare formality.

•Kenya squandered a perfect opportunity to roast Egypt at home to revive their slim hopes of jetting to Cameroon for the finals in January but instead settled for a one-all draw at Moi Stadium, Kasarani. 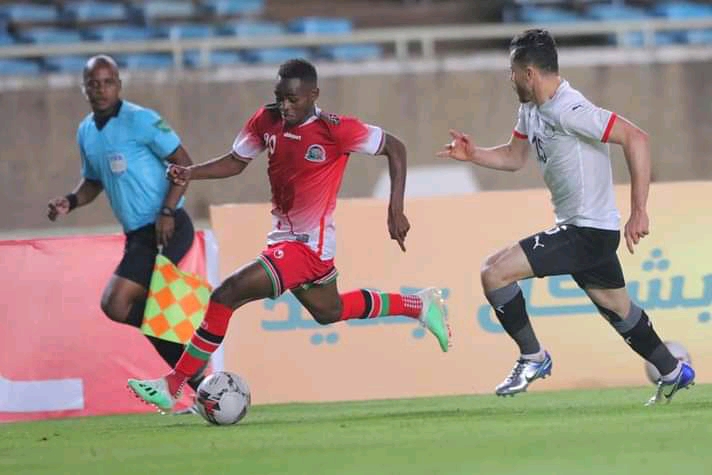 There was nothing much left for Kenyans to celebrate even as Harambee Stars put up a commendable performance too late in the day to register an emphatic 2-1 win over hosts Togo in Lome on Monday.

The Stars had already been dimmed in Nairobi last Thursday and Monday's encounter was thinned out to bare formality.

Kenya squandered a perfect opportunity to roast Egypt at home to revive their slim hopes of jetting to Cameroon for the finals in January but instead settled for a one-all draw at Moi Stadium, Kasarani.

Both Togo and Kenya knew this and took the match perfunctorily in the knowledge it bore no significance to either of them.

Eventually, the match kicked off with both sides seemingly treading cautiously and playing out a drab goal-less for the better part of the first half.

It wasn't until in the 32nd minute when Abdalla Hassan latched onto a Kevin Kimani piercing pass on the counter and outpaced a dazed Kangnivi Ama Tchoutchoui before calmly lobbing the ball over an advancing Togolese custodian Nguessan to fire the visitors ahead.

A couple of minutes later, Abdalla was a thorn in the flesh, causing the hosts immeasurable pain. The docker was breathing hard on the necks of the petrified Togolese once again, but this time, his finishing wasn't clinical enough to gift Kenya another eventful moment.

In the second half, the Togolese emerged from the tunnel roaring with rage and ready to devour. So severe were their inroads that the Kenyans reclined to defend in their own half, arranging themselves in a distinct 4-4-1-1 defensive formation in a bid to protect the slim lead.

Yet, occasionally, the visitors mustered up enough courage to spring out of their cocoons in the hope of harvesting a blossomed fruit. It almost happened in the 58th minute when Djene almost turned the ball into his own net in a frantic bid to clear Kevin Kimani's rasping shot from a setpiece, some 20 yards away.

That would be the Wazito man's last chance to put his name on the score sheet but he didn't. A minute later, he was beckoned off the pitch for the first substitution of the match that saw Cliff Nyakeya gladly fit in his shoes.

The Al Masr midfielder took no time to prove his worth on the pitch. He was soon advancing an attack down the right channel and an attempt to go for his first goal in the campaign ended up in a penalty after Djene brought him down in the area.

Masud Juma stepped up for the delicate role in the 63rd minute and the rest is history. The Stars became twice as brighter with the scoreboard flashing a 2-0 scoreline.

And just before the chicken came home to roost for Togo, coach Jacob 'Ghost' Mulee made another tactical change to protect the lead, this time bringing on Kenya Defence Force officer Harun Mwale for the spent banker Nahashon Alembi.

The second goal apparently triggered an instant revolt in the Togolese camp who came out blazing their arsenals on the visitors. In the 75th minute, Kenyan hawk-eyed custodian James Saruni came off his line to deny Amekoudji an open chance to pull one back for the hosts.

And in the 80th minute, he came to Kenya's rescue again when he neatly scooped Ouro Agoro's goal-bound header and cautioned it safely on his chest.

The Togolese were not done just yet. They made further menacing inroads into Kenya's territory and their resilience eventually paid off when they earned a penalty in stoppage time to draw a consolation.