Can Gor Mahia repeat their 1987 feat in Champions League?

Back then, K’Ogalo basked in the warmth of unprecedented international fame and glory after seeing off Esperance of Tunisia to bag the coveted trophy.

• Skipper Kenneth Muguna is confident that like fine wine, the Kenyan side can only get better with time.

• Stand-in coach Sammy ‘Pamzo’ Omollo is, however, worried about the wanting fitness levels of his players and believes it’s the only loophole that needs to be plugged. 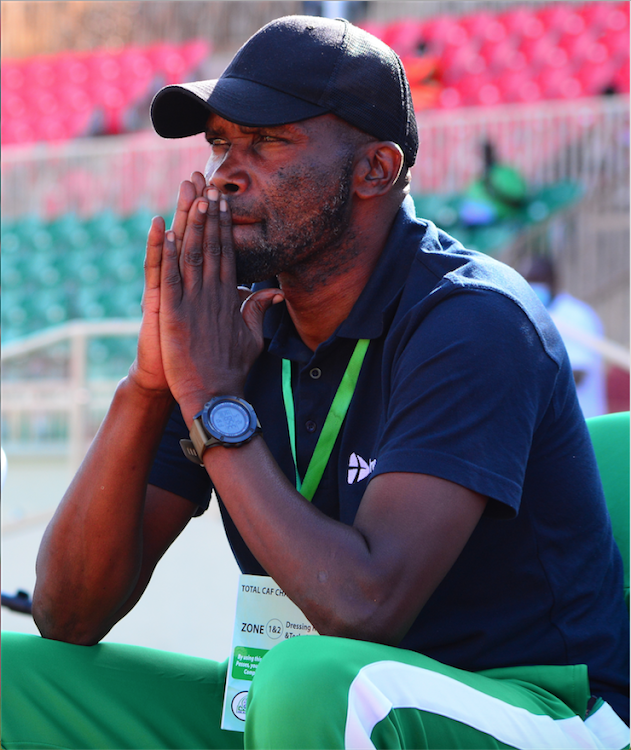 Kenyan Premier League champions Gor Mahia hope to shape the narrative of the 2020 CAF Champions League by replicating the success they enjoyed in 1987, when they clinched the Mandela Cup.

Back then, K’Ogalo basked in the warmth of unprecedented international fame and glory after seeing off Esperance of Tunisia to bag the coveted trophy.

Gor, steered by their mercurial forward Peter Dawo, hoisted the country’s flag high and made history as the first team from Eastern Africa to have ever scaled such great heights.

As they face Algerian representatives CR Belouizdad on December 26 in a rescheduled match, necessitated by the host country’s tough anti-Covid-19 measures — which restrict flying in of commercial flights — K’Ogalo are still convinced they can relive the classical fairy tale.

The record Kenyan champions feel it is their time to rise again after taking futile successive stabs at continental silverware for the last 33 years. Gor Mahia dug deep to overhaul their squad in the just concluded transfer window and believe they now have the right personnel to execute the task ahead.

Skipper Kenneth Muguna is confident that like fine wine, the Kenyan side can only get better with time.

“A new set of players have joined us whose playing styles are obviously different but I’m sure the whole team will be able to blend well enough as time goes by,” says Muguna.

“By the time we meet our next opponents, we will be far much better.” Stand-in coach Sammy ‘Pamzo’ Omollo is, however, worried about the wanting fitness levels of his players and believes it’s the only loophole that needs to be plugged.

“My players were not 100 per cent fit. That’s because our league started late and we also didn’t have good preparations since we went for some days without training,” says Pamzo.

To reach the first round of the continents top competition, the 18-time Kenyan champions bounced back from a 1-0 preliminary first leg defeat to Rwandese side APR in Kigali to beat them 3-1 in the return fixture played at the Nyayo Stadium.

“We did nothing different from our game in Kigali. We had the same game plan and the same ambitions only that things worked for us in Nairobi because of the home advantage,” adds Muguna.

Pamzo said they were more prepared for their opponents in Nairobi, having already watched them in Kigali during the first leg.

“We knew that they were strong on the flanks and therefore we took the necessary precautions,” says Pamzo, adding that they also made some tactical changes that influenced the direction of the whole game.

“I introduced Miheso, who added some more punch on the flanks. I also brought in Sidney Ochieng, who stabilised the midfield when Bernard Ondiek appeared worn out. We also changed our style of play and decided to make use of the wings. I knew Kipkirui (Nicholas) was good in the air and, as expected, he managed to head in our winner,” says Pamzo.

Gor’s splendid performance is undoubtedly a big relief for local fans, especially coming at a time the country is still trying to come to terms with the national team’s disastrous outing in the African Cup of Nations qualifiers, where they crashed to minnows Comoros Islands.

Gor brought the country pride and honour in 1979 when they became the first East and Central African team to advance to the finals of the African Cup Winners Cup after sending defending champions, Horoya, packing in the semifinals. 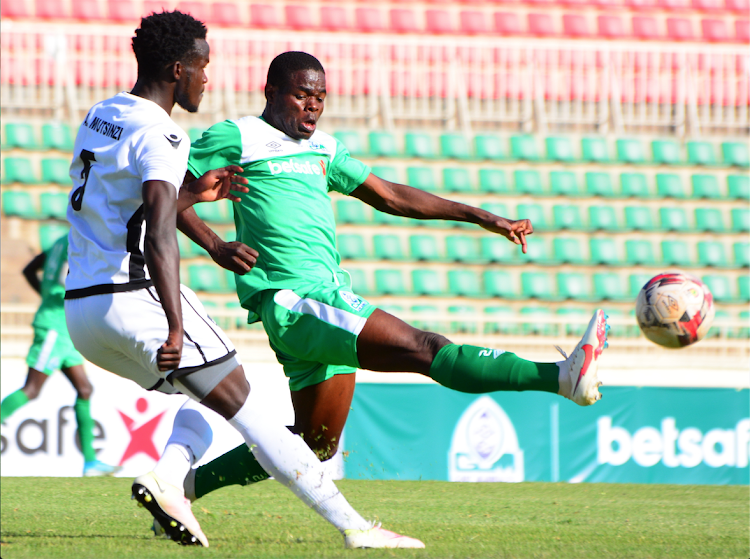 K’Ogalo is not the only Kenyan side to have navigated such deep seas though. Kenya Breweries (currently Tusker) wrote another history when they became the first Kenyan side to progress to the semifinals of a continental event in 1973. The brewers reached the semifinals of the Champions Cup after eliminating Ismailia of Egypt in the quarterfinals stage.

All in all, December 5, 1987, remains the country’s most memorable continental outing as Gor clinched the Mandela Cup at the Moi Stadium, Kasarani.

K’Ogalo kicked off their campaign against Marine of Somalia, whom they thrashed 3-0 in Nairobi before finishing them off in Mogadishu with a 2-0 thumping. Peter Dawo netted four out of the fivegoals with George ‘Fundi’ Onyango scoring the other.

The win propelled Gor to the second round where they faced Sudanese outfit El Merreikh, who held them to a 1-1 draw in Omdurman, Dawo again getting his name on the score sheet. The teams played out to a barren draw in the second leg at Moi Stadium, Kisumu and as such Gor progressed through to the next stage of the competition on the away-goal rule.

In the quarter-finals, Gor Mahia caused a major upset on the highly-rated Togolese side Entente Deux, who came to Nairobi vowing to turn the Kenyans into minced meat.

The late Sammy ‘Jogoo’ Onyango bagged a brace as skipper Austin ‘Makamu’ Oduor and Dawo added two to seal a comfortable 4-1 home win. Agunyo Kwami drew a consolation for the visitors as Gor ultimately booked a slot in the semis after the sides settled for a barren draw in their return leg in Lome, Togo.

Gor met Dragons L’Oueme of Benin in the semifinals and the two sides tied at 0-0 in the first leg in Cotonou. The match was, however, marred by controversy after Anthony Ndolo’s goal was inexplicably disallowed.

The teams met at Nyayo Stadium for the return leg and this turned out to be Gor’s most trying match in the course of the campaign. Motivated by the presence of President Daniel Arap Moi and a section of his cabinet, Fundi was on target only four minutes into the match. 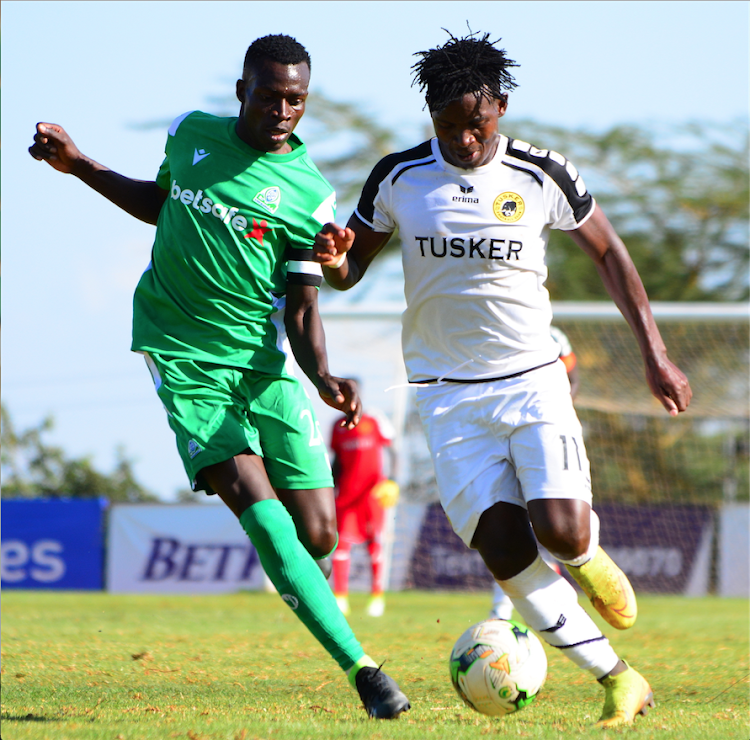 It wasn’t long though before the Dragons restored parity after Peter ‘Bassanga’ Otieno committed a howler and had his back pass intercepted by a prowling opponent who punished him with a goal. However, Dawo put the Kenyans back in the lead after rising high to head in a corner-kick.

Dragons L’Oueme unleashed a scare when they equalised with only 15 minutes left on the clock. Had the game ended in a draw Gor Mahia would have been eliminated on the away goal rule, but that was not to be.

Tobias Ocholla picked out Dawo with a fine pass from a throw-in and the striker’s flicker beat Peter Rufai in goal to send the Nyayo Stadium stands reverberating with ecstatic celebrations. Gor, subsequently, romped to the finals where they set a date with Esperance.

The first match of the final was held in Tunis and midfielder Abass Magongo broke the deadlock to put the Kenyans ahead before Esperance equalised and added a second one. Dawo, however, rose to the occasion yet again to save Gor from shame after he hurled a long-range drive into the back of the net to put the final score at 2-2.

The return leg was played at a fully-packed Moi Stadium, Kasarani. Despite being marked so tightly, Dawo connected with Magongo’s well taken corner-kick to put K’Ogalo ahead before Esperance equalised late in the second half. The North Africans’ late effort was not good enough as Gor Mahia went ahead to clinch the prestigious Mandela Cup (Africa Cup Winners’ Cup) on away-goal rule.

Should Gor Mahia win the CAF Champions League, it will be the first time in history that a Kenyan team will have done so. Founded in 1907, the competition has remained the preserve of the North and the West African teams. Egyptian giants, Al Ahly, are the most successful club in the competition’s history, having won the tournament nine times.

The first team to lift the trophy was Cameroonian side Oryx Douala, who beat Stade Malien of Mali 2–1 in a one-off final when the tournament started off as  African Cup of Champions Clubs in 1964.