Gundo’s current focus is on helping the national team qualify for the continental showpiece so much that his clubless status does not bother him.

•Ronny Gundo was one of Kenya Morans' standout performers in their 79-62 victory against Mozambique.

•His basketball journey has come along way since he began playing as a Form One student with minimal knowledge of basketball rules.

•His past and present coaches praise him for his discipline, fearlessness and selflessness. 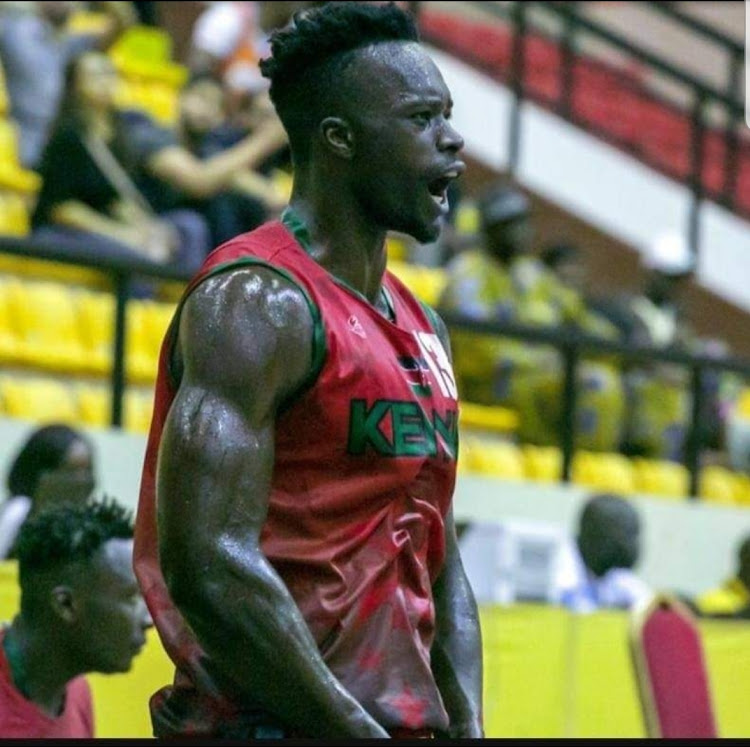 Ronny Gundo in a past match for the Kenya Morans
Image: COURTESY

Although the national basketball team lost to Senegal and Angola at the recent FIBA AfroBasket qualifiers, there is still hope that it will be among the teams gracing next year’s FIBA AfroBasket in Rwanda.

The Morans’ 79-62 victory against Mozambique was a testament that they have the pedigree to match the creme-de-la-creme of African basketball if only the right preparations and mentality are put in place.

One of the standout performers in their ultimate Group 'B' tie against the Southern Africans was Ronny Gundo whose 10.7 rebounds per game earned him the title of the best rebounder at the tournament.

Gundo is raring to go for the next round of qualifiers between February 19 and 21 next year at a yet-to-be-determined venue and cannot wait to pick up from where he left as far as his virtuoso performance against Mozambique is concerned.

Moran’s head coach Cliff Owuor describes Gundo as a dependable player with his best years ahead of him.

“He is such a beast. What happened in Kigali were only flashes of his brilliance and just like the other players, he was not at his best,” Owuor says of the player he calls “Gogi” (freight train).

Similarly, Morans’ assistant coach Collins Gaya praises the 6ft 8 inches forward for his teachable spirit and willingness to learn in order to better his performance.

“He plays his role perfectly. He is ready to play any role to make his team win. Personally, I found it easy coaching him and pushing him and he did appreciate,” Gaya says.

Not only that but Gundo also commands the dressing room where everyone is always all-ears whenever he speaks.

Gaya attributes this to Gundo leading by example on the court where he is never in pursuit of personal glory at the expense of the team.

“He is a pass-first player who does not take a lot of shots or post. He is excellent in playing defensive and rebounding. Going into the tournament, we looked to him having a bigger role offensively and he did answer the call,” Gaya says.

“He and Tyler Ongwae (national basketball teammate) came to the national team’s training camp at Railways Club uninvited. Both players made the final team,” Owino recalls. 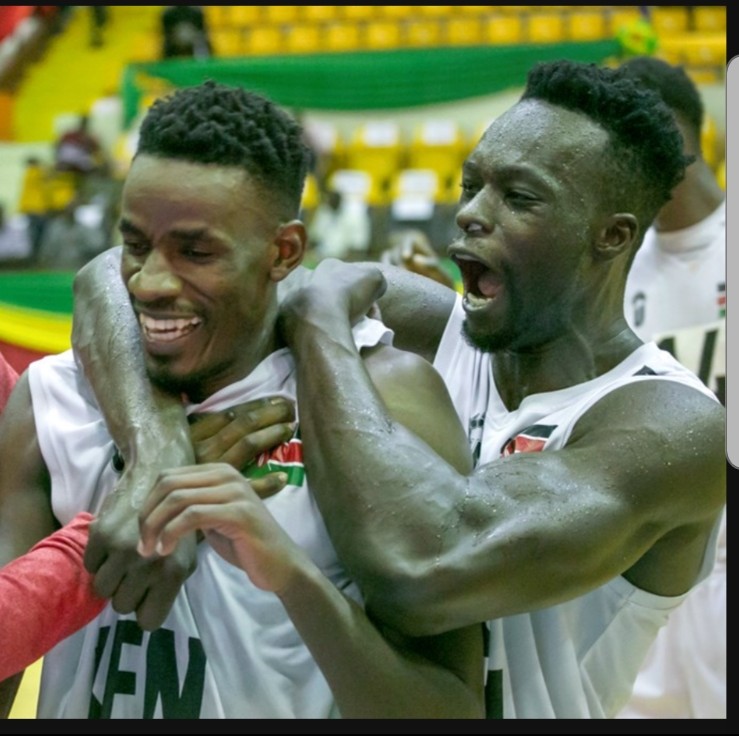 Gundo and Ongwae (left) have been friends and national teammates for a long time.
Image: COURTESY

With the fearlessness that he exhibited amidst other seasoned national team players, there was no way that Owino could drop Gundo from the final squad.

“Gundo was extremely athletic, getting rebounds, blocking shots and scoring from the perimeter. The talent he has is unbelievable. His vertical leap and timing is superb,” Owino says.

Despite high praise from his coaches, Gundo chooses to keep his feet firmly planted on the ground and his head held high.

He admits that there are certain aspects of his game that needs refining before he can become the final product. 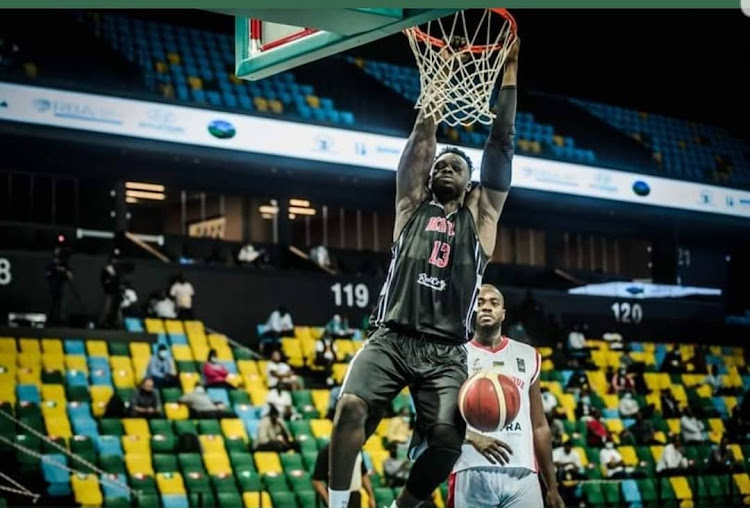 KING OF THE RIM: Gundo slam dunks during their match against Mozambique in the FIBA AfroBasket qualifiers in Kigali, Rwanda.
Image: COURTESY

“As the energy guy and the man that does the dirty work, I cannot take breaks. In Rwanda, I also got in foul trouble that really put the team in a tough spot. So for sure I have a lot more to work on,” Gundo, 28, says.

The U.S-based believes that his success in basketball is not of his own doing but with the assistance of many others who held his hand in his career.

Gundo was born on July 21, 1992, to John Gombe who passed on ten years ago, and Rael Gombe. He hails from Nyakach, Kisumu County.

He grew up in Nairobi where he went to Gentiana Primary School in Satellite. He went to Onjiko High School for one year before proceeding to Maseno High School.

“My biggest influence in the game was Dismas Oketch from Kisumu. He put the ball in my hands and insisted I should play. I don’t think there is any other influence bigger than that. I am forever grateful,” he says.

He was named the Most Valuable Player (MVP) in the national secondary school games in 2010 and thereafter made his first trip to USA to attend a basketball camp.

Shortly after, on account of his talent, he received a scholarship to study at Canisius College in Buffalo, New York before he transferred to Robert Morris University for his final year.

In the USA, his prowess could not go unnoticed as he was named Athlete of the Year as a freshman in college. 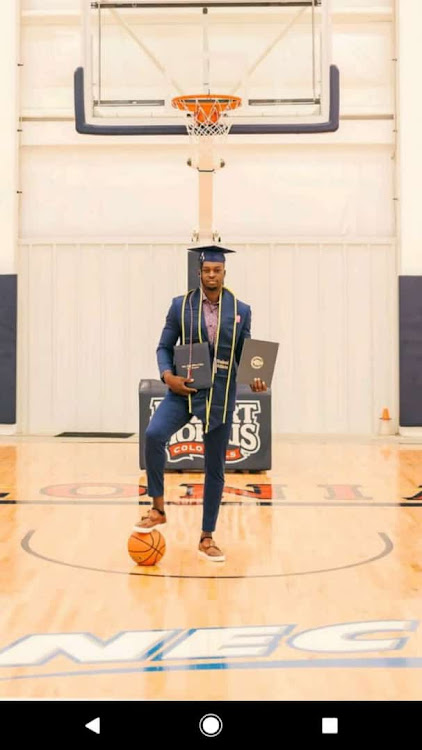 Gundo’s current focus is on helping the national team qualify for the continental showpiece so much that his clubless status does not bother him.

“We are well aware of everything we did well to succeed while highlighting our mistakes so as not to repeat them. We’ve shown that we are very much capable of competing on the big stage,” Gundo says.

A return to Spain, to his former employers — Chocolate Trapa/Filpenses — is not out of contention for the free agent.

Having been offered a chance to showcase his talent at a very young age, Gundo’s desire is to see other raw talents access the same opportunities.

“Nowadays the kids start to play as early as 10 years, unlike us who were introduced to the game while in high school. The interest is overwhelming and with so many youngsters playing throughout the country, the future seems bright. And the question — when Kenya will make a breakthrough? — will soon be answered,” he says.