Oliviera fights off aspersions cast on his credentials

Gor Mahia FC's head coach Robertinho Oliviera Conclaves insists he is fully qualified to guide the side in the Confederation of African Champions League.

•Caf said that Oliviera's Brazilian 'B' coaching qualification is not at par with the bare minimum stipulated in the statutes and as such he didn't meet the threshold to sit in the dugout during the continental showpiece.

•Oliviera has questioned the rationale behind the continental football governing body's decision, and instantly drew attention to his past duties in the 2018 Caf confederations Cup where he guided Rayon Sports of Rwanda up to the quarterfinals stage. 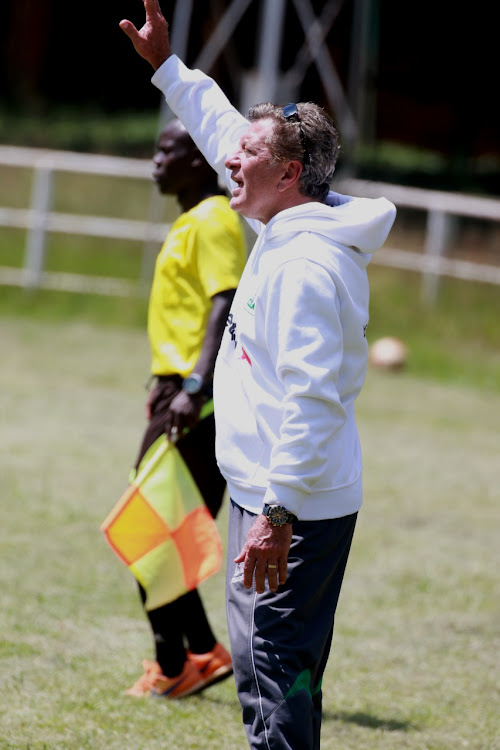 Gor Mahia FC head coach Robertinho Oliviera Conclaves has dismissed claims that he is not qualified to guide the Kenyan side in the Confederation of African Football Champions League.

"You can't tell me I'm not qualified yet you all know that I was in charge of Rayon Sports in Caf Confederations Cup in 2018," said Oliviera.

Caf, through a letter signed by acting secretary-general Abdelmounaim Bah, said Oliviera's Brazilian 'B' coaching qualifications were not at par with the bare minimum stipulated in the continental bodies' statutes. Caf requires a coach to possess a minimum of Caf 'B' Licence to sit on the bench.

"Oliviera can only conduct training sessions or do some consultancy work, but he doesn't qualify to stand at the touchline during matches," said Mwendwa.

"He is free to sit on Gor's bench as long as they are not still involved in Caf competitions," said Okaka.

According to Caf, a coach should have 'mandatory valid Caf 'A' License', but allows the participation of coaches holding a valid Caf 'B' licence in a country where a Caf 'A' Licence course has not been conducted in the last five years.

"In respect of the above, we would like to communicate that as per the coaching licenses information, head coach of Gor Mahia Roberto Oliviera does not meet the requirements and consequently will not be allowed to sit on the touchline during matches."