How Kataka forging a career outside football

“Footballers should think of investing while they are still actively involved in playing,"—Kataka

•In a span of three years from 2010, Kataka played for no less than four clubs. After his brief stay at Stima, he moved to now defunct

•“Nobody really inspired me to start playing because I just loved football. I can recall my age-mates referring to me as ‘Cantona’ back in primary,” he remembers. 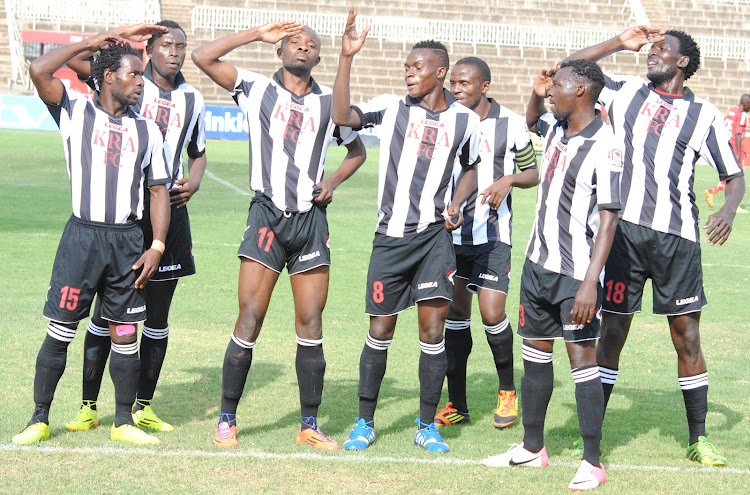 Geoffrey Kataka (L) with KRA team-mates in a past match against Ulinzi
Image: FILE

A model employee and an enterprising businessman. These are attributes that would rarely have described a modern Kenyan footballer but are becoming increasingly familiar with footballers now earning more money than ever on the domestic front.

Retired footballer Geoffrey Kataka is one such individual whose life off the pitch during his playing days and now is one that needs to be emulated.

Not only is he a mid-level employee at Postal Corporation Kenya but also a small business owner dealing in metal fabrications.

The third born in a family of seven was a late bloomer in the game but still managed to leave a mark in the Kenyan Premier League, where he played for no less than four clubs but was also a regular Harambee Stars call up.

The God fearing father of one started playing football all the way back in his primary school days at Ebutunyi Primary School in Vihiga county.

“My major early challenge was that my parents never believed that football could bring something positive in one’s life so they really tried to discourage me from playing it,” recalled Kataka of his early start. 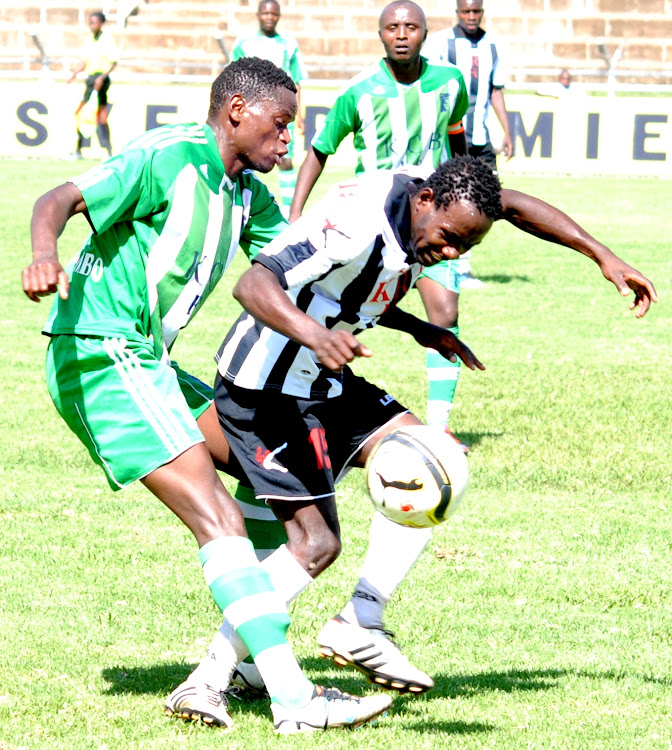 “Nobody really inspired me to start playing because I just loved football. I can recall my age-mates referring to me as ‘Cantona’ back in primary,” he remembers.

After his high school studies, Kataka came to Nairobi  and joined MOYAS (now MOSCA) in 2007. He did not last long there and moved to

KRA FC (currently NSL side, Ushuru) in 2008. “After a hectic start to football life, I took a break in 2009 by joining college then came back in 2010 and signed for AFC Leopards.”

The unsettled youngster did not know if football was really a worthy career just yet and that made it difficult for him to stay put at any club when he was not playing. Barely months after joining Leopards, the then 22-year-old switched allegiance to Nairobi  Stima.

“I was really jumpy at the start of my football career. I wanted to play on a regular basis because I was confident of my abilities and that is why I was constantly on the move.”

In a span of three years from 2010, Kataka played for no less than four clubs. After his brief stay at Stima, he moved to now defunct

Mahakama in 2011 Posta Rangers and then back to KRA. His final bow in the football scene came at Wazito before he called it a day and started off his life after football.

“The idea of starting my own business came after I sustained an injury that kept me off the pitch for almost two seasons,” Kataka explained of his venturing into Prigeo Fabricators operating under Prigeo Enterprises, where they deal with matters steel and repairs. 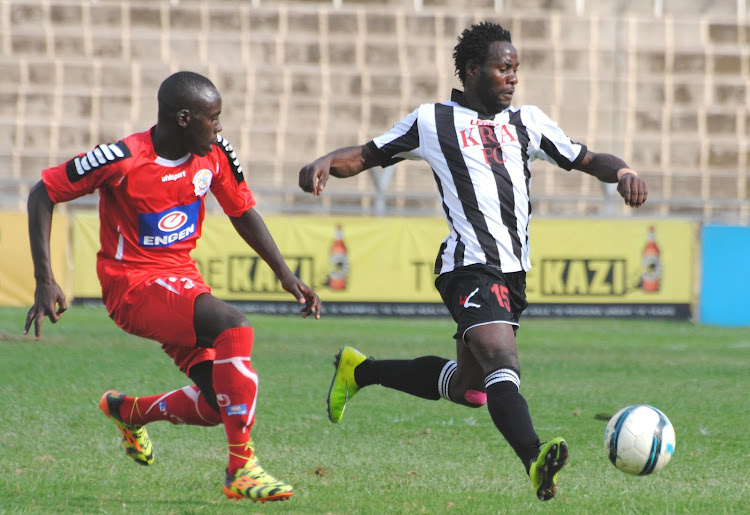 Unlike most of his contemporaries who invested in the fashion and hospitality industry, Kataka turned to engineering works.

The former striker had no prior experience in the business venture he undertook but was determined to succeed all the same in the enterprise which involved welding and fabrication.

“I never did any course in regards to my current business it was just ‘a guess work’ that later turned out somehow successful,” said Kataka.

With his business having taken a foothold, the 32-year-old resorted to hiring wage earners to help him meet customers’ deadline. The entrepreneur, however, hopes to have full-time metal workers as business increases.

“So far, there are no permanent employees. Those I deal with come on casual basis depending on the amount of work to be done,” he said.

On regular week days unlike most of his compatriots in the game, Kataka is busy in his office at Teleposta Towers, where he serves in the Human Resource department in the training and performance section.

Kataka hails former KRA coach Ken Kenyatta and John Kamau as key figures who helped shape his football career and his character allowing him to be successful outside the pitch.

Cameroon Kataka, who was part of Kenya’s squad that drew 2-2 with Comoros nearly six years ago, regretted the current situation of Stars.

“I had memorable experiences in the National team, which includes the trips to Comoros for Afcon qualifiers, the friendly matches against Egypt and Morocco, as well as the SportPesa All-star trip to the UK.

This makes me heartbroken by the two results the national team has endured recently because we have all ingredients to succeed,” he remarked. 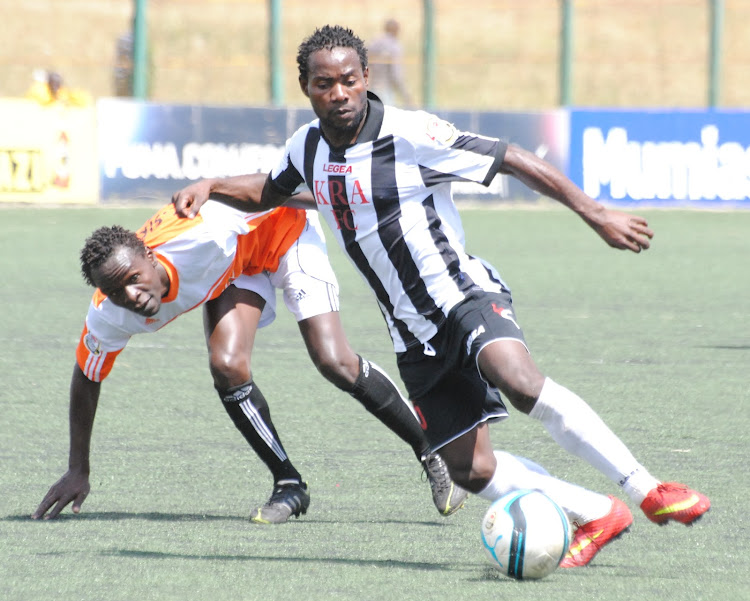 Geoffrey kataka (R) of KRA in past action with Dennis Sikai, formerly with Top Fry but currently with Wazito.
Image: FILE

“The current state of soccer in the country is really wanting and I hope the stakeholders are working on the ways possible to revive it and for the national team, a certified foreign coach will be a better option since we have found it difficult to believe and trust our own,” he suggested.

Kataka has few regrets in football and it’s just as well as it helped him gain employment and eventually save enough to start his own business. “I have no major regret about the game but in 2015 after joining Posta Rangers, I had one setback that I can’t forget—a lower back injury that really slowed down the momentum I had gained for the game. All in all, football gave me the job I have today and I am grateful,” said the father of one.

With his life off the pitch seemingly set, Kataka whose major achievements included helping KRA gain promotion to the Premier League in 2013 as well as earning several call-ups and caps for the national team and making it to the final squad that played Hull City in the UK is in a position to offer some advise.

“Footballers should think of investing while they are still actively involved in playing. It can be both education-wise or business-wise,” he concludes.