Kamura's departure could whip up a selection headache for coach Thomas Trucha who will experience a lacuna in the central defence.

•The 26-year-old lanky central defender has reportedly attracted tremendous interest in Zambia and Tanzania owing to his exceptional exploits on the pitch.

•In 2018, aged only 24, Kamura took up full responsibility at AFC Leopards after inheriting the armband from Duncan Otieno who moved to the Zambian Super League. 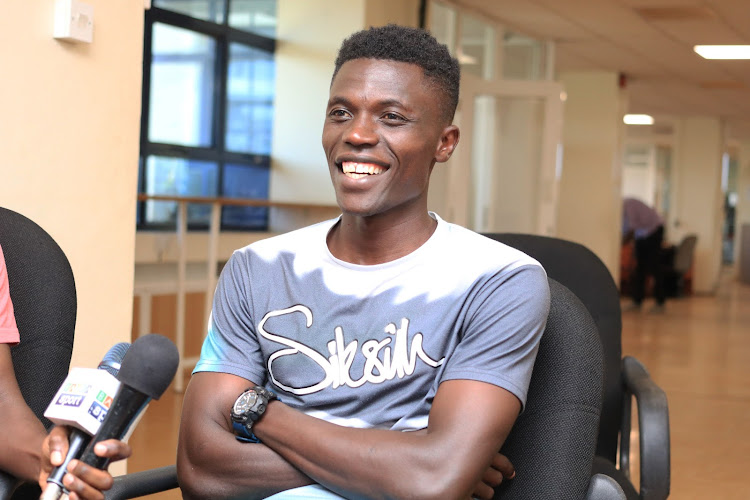 Barely a day after Duncan Otieno ditched the side, AFC Leopards are staring at another major setback with speculations now rife that their skipper Robinson Kamura could also be on his way out.

The 26-year-old lanky defender has reportedly attracted tremendous interest in Zambia and Tanzania, owing to his exceptional exploits on the pitch.

Kamura, whose contract with the 13-time Kenyan Premier League champions runs out on December 31, has been in talks with a Tanzanian top-flight side who deployed their contact to Kenya on Saturday in an apparent last ditch effort aimed at charming him into inking a deal after seemingly prolonged negotiations.

The Tanzanian premiership heavyweights will, however, first have to fend off stiff competition from a popular Zambian top tier outfit who have been keeping tabs on Kamura's performance for a while now, with their sights firmly set on bringing him to their stable in the long run.

Indeed, the player has confirmed he already has some enticing offers on the table which he is studying closely before he can make up his mind.

"Yeah, it's true I'm being pursued by clubs in Zambia and Tanzania. The Zambian club began showing interest as early as last season; then on Saturday, I got a call from Tanzania asking me to meet their contact person in Kenya," said Kamura.

The Jamhuri High School alumnus joined Ingwe in 2017 and only months later got appointed the club's assistant captain. In 2018, aged only 24, Kamura took up full responsibility after inheriting the armband from Duncan Otieno who moved to the Zambian Super League. He was part of the Leopards' squad that lifted the GOtv Shield Cup in 2017.

Kamura's departure, if effected, could whip up a selection headache for coach Thomas Trucha, the Czech Republic national who will be left with a lacuna of experience in the central defence.

What's more, the KPL side failed to cement a permanent deal with Duncan Otieno who bolted out of the Den, barely a fortnight after he had been unveiled as one of the players enlisted to challenge for the title in the 2020/2021 KPL season.

Otieno, 26, is already in the Southern Africa nation and has put pen to paper in a deal that will see him make a grand return to the Zambian top tier after he previously featured for Nkana FC in the same competition.

He joined Nkana in 2018 from Leopards. Otieno confirmed his move to the Lusaka-based side on Saturday, saying he was happy with his decision.

"Indeed, I can certainly tell you now I am already a Lusaka Dynamos player after signing the contract," said Otieno.