What next for Mwendwa after being handed four more years?

•Former AFC Leopards chairman Dan Mule and Kahawa Tungu journalist Boniface Osano made a colossal mockery of the entire process as they each returned home with a pair of empty hands. 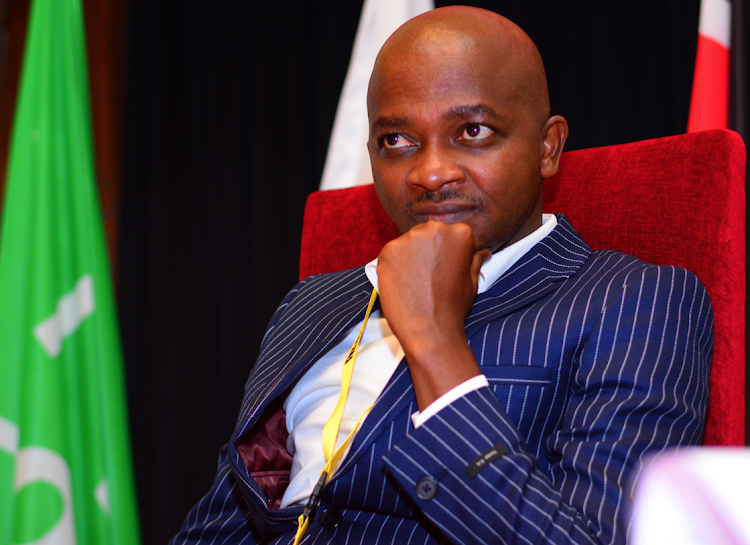 Nick Mwendwa is the proverbial cat with nine lives.

He once again exhibited his resilience during the Football Kenya Federation (FKF) presidential elections held at the Safari Park Hotel on Saturday, when he swiftly shoved behind him a controversy-ridden first term in office to pounce on his opponents with a feline agility, sending them tumbling to the surface and clawing them mercilessly.

It was a trying moment for the FKF supremo, who looked isolated at the venue and abandoned to his own fate.

Sporting a black pinstripe suit and white shirt, Mwendwa appeared fidgety on a red chair at the dias raised slightly above a well polished floor of the hall that housed no more than 85 delegates who occupied tables decorated with red, green, black and white linen. As he cast a lonely figure at the dias, it wasn’t clear if he was glaring at this crowd or simply staring right into his uncertain future.

He knew well that the crowd comprised  delegates rooting for his re-election and those praying for his extinction.

Only FKF CEO Barry Otieno, who sat next to him and wore a black pinstripe suit and white shirt exactly like him, would have cushioned him from a thunderous fall if there could have been any.

At some point, he even struggled to deliver a speech when invited by the FKF Electoral Board chairperson Kentice Tikolo to flag off the exercise.

Hardly smiling and looking lost in thought while shuffling his feet restlessly throughout the process, Mwendwa remained patient like a chicken resigned to fate in the face of a sparkling sharp knife. 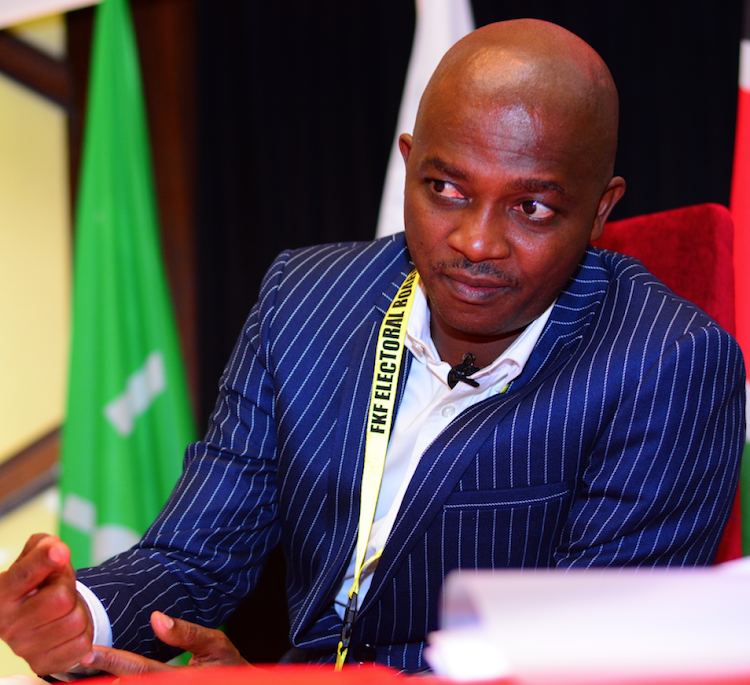 But Lady Luck eventually smiled on Mwendwa, who marked the beginning of his second term in style with an emphatic 90.5 per cent approval rating accorded to him by the delegates drawn from FKF county branches, clubs participating in the Kenyan Premier League, the National Super League, the Kenya Women Premier League as well as both the men’s and women’s Division One Leagues.

Indeed, his landslide victory was a big political statement in its own right, a feat that reduced his opponents to mere spectators in a game they should have owned and easily run away with, considering the hostile environment that engulfed the embattled FKF supremo prior to the exercise.

Mwendwa might have been a candidate surrounded by adversities, but after momentarily recoiling from animosity, he stretched out at full length and plunged his fangs deep into the flesh of his opponents in a ruthless fashion.

As it turned out to be, his conquest was a dramatic turn of events that left his opponents smashed into smithereens and ground into minced meat, leaving them at best a bunch of comical wannabes.

Former Gor Mahia FC Chief Executive Officer, Lodvick Aduda, was Mwendwa’s closest competitor, but fell far short of expectations, garnering a laughable five votes out of the total 85 cast. Herbert Mwachiro was third with a paltry 3 votes but both former AFC Leopards chairman Dan Mule and Kahawa Tungu journalist Boniface Osano made a colossal mockery of the entire process as they each returned home with a pair of empty hands. 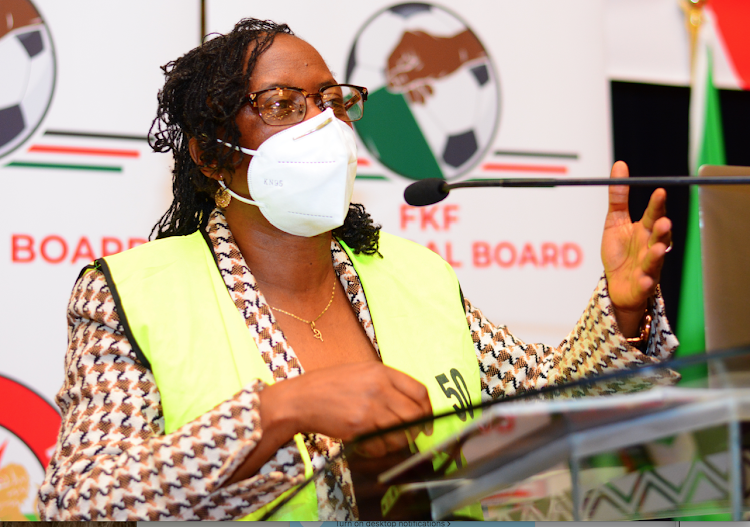 Even the eight delegates who voted against Mwendwa indirectly endorsed his candidature. Had they deemed him unfit to run for office, they could have stayed away as did Kakamega Homeboyz representatives.

Wazito might have had a second thought and made a last minute dash into the hall given that their CEO Dennis Gicheru made an appearance at the eleventh hour, long after Tikolo had declared that the KPL moneybags would be missing in action.

Had he chosen to keep off completely, his decision would have been understood. Wazito owner, tycoon businessman Riccardo Badoer has never hidden his disdain for Mwendwa with whom he has had occasional public spats, accusing him of running the federation unprofessionally.

Mwendwa also fell out with Kakamega Homeboyz proprietor Cleophas Shimanyula after his administration made a controversial decision to cancel the top tier and award Gor Mahia the crown. A furious Shimanyula argued that the move was meant to deny his side an inevitable first league title while also saving Kariobangi Sharks from the innocuous jaws of relegation.

Mwendwa had been expected to win. What came as a surprise was the huge trust the electorate bestowed in him, especially having limped into the polling centre badly wounded, following agonising months of vicious battles in the corridors of justice.

At the tail end of his first term, he had literally clutched at a straw, frantically keeping his head well above the raging storms while fighting back allegations of graft which his camp dismissed as a ploy meticulously crafted by his opponents to drown him out of existence.

In May this year, he spent a whole day at the Directorate of Criminal Investigation explaining how he spent the Sh244 million that the Ministry of Sports  allocated to the national team, Harambee Stars for the 2018 African Cup of Nations in Egypt. There was a complaint from the ministry over the manner in which the funds were spent, prompting the session.

He waded through a murky puddle of accusations splashed at him by teams participating in the Kenya Women Premier League who pinned him down over the use of money disbursed by Fifa for developing soccer at the grass roots.

He had to duck and hide from sharp barbs that were being hurled to him by a furious Kenyan Premier League Limited who vehemently opposed his controversial decision to snatch the management of the top tier from their purview. KPL’s tenure ran out on September 24 and exactly a couple of months after the FKF president pronounced intentions to cut ties with them. 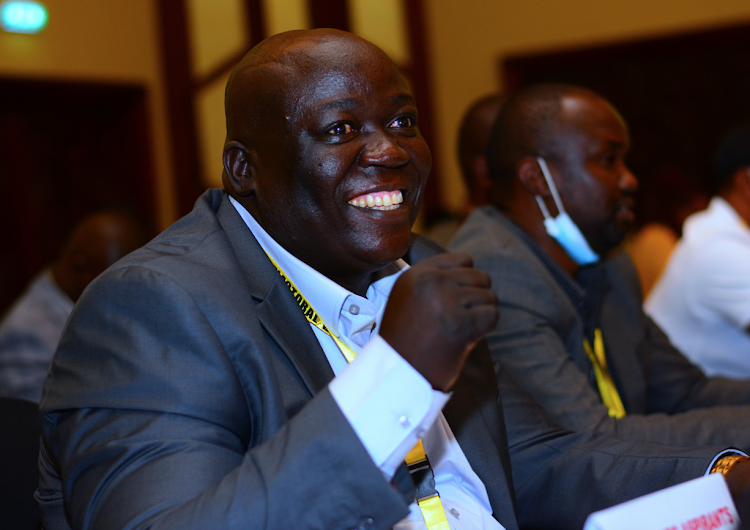 If the delegates chose to turn a blind eye to Mwendwa’s aforementioned shortcomings, it must have been because they elected to focus on his impressive track record at the federation.

During his controversial four-year reign, the under-fire FKF boss presided over a string of impressive results posted by the national teams.

Mwendwa rejuvenated Fifa’s trust in Kenyan football management after setting up accountable financial systems that led to the lifting of an embargo which had barred the federation from receiving grants meant for the development of youth and women football.

He also secured a permanent physical address for the federation at Goal Project in Kasarani in sharp contrast to the previous administration that transacted business at the Nyayo Stadium swimming pool area.

His administration oversaw the success of the men’s national football team, Harambee Stars, who qualified for the 2019 Africa Cup of Nations (Afcon) in Egypt after a 15-year absence.

FKF media officer Ken Okaka attributes this success to deliberate efforts made to organise quality international friendly matches for the national team. “Kenya’s qualification was made possible by the exposure the team got by playing many international friendlies coupled with high level coaching,” says Okaka.

Mwendwa was also instrumental in the revival of women’s football in the country, creating a conducive atmosphere for the growth and success of the sport in the country.

Says Okaka: “Under the previous regimes, little regard was given to women’s football. Indeed, there appeared a lack of concern for women in Kenyan football. The Starlets were constantly short-changed with non-payment of allowances, coupled with inferior, sometimes dangerous, working conditions.”

With these efforts firmly put in place, Harambee Starlets qualified for the Africa Women’s Cup of Nations in Cameroon in 2016, this being the first such major achievement in the history of Kenya’s football.

To cap off the feat, last year the Starlets dethroned host nation Tanzania at Chamazi Stadium to clinch the Council for East and Central Africa (Cecafa) Senior Women Championship. Mwendwa’s administration also established structures to provide a consistent pool of talent for the senior national teams. 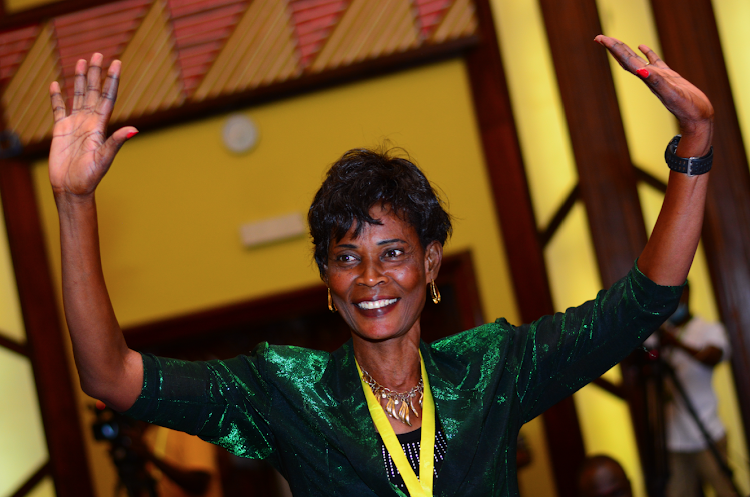 Besides constituting junior national teams that have remained active in international competitions, Mwendwa’s office introduced the U13/15 Leagues at the sub-branch level to provide budding players with a platform to showcase their talent. This also involved actualising the National Centre of Excellence, where players are put on a home-schooling program apart from being guided through football by highly qualified professionals.

Mwendwa also made history by being the first administrator to secured a sponsorship deal for the second and lower-tier leagues after bringing on board online betting firms BetKing and Betika.

To improve the quality of football in the country, FKF also invested in technical expertise, offering free coaching courses to over 3,000 tacticians who eventually obtained CAF D and CAF C licenses.

“This now means that players at the grass roots will be handled by qualified personnel.  It will also bridge the capacity gap that has denied coaches job opportunities in the past,” says Ojienda.

The federation has also been conducting free training and physical endurance tests for referees. This has resulted in a steady rise in the number of matches officials picked for international assignments.

Mwendwa’s first task in office will be to patch up differences currently being witnessed within the local football  circles. He must work closely with football stakeholders to strike a common ground in policies and objectives. FKF cannot achieve success for Kenyan football in isolation.