Prior to signing for Wazito last year,Rupia had featured for Zambia based Power Dynamos.

•Munene had joined the den on loan from Wazito at the start of the past season but the club says his performance has procured him a permanent stay for two seasons.

•Munene becomes the second player at the club to extend his stay after Ugandan goalkeeper Benjamin Ochan renewed his contract for a year in April. 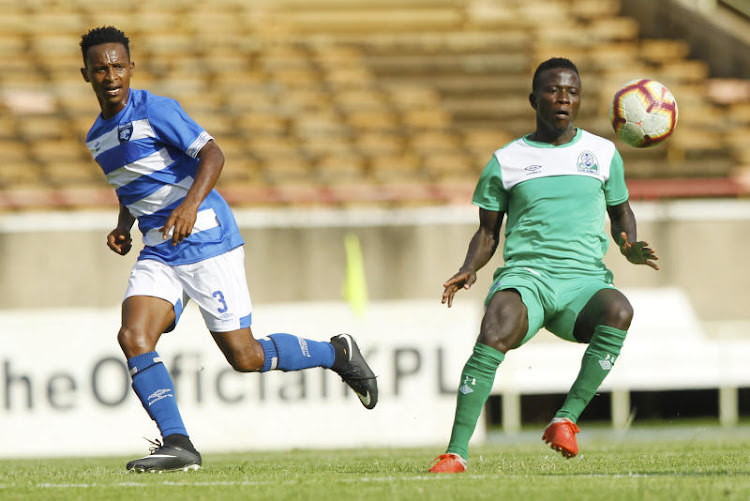 AFC Leopards have secured the services of former Nairobi Stima left back Washington Munene for the next two years.

Munene had joined the Den on loan from Wazito at the start of last season but the club say his performances have convinced them to strike a deal for him.

“We have reached an agreement with Munene to join the club on a permanent deal. The left back joined us initially on loan in September 2019 from Wazito and after impressing on and off the pitch, he has signed a two-year contract with the us,” said the club.

Munene becomes the second player at the club to extend his stay after Ugandan goalkeeper, Benjamin Ochan renewed his contract for a year in April. The club is also understood to be in negotiations with Elvis Rupia, whose contract expired in April.

The former Nzoia Sugar forward hinted of penning a short-term deal as his eyes are set on a return abroad. Prior to signing for Wazito last year, Rupia had featured for Zambia's Power Dynamos.

“Ingwe have been good to me despite my initial contract ending in April and it is only fair if I repay the love and support they have shown to me by extending my stay albeit for a short term,” he said.

Leopards are expected to unveil their new signings in the course of the week. Among the players set to be unleashed are Harrison Mwendwa, Peter Thiong'o from Kariobangi Sharks and Kakamega Homeboyz respectively. DR Congo national Fabrice Mugheni is also expected to be integrated into the squad.