Kibwage recounts the highs and lows in his football career

I lost my mother three days after signing for AFC Leopards. It was the worst day of my life

• Kibwage is the second born in a family of three boys. He is considered one of the most talented center backs in east Africa.

• Up-to today, his father, the only parent he has now, still makes a point to attend his matches whenever he finds time 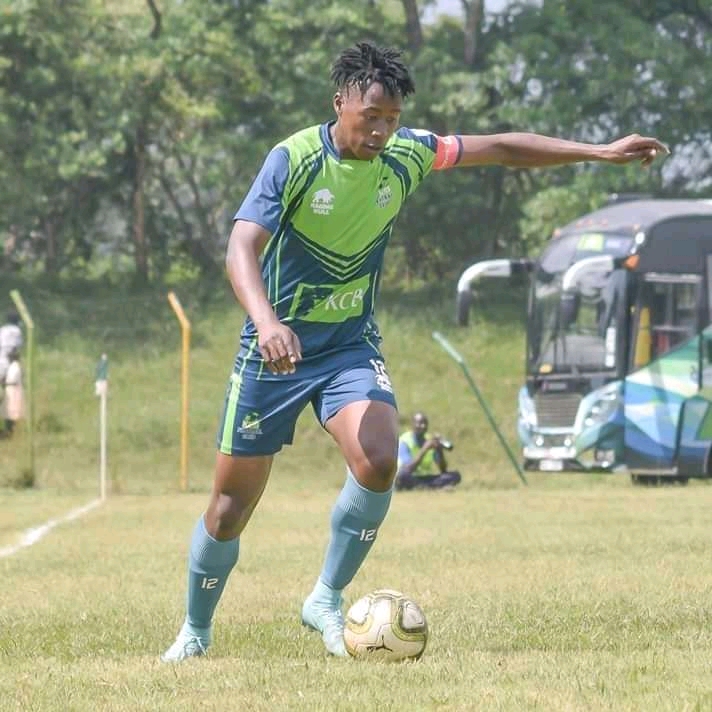 Michael Kibwage in a past action
Image: /file

Losing a parent is the most painful experience in life. It drains one both physically and mentally and the emotional damage it causes is irreparable.

He had just hit a jackpot in his football career by inking a major deal with his childhood dream club AFC Leopards, when the shocking news of his mother's sudden demise tore him apart. It ushered in an uncertain period that cast gloom over his seemingly bright future.

"I lost my mother three days after signing for AFC Leopards. It was the worst day of my life as I had thought she would now be able to witness my progressive path into higher levels of football," says Kibwage.

Kibwage said he felt like all his energy had been sapped; he sank to his knees in grief. His dreams to celebrate his achievements with his mother had been shattered by her sudden departure.

"My morale went down and I felt like the world had ended... I was so disappointed and felt so bad knowing that she won't be there to see my game in the top level and even in the future," he laments.

Although it has never been easy for him to fully emerge from the ashes, he says that the overwhelming support he received and continues to receive from friends and family has buoyed him up in the troubled waters.

"It's been disturbing me but I always try to keep going. I also thank my former club AFC Leopards who supported me during that difficult period of my life and for giving me the confidence I needed at that time," he adds.

His achievements so far speak volumes of his resilience, a clear testimony of a stoic fighter who has managed with enviable ability to put behind him a major setback in order to concentrate on what he loves doing most.

Born on October 1, 1997, Kibwage is the second born in a family of three boys. He is considered one of the most talented centre backs in East Africa. He is usually well composed on the ball and exhibits exemplary leadership skills on the pitch.

Kibwage embarked on his football voyage at the Friendship International Sports Academy (FISA), learning and polishing his fundamental skills at the tender age of seven. He also played at South B Primary School where he attended his elementary education.

"I started out my football journey as a central midfielder when I joined FISA's U-8 side at the age of seven," he recalls.

It was the current Kenya Police head coach and former international goalkeeper Charles 'Korea' Omondi together with the current FISA head coach Hannington Bwire who encouraged him to join the academy after they observed him playing in local tournaments.

"We were neighbours at Police Band in South B. They spotted me playing with other children in the estate and got impressed," he says.

Omondi and Kibwage's father Evans Oonge, both of whom worked in the Police service as officers were neighbours as well as bosom buddies.

Kibwage says that at the beginning, his parents brushed aside his idea of pursuing football, urging him instead to concentrate on his studies but as time went by, they showed a lot of interest.

"At first, my parents wanted me to concentrate on studies more. However, they later became much supportive. They bought me boots and made sure I was comfortable playing football," he says.

They even attended most of his matches to encourage him. He vividly remembers the day both father and mother attended a match he was featuring in while he was still a young boy.

"It was during Weche Cup, and I was turning out for FISA, while playing against Madaraka Estate at the Madaraka grounds. We won the final on penalties. This was an important match for me and I was happy they were there for me," he reminisces.

Up to today, his father still makes a point to attend his matches whenever he finds time. "He makes an effort, whenever he's available he comes," says the budding defender.

Kibwage sat for his Kenya Certificate of Primary Education (KCPE) in 2011 and proceeded to Mukumu High School in Kakamega County for his secondary education.

He had to wait patiently for his turn in order to feature for the school team and the opportunity came when he was in Form Three.

"When I joined Mukumu, I remained seated on the bench until while in Form Three, third term, when I managed to break into the first team," he recounts.

Their team wasn't all that superb given that they only managed to go as far as county games. In high school, he featured as a central defender.

Kibwage is full of praise for his former teacher Dennis Munyendo, the Mukumu principal at the time. Munyendo, he says, encouraged him to pursue football with zeal.

"My principal Dennis Munyendo used to tell me that I had the talent and shared with me what it takes to go far in football while reminding me that everything would depend on what I decided to do," he says.

He thereafter joined the academy side of Kakamega Homeboyz in 2016 to be part of their hunt for the Kenyan Premier League U-20 championship title.

"We were at the district stage of the school games at Mukumu and coach Gilbert Selebwa was around selecting a team that would represent Homeboyz and so I was lucky to be among those he picked," says Kibwage.

He grabbed the platform at Homeboyz to showcase what he could do if given a chance in top flight soccer. Much to his surprise, it was AFC Leopards' coach Stewart Hall who came knocking on his door. Stewart had placed him on his radar for quite some time during the U-20 championship and got interested in his services.

"My stellar performance at the KPL U-20 championship earned me a slot at Leopards," he reveals.

He ultimately penned a two-year deal with the soccer giants in 2017 immediately after completing his Kenya Certificate of Secondary Education (KCSE) exam. At the expiry of his contract with Leopards, he received a call from coach Frank Ouna inviting him to join KCB where he was immediately handed the armband upon his arrival. What made them decide to appoint him captain at KCB?

"I can't really tell why they picked me but I am humbled to be captain," he says.

Kibwage says he's happy at the bankers because the environment is conducive for growth and development.

"I have had a fantastic time with KCB. Everyone at KCB is happy and ready to do his part. The management is doing their job, technical bench is doing their job and the players know what is required of them as well," he observes.

Such is the situation at the bankers that his work as captain has become very easy. "Everything has been smooth and I am not having a difficult time," he says.

So far, he has earned nine call-ups to the senior national team and six to the U-23 side. His first national team assignment was against Swaziland in 2018 under immediate former head coach Sebastien Migne.

How did it feel donning the national team colors for the first time ever?

"It was the best feeling ever and an honour to represent the country," he says.

His most memorable time with the national team was when they featured in the intercontinental championship in India where they finished runners-up.

He fondly relives his experience in Madagascar while turning out for AFC Leopards during a CAF Champions League tie against Fosa Juniors where the sides played out to a barren draw.

His best moment as a footballer, he says, was when he won the GOtv Shield Cup with Leopards in 2017.

Kibwage says that Emmanuel Okwi of Uganda Cranes, who also plays for Tanzanian Premier League side, Simba, has so far proved to be the toughest striker he has battled with.

"He is experienced, clever, has pace and very mobile. He rotates on the pitch making him hard to mark and he is also good on the ball. He has dangerous runs and he knows how to create space in the box," says Kibwage.

Believed to be among the best crop of current central defenders Kenya has, Kibwage is still targeting an accolade. He says he wasn't really satisfied with how things turned out for him and his teammates last season, because they walked away empty-handed.

What are his key objectives for the new season?

"I want to win the KPL title, to win best defender accolade and to compete in the CAF Champions League, God-willing," he reveals.

His role model in football is Virgil van Dijk, the Dutch professional footballer who plays as a centre-back for Premier League club Liverpool and captains the Netherlands national team.

Kibwage, who says he prefers his marital life to remain a guarded secret, spends his free time watching movies.