All professional matches have been suspended until at least April 3.

• Promotion from the Championship and relegation from the Premier League is huge financially, so that is why I say the cup competitions might have to take the hit — Jenas

• Those comments were echoed by Jenas and Comolli, who have called on the biggest clubs in England to support lower-league clubs during this uncertain period. 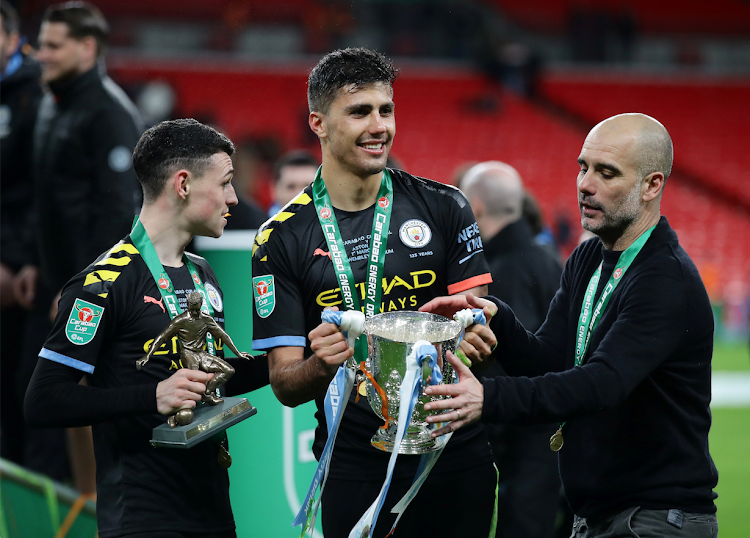 Former England midfielder Jermaine Jenas says cup competitions should be axed after elite football in Britain was postponed because of coronavirus.

All professional matches have been suspended until at least April 3.

Uefa is set to discuss Euro 2020 on Tuesday, before Premier League clubs meet for a second time on Thursday, and Jenas says the authorities should concentrate on “finishing the leagues”.

“We have to think smaller right now,” Jenas told the Football Daily Podcast. “Get rid of this season’s cup competitions and finish the league when we can, even if it means moving the Euros to 2021.”

The EFL is due to resume on April 3, while the Premier League says play will start on 4 April, subject to 'conditions at the time'.

Uefa is to hold a video conference tomorrow to decide whether to call off this summer’s European Championship finals, which are due to start on 12 June, while Premier League clubs will use Uefa’s decision to shape their revised plans for the English top flight on Thursday.

“I do think the domestic leagues are the most important,” Jenas added. “It’s impossible to please everybody, and only 50% of the Premier League clubs would be happy if the league was to finish right now. Liverpool would miss out on the title and Sheffield United and Wolves would not be able to qualify for the Champions League.

“Promotion from the Championship and relegation from the Premier League is huge financially, so that is why I say the cup competitions might have to take the hit.”

“Delaying the season and forgetting about all cup competitions and internationals would be the most logical situation,” he said. “Just concentrate on the league.”

Football around Europe has been halted amid the outbreak, and former Tottenham sporting director Damien Comolli says ‘there is so much at stake’.

“[Sky and BT] have already paid their TV money to Premier League clubs, but they could both say they want their money back proportionally if the season is not completed,” said Comolli. “So maybe the top six clubs can reimburse TV money but how can the smaller clubs, like Bournemouth, who have a high wage list but a stadium capacity of 12,000, reimburse TV money and pay their players?

“Legally, players’ contracts end on 30 June, so if the season goes beyond that there will have to be special contracts which we have not seen before.”

Since the decision to postpone the Premier League was taken, clubs have remained coy on refunds, saying only that match tickets will be valid for rearranged fixtures. But Comolli says reimbursing proportional costs of season tickets will be difficult if the league campaign is scrapped.

“Let’s assume clubs have five home games left. [Clubs like] Arsenal and Manchester United must be making £3-5m on ticket revenue and corporate seats, so they could lose £20-25m, which is a lot of money,” he added.

“They can cope with it on a game-by-game basis because they are among the 10 richest clubs in the world, but can they reimburse people for season tickets?”

“I think for the League One and League Two clubs, we are probably talking in the region of £300,000 to £400,000 in lost income until the end of the season,” said Maguire. “The main issue for those clubs is cash flow. Even if matches are [only] postponed, we have a three-week gap for certain so how will clubs pay wages and their suppliers?

“I think many clubs are going to struggle significantly. Many clubs are surviving on a match-to-match basis and are reliant on the loyal few thousand turning up.”

Those comments were echoed by Jenas and Comolli, who have called on the biggest clubs in England to support lower-league clubs during this uncertain period.

“The Premier League earns so much money, they should find a way to get through this difficult period, but if you go down the leagues there are some clubs who probably could not survive six months,” said Jenas.

“They would probably vanish and that is where the big responsibility lies. Hopefully they are looked after.”

Comolli added: “I hope the big clubs will think about the smaller clubs because it is the whole of the football pyramid that is affected. I hope they will see this as saving football. Football is about every weekend where clubs compete, so I really hope there will be solidarity.”