• Livestream the Arsenal vs West Ham United game on Showmax on Saturday, 7 March at 1750HRS 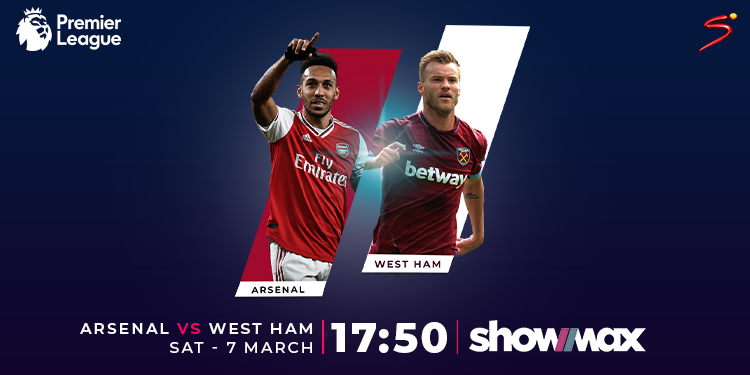 Livestream the Arsenal vs West Ham United game on Showmax on Saturday, 7 March at 17:50
Image: Showmax

Livestream the Arsenal vs West Ham United game on Showmax on Saturday, 7 March at 1750HRS, as they scrabble their way up the Premier League log.

It’s been a tough season for both teams, but there is still time for the Gunners to leapfrog their way up a few positions on the table, especially after a week of upsets that saw Liverpool’s 44-game winning streak broken, Leicester and Tottenham defeated and Manchester United draw.

What else is there to stream on Showmax?

Get 3 months of Showmax for the price of 1

Better yet, Showmax is currently running a special 3-for-1 deal, exclusive to Kenyans, that gives new and existing subscribers the chance to pay for 1 month of Showmax and get two months free.

Follow #showmaxing on Twitter to get recommendations on what to watch on Showmax, to share your favourites and to find out why this deal is not to be missed. Also, look out for the #ShowmaxMoments competitions on Twitter.

Get 3 months of Showmax for the price of 1 and watch incredible sport, series & movies.