Mwendwa fumes at his challengers, asks stakeholders to ignore them

Meanwhile over more than 3000 clubs will enjoy a handful of benefits after the federation signed a three-year lucrative deal worth Sh 127 million with betting firm Odibets.

•Mwendwa was almost a sure bet for a second term in office but the court,early this week rendered the outcome of the FKF's branches polls held last month null and void.

•I will be making my reaction to the SDT ruling soon.In the meantime I am focused on next year's events which involve all our national teams starting from U-17 to the senior team, 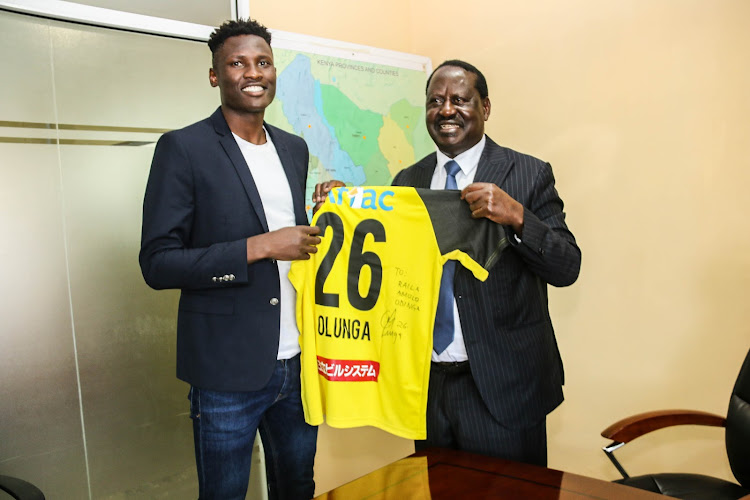 Football Kenya Federation President Nick Mwendwa has accused his competitors in the race to the helm of the national governing body of delaying the growth of football in the country.

Mwendwa was primed for a second term in office, unopposed but the SDT stopped him in his tracks on Tuesday.

While addressing club representatives from all the counties, accused his opponents of slowing the growth of the game.

Mwendwa said their decision to challenge the polls was in bad faith and worked against their plan of transforming all the sanctioned seven football tiers in the country.

"There are a few men who are roaming around with the intention of causing confusion. They always want us to be in disunity and I ask you to ignore them. We have no time for shenanigans as grassroot-based players are looking upon us for balls and training gear," said Mwendwa

"I will be reacting to the SDT ruling soon. In the meantime, I am focused on next year's events which involve all our national teams starting from U-17 to the senior teams."

Meanwhile, his challengers have exuded confidence that they will have their way in the name of an inclusive election.

Elsewhere, over more than 3000 clubs will enjoy a handful of benefits after the federation signed a three-year lucrative deal worth Sh127 million with betting firm Odibets.

The clubs which ply their trade in the County leagues will get two pairs of uniform for both their home and away matches, six footballs and will have part of their logistical expenses catered for from the deal among other benefits.

The firm's General Manager Dedan Mungai was optimistic of revamping the deal in the future where he hinted of rehabilitating facilities used by the clubs.

"We have elected to invest in grassroot football and we hope it will be able to benefit clubs which spot and nurture talents. This is just but the start and we are open to partner in future to develop facilities for the benefit of the players," said Mungai.