A new dawn for Stars as Mozambique come calling

Olunga cited the friendly as another apt opportunity for Stars to prepare for the start of the 2021 qualifiers.

•Coach Francis Kimanzi, in the second march of his second stint in charge, made significant changes to his squad 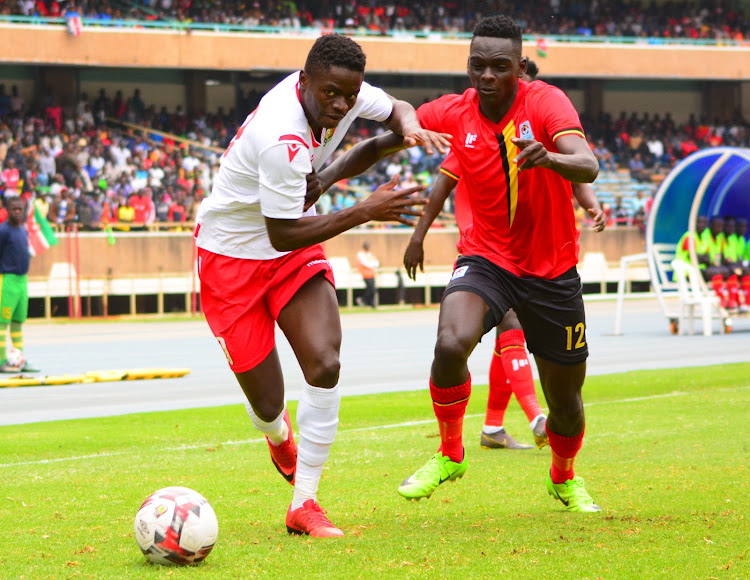 Tomorrow may mark a new dawn for Kenya’s national men’s football team, Harambee Stars as they take on Mozambique in a Fifa international friendly.

Coach Francis Kimanzi, in the second march of his second stint in charge, made significant changes to his squad with nearly half of the team that represented the country in the African Cup of Nations in Egypt four months ago omitted.

The biggest beneficiary has been Jesse Were, whose absence from the Stars team in Egypt, was widely criticised. “I am happy to be back in the team again. The faith shown in me gives me encouragement to work even harder and help the team achieve their objectives,” said the Zesco United striker.

Were has admittedly struggled to replicate his goal-scoring exploits at club level with the national team but the Emusire Boys alumni was unfazed by the sorry record.

“For a striker, scoring goals is important but I think playing well and helping the team get results is more vital. I will always strive to put the team first rather than get obsessed with personal ambitions,” said Were.

Leading striker Michael Olunga, the last player to join up with the Stars squad, cited the friendly as another apt opportunity for Stars to prepare for the start of the 2021 qualifiers.

“This game is important for us as a team to know the level where we are and give the coaches an opportunity to rectify and point areas of improvement before the qualifiers proper start,” said the prolific Kashiwa Reysol forward.

Olunga will once again lead the attack with skipper Victor Wanyama anchoring the midfield. It will be interesting to see who between Ian Otieno of Red Arrows and Yanga’s Farouk Shikalo will start in goal. After tomorrow’s friendly, Kimanzi and his coaching staff that includes assistant Zedekiah Otieno and goalkeeping coach Lawrence Webo will start plotting for next month’s opening Afcon qualifier against Egypt.

Meanwhile, Mozambique arrived yesterday and will have a feel of the Moi Stadium, Kasarani this morning.