Pochettino says Tottenham must stick together to overcome poor form

•“We need time again to build that togetherness that you need when you’re competing at this level,” Pochettino 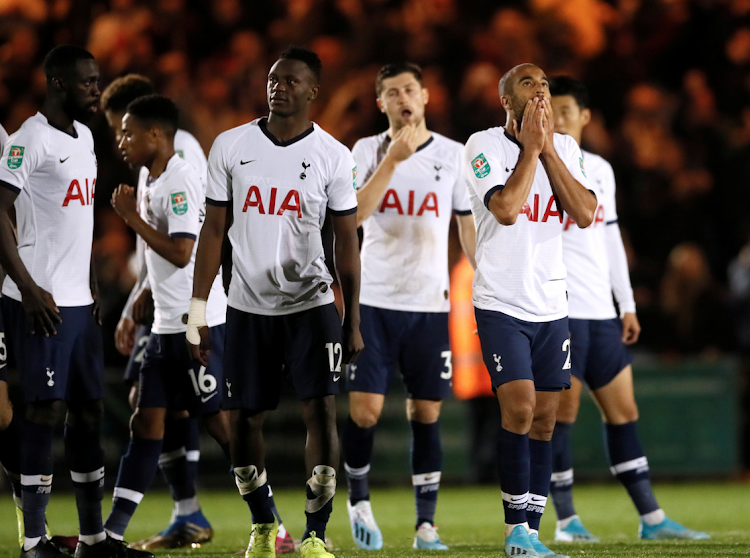 Tottenham Hotspur’s unsettled squad must make up for time lost in pre-season and build togetherness to arrest a slump in form, manager Mauricio Pochettino said after the London side crashed out of the League Cup on Tuesday.

Tottenham, runners-up to Liverpool in the Champions League last season, lost 4-3 on penalties to League Two (fourth-tier) Colchester United after a 2-1 defeat by Leicester City in the Premier League on Saturday.

“We need time again to build that togetherness that you need when you’re competing at this level,” Pochettino, who is yet to win a trophy at Tottenham since joining in 2014, told reporters.

Pochettino had endured a testing pre-season in which Danish playmaker Christian Eriksen was linked by the Spanish media with a switch to Real Madrid, while two losses in six league games has only added to the Argentine manager’s troubles.

“When you have an unsettled squad always it’s difficult and you lose time. You need time to recover the time you lose,” Pochettino added.

“That’s where we are. Maybe our performances are good but you need this extra, which is mental, connection. It’s energy to be together, not to have different agendas in the squad.”

Tottenham host Southampton in the Premier League on Saturday and Pochettino said his players had to stay calm to get back to winning ways. “We are in a period where it’s a bit tough for us but we keep working to find a solution,” he said.

“When this type of thing happens it’s about staying clear, fresh and calm. We’re trying to find solutions and we only need time.”

Elsewhere, Chelsea left-back Emerson Palmieri will be out until the middle of October after sustaining a thigh injury during Sunday's 2-1 Premier League defeat by leaders Liverpool, manager Frank Lampard has said.

Italian international Palmieri, who has started five out of six league games this season, was joined on the treatment table by fellow defender Andreas Christensen after the Danish centre back suffered a knee problem in the same match.

"Emerson now won't be back until the other side of the international break (during mid-October)," Lampard told a news conference ahead of Wednesday's League Cup third-round clash against Grimsby Town.

"It will be a few weeks because it is the recurrence of an injury so we have to be a bit careful with it... Andreas is not too severe. Hopefully, he won't be out for too long but I can't give a timeframe."

Lampard's side, who are 11th in the league with eight points after two wins, two draws and two losses, host Brighton & Hove Albion on Saturday.