• After Cameroon’s 3-2 loss to Nigeria in the last 16 some fans want Seedorf, who took the job in August 2018, replaced - but there are those who think the 43-year-old should be given more time. 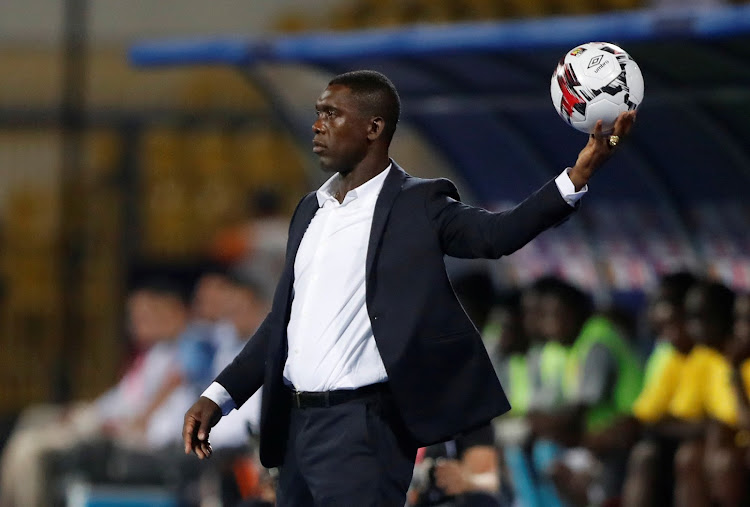 After Cameroon’s 3-2 loss to Nigeria in the last 16 some fans want Seedorf, who took the job in August 2018, replaced - but there are those who think the 43-year-old should be given more time.

The man himself is happy to continue and feels that this squad has shown promising signs - beliefs shared by former goalkeeper Joseph Antoine Bell. Both men also firmly believe that better management from senior officials is key to that success.

“We need to start planning now and I’m sure this is something Fecafoot’s (the Cameroon Football Federation) president is already doing,” said Seedorf.

“There are important events ahead — in 2021 Cameroon will host the Nations Cup, there are 2022 World Cup qualifiers as well as the African Nations Championship (CHAN). These are events we have to plan because we want things to move in the right direction in terms of organisation, professionalism and work ethic.”

Seedorf is confident that on the field things are moving in the right direction despite the loss to Nigeria.

“I think now is the time to reflect, there is talent in this team and I believe in the players I have,” he insisted. “I hope the group will stay united and protect what we’ve built. I decided to coach the Indomitable Lions because I’m upbeat about the sort of positive results we can get If we continue working hard.”

“When I joined the team, I found a lot of issues and problems from the past but we’ve decided to clean this up by showing to all the players that they’re important and crucial to us too.”

Seedorf urged the Cameroon supporters to stand by the squad after the loss.

“We are very sorry for the Cameroonian fans. We understand their aspirations were high but we made some mistakes and we paid for them,” he explained. “They should be proud of the team and understand that you can’t win all the time.”

Bell, who was part of three of Cameroon’s World Cup squads and played in 1994, was more damning of the running of football in the country. He feels that the row over money that delayed the Indomitable Lions’ arrival in Egypt was a good example of what is wrong with the national team.

“The elimination is a fallout from the lack of vision and organisation in Cameroon’s football,” he insisted to BBC Sport. “We are not very demanding from the team and the Lions aren’t put in the best conditions. Cameroon’s clash against Nigeria was the best performance I’ve seen from the team in close to two years.”

“Imagine if these boys had played highly-rated sides before the Afcon they would’ve performed better. It doesn’t suffice to beat Comoros 3-0 to think we’re good. Football stakeholders have to ensure that the team plays friendlies regularly against the top sides.”

“The running of our football is poor. There’s no vision and we don’t plan for the future. Football stakeholders only think about their interests and what they stand to benefit. We need to be honest with ourselves and do the right things. Only then can our football truly prosper.”

“The successes of the national team have, for a long time, made up for the shortcomings at home but now we need to be honest, set long-term objectives and try to achieve them.”