Why the heat is a hot topic at Afcon

• January has the lowest average temperature across the continent and May the highest, while in certain countries — such as Egypt — the highest heat of the year takes place in July itself (an average of 27.5 degrees).

• In a bid to avoid serious incident, Caf has had both ambulances and hospitals on standby for heat-related incidents while also taking other measures. 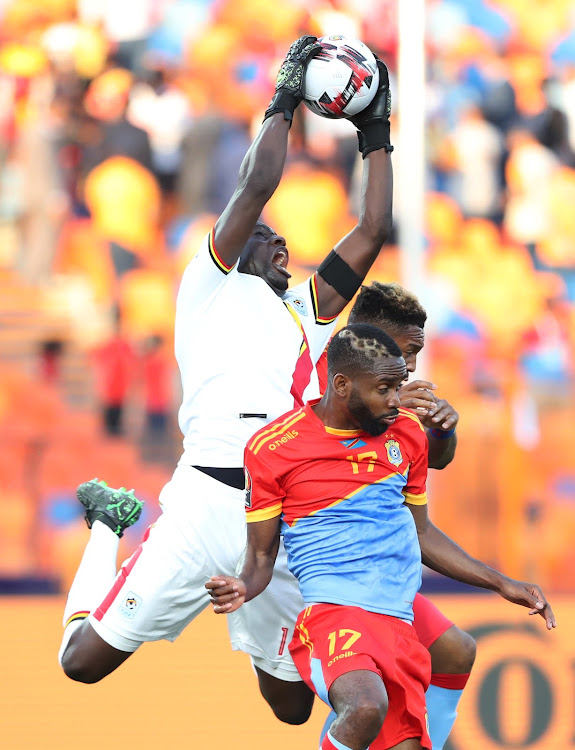 High temperatures at the Africa Cup of Nations became a hot topic in Egypt in more ways than one after dehydration prompted one player to be stretchered off during a game while another collapsed in training with the same issue.

When the Confederation of African Football (Caf) chose to move the Nations Cup from January-February to June-July two years ago, it was immediately clear that there would be knock-on effects for the tournament.

January has the lowest average temperature across the continent and May the highest, while in certain countries — such as Egypt — the highest heat of the year takes place in July itself (an average of 27.5 degrees).

This year’s Nations Cup, which started on 21 June, will climax on 19 July in Cairo but thankfully for the players, playing in the intense heat of the afternoon is now a thing of the past.

Uganda were the first team to play under such conditions and despite opening their Group A campaign with a 2-0 win over DR Congo, one of their goalscorers was far from impressed about playing in reported temperatures of 36 degrees Celsius.

“I don’t think we should be playing under so much heat,” Emmanuel Okwi told BBC Sport. “It shouldn’t be happening but I guess there are a lot of fixtures, television has to show the games so we can’t complain about it — we just have to push ourselves. It lowers the intensity of the game – that’s the only way you can manage the game.”

Okwi’s words about reduced intensity were prophetic if the number of goals scored at the different kick-off times are anything to go by. For goals in the late games in the group stages ended up being more than double those that took place in the afternoon. While the kick-offs at 1630 local time resulted in an average of 1.14 goals per game, this rose to 1.64 for the matches that started at 1800 or 1900 before rising to an average of 2.46 for clashes that started after 2100.

The latter’s 15 games resulted in 37 goals, in contrast to just the eight that came from the seven afternoon matches. Despite being heavily-fancied to lift their first title since 1976, Morocco laboured in the heat in their opening game as they eventually secured a 1-0 win over a Namibian side that would end up losing all their group games.

“It was not easy,” Morocco’s assistant coach Patrice Beaumelle told BBC Sport. “Some guys at half-time were white (in the face) – they were like ‘wow, it’s very hot’. It would be better if matches were played a bit later, for the entertainment and for the benefit of the players,” said Morocco coach Herve Renard. “Because those who will have the good fortune to go all the way will play seven matches and that’s a lot. These are tricky conditions but we are prepared,” Ivory Coast’s rising star Maxwel Cornet added. “We made a month of preparation in Abu Dhabi, where the heat is crazy. Even if it’s less here than in Abu Dhabi, it’s still crazy.”

In a bid to avoid serious incident, Caf has had both ambulances and hospitals on standby for heat-related incidents while also taking other measures. Temperatures are measured before every game, using the Wet Bulb Globe Temperature – whereby heat stress on the body is measured by a composition of temperature, solar radiation, humidity and wind speed – with any reading over 32 degrees Celsius requiring water breaks to be taken in both halves.

Officials from African football’s ruling body have also indicated their keenness for players to take water whenever there are breaks in play for injuries, as they try to keep some of the scenes witnessed as Uganda lost 2-0 to Egypt in Cairo last Sunday to a minimum.

Eighteen minutes from time, Uganda captain Denis Onyango was stretchered off as the heat compounded the effects of a flu he had been feeling before the game. He was the second player forced to miss out on playing time after Nigeria’s Samuel Kalu collapsed with severe dehydration shortly before the tournament.

The 21-year-old duly underwent extensive medical tests before being sidelined for Nigeria’s opening game, a 1-0 win over Burundi which helped them into the knock-out stages.

“We kept him out of the first game for precautionary reasons and only introduced him at the end of second game for gradual inclusion (into the tournament),” Dr Ibrahim Gyaran told BBC Sport. “His loss of consciousness was most likely because of this extreme weather. Today, he’s fine and on no medication. He is trying to control it mentally.”

“We have taken all necessary measures to prevent it happening again. We fully rehydrate the players with about 3 litres of fluid, including water and hydration fluids, make sure they get enough rest and sleep, and monitor their urine output to check their hydration levels.”

Since 1996, the Nations Cup has always been played in the first two months of the year but it has been moved to June and July for the first time in 2017 in a bid to ensure that Africa’s top players could be free from any club-v-country rows. Cameroon was originally scheduled to host the finals prior to being replaced by the North African nation in January. So where these finals could have been affected by the wet and humid weather often found at this time of year in equatorial countries, instead it is the increased temperatures of Egypt that have become a hot topic.

When Mo Salah and co beat DR Congo in the group stages, the temperature shortly before kick-off was still nearly 32 degrees even though the game kicked off at 10pm.

“If we could play in lower temperatures, that could be good but we are in Africa – we must never forget that,” said Congolese coach Florent Ibenge.

Meanwhile, Mark Fish, who won the 1996 Nations Cup on the pitch but who is now a member of South Africa’s delegation, is simply grateful that his playing days are behind him. “I’m just fortunate I’m sitting on the bench, not playing.”