•Obiri, who is also the World Cross Country champion, clocked 31:43.0 to win the race ahead of Jepkosgei

•Obiri to compete in the 1,500m at the national trials she already has a ticket for the World Championship 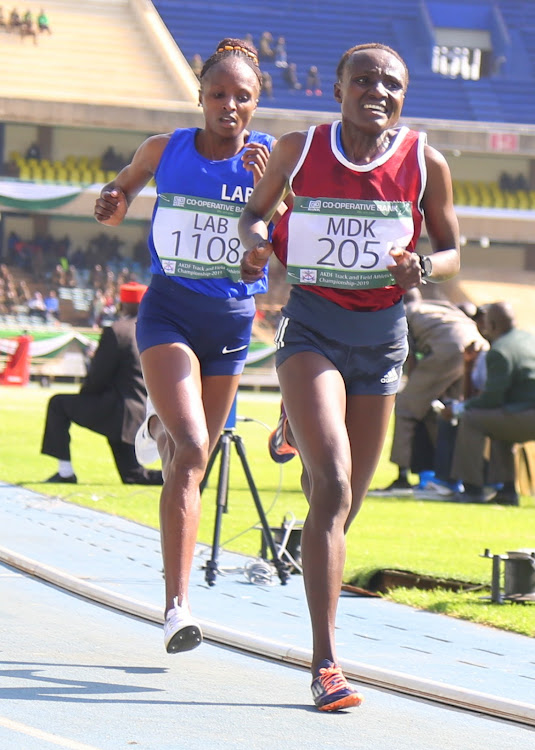 The battle in the 25-lap race was left between Obiri and Jepkosgei at the tail end with the latter breathing down the former’s neck all through the race. However, Obiri produced a stunning acceleration in the final 300m to peel away from Jepkosgei.

Obiri’s win was despite the fact that she had just arrived on Wednesday from the Prefontaine Classic competition, where she finished sixth in 3,000m and had little time to recover.

She, however, noted that experience played a crucial role in her victory. She said: “My experience was the distinguishing factor that gave me an upper hand. I was courageous to overcome a stern test from Jepkosgei.”

She said she ran the 10,000m in order to improve her endurance as she prepares to defend her 5,000m title in Doha in September.

“I was a bit tired having arrived from Eugene on Wednesday but that didn’t bother me at all. I am the world 5,000m champion and I am ready to defend my title in Doha. Probably, I will compete in the 1,500m at the national trials because I already have a ticket for the World Championship,” she added.

She said judging from the way Jepkosgei had run, she expects her to dominate the 10,000m race during trials.

“Joyceline is going to pose a big threat during trials considering how tight she kept me on toes until the last lap. Woo unto those who will run against her at the trials,” noted Obiri. Jepkosgei won the 5,000m during the opening day of the KDF event on Tuesday.