Stars return back home quietly without the coach

• A source within the Football Kenya Federation  (FKF) disclosed that the Migne returned home for his holiday.

• Captain Musa Mohammed has unreservedly apologised to the fans following his defensive blunder against Senegal which brewed the third goal in the final group match. 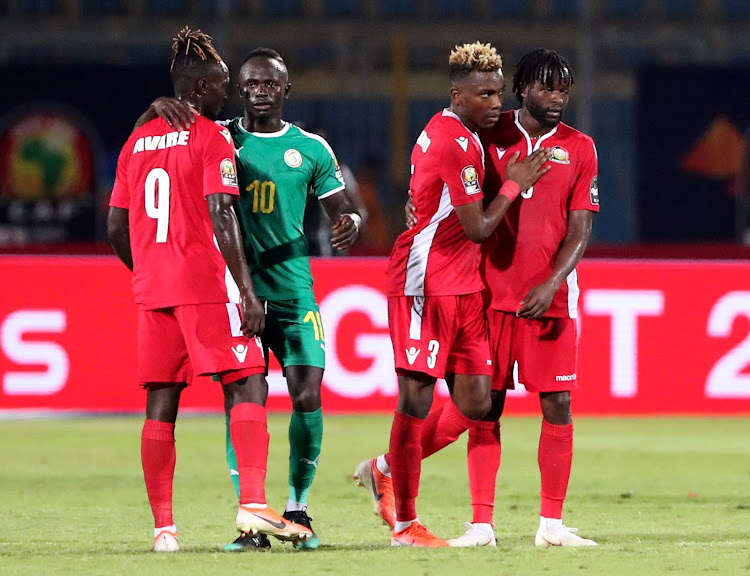 Harambee Stars jetted back into the country yesterday morning from Egypt without coach Sebastien Migne who returned to his mother country France.

A sizeable contingent of Stars players touched down at the Jomo Kenyatta International Airport in the morning but it was the absence of the man who promised to bear the responsibility of the team’s performance that drew the attention of the fans.

A source within the Football Kenya Federation  (FKF) disclosed that the Migne returned home for his holiday and is expected in the country before July 20. Several foreign-based players among them Michael Olunga, Ayub Timbe, Johanna Omollo and Joseph Okumu returned to their respective bases in Europe. Also missing from the team were goalkeeper trainer Guillame Coffy and Osteopath Ludovic Breul who also headed to France. However, assistant coach Nicolas Bouriquett jetted back with the team.

“I can confirm the coach did not come back as he proceeded to France for his holiday but he is expected back before July 20th. His assistant Bouriquett returned with the team but the rest of the backroom staff left for France. Several European-based players like Timbe, Olunga, Omollo and Okumu opted for their clubs direct from Egypt.”

Meanwhile, assistant captain Musa Mohammed has unreservedly apologised to the fans following his defensive blunder against Senegal which brewed the third goal in the final group match. Musa, who was the last man, admitted being at fault for the goal which Liverpool’s ace Sadio Mane outwitted him and slotted home.

“I apologise to the fans for the blunder I committed against Senegal and for the results we posted as a team. We did not perform well in the first match but did well in the second one before being outclassed in the final one. Nonetheless, it was a good learning experience as the level was different.”

His sentiments were echoed by utility player Erick “Marcelo” Ouma who asserted that with the sound investment the country can punch above its weight.

“We will look to rectify the mistakes we made before our next assignments. It was a good experience and I believe with proper investment, we have we can get to the next level.”

“We had our stakes high but injuries curtailed our dream. Personally, I wanted the team to reach the semi-finals but things started to change after we hit camp.”