Kenyans living in Egypt optimistic of Stars' chances at Afcon

• I am expecting a lot from the team and I am glad that they have reached this far after a long time — Mwangi.

• Stars, who return to continental football after 15 years are placed in Group C alongside Senegal, Algeria and Tanzania. 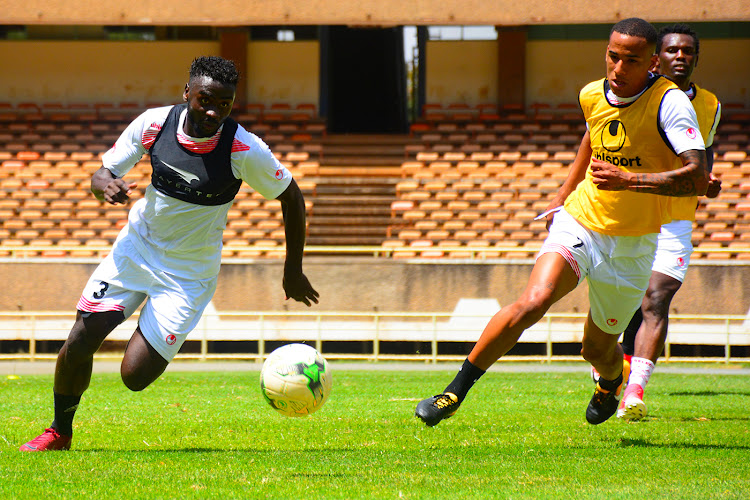 Kenyans living in Egypt have exuded confidence that Harambee Stars that will punch above their weights when they begin their Africa Cup of Nations campaign tomorrow against Algeria.

Stars, who return to continental football after 15 years are placed in Group C alongside Senegal, Algeria and Tanzania. The team is expected to enjoy support from Kenyans living in Egypt and ahead of the finals, their presence is set to motivate the unit in seeking a ticket to the second round for the first time ever.

Caroline Mwangi habours a lot of expectations. Mwangi, who hails from Eastleigh (Madiwa), works at a telecommunication company known as Teleperformance Egypt, which specialises in customer service support to Swahili-speaking countries. She admits knowing skipper Victor Wanyama, whose club — Tottenham Hotspur — she supports.

“I am expecting a lot from the team and I am glad that they have reached this far after a long time,” said Mwangi.

Ramadhan Abdullahi Salam from Kibra Nairobi is another fan who can’t wait for Stars to descend to the pitch. Salam, who works for Egyptian Radio and TV Union as an announcer, editor and translator in the Swahili department, banks on Wanyama to inspire the team to reap positive results.

“Wanyama is well recognised here in Egypt since people follow English Premier League keenly due to the presence of Mohamed Salah at Liverpool,” said Salam, the chairman of the Kenyan community in Cairo.

He reckons that the team has the capacity to reach the second round despite being in a tough group.“The team is in a rather difficult group but there is hope that we can reach the second stage, even if it means being among the best third-placed teams. Our opening game is going to make a lot of difference since it will give them confidence. We are here to support them just as we welcomed them when they reached Cairo.”

Sophia Omwua Obonde, who works in a sports gym is, however, foreseeing a tough tournament for Kenya. Obonde, who hails from Uyoma Katwenga and is a great fan of Michael Olunga, doesn’t expect much from the team now that this marks a return to the tournament after a lengthy spell. She believes it might even get tougher because of the food and the hot weather. “But all in all, I wish the team the best of luck,” she concludes.”