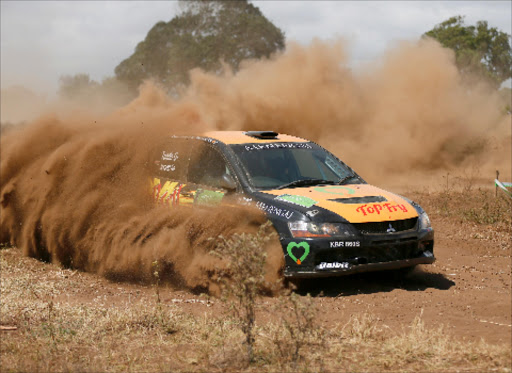 United Kingdom’s John Lloyd has joined the growing list of foreigners entered for Safari Rally Kenya 2019 slated for next month.

The event will count towards the third round of FIA African Rally Championship (ARC) after Rallye Bandama of Ivory Coast, York Rally of South Africa (formerly Sasol Rally) and this weekend’s Gomes Zambia International Motor Rally. It will also run as a candidate rally for the World Rally Championship (WRC) with the noble objective to return to the global stage next year.

Lloyd is no stranger to the Safari and Kenya National Rally Championship having already featured in several events. He has also participated in several East Africa Safari Classics in his Ford Escort. He will reunite with Adrian Cavanagh in a Ford Escort Mk2 classic.

Lloyd’s entry makes the list of 21 drivers enlisted for Safari by close of business on Tuesday, according to the WRC Safari Rally Project CEO Phineas Kimathi.

“We expect a bumper entry by the time the entries for the iconic event close on June 19,” said Kimathi. Zambia Rally ace Leroy Gomes navigated by Urshlla will be contesting for ARC points in a Ford Fiesta R5 alongside Africa champion Manvir Baryan of Kenya who is yet to hand in his entry.

Three-time Uganda Rally champion Ronald Ssebuguzi is also back. He will partner with Leon Ssenyange in an Evolution 10. Defending champion Carl Tundo, who makes his Zambia ARC Rally debut this weekend, is expected to field the Menengai-sponsored Mitsubishi Lancer EVO X navigated by Tim Jessop.

He will be joined by team-mate Onkar Rai who will be navigated by Gareth Dawe in a Skoda Fabia R5. Kimathi said competitors coming from Africa will have to report to customs on their arrival in Kenya.

Kasarani Stadium will play host to the first competitive stage of the event. A specially created Super Special Stage of 4.3 km within the vicinity of the stadium and the starting ramp will curtain raise the Safari Rally 2019.

Cars then proceed to SS2 Gatamaiyo Stage before heading to Naivasha for Service and the first overnight Parc Ferme at the Naivasha Sopa. The second and third days will see the crew test their skills and cars around Naivasha and Gilgil areas.