Serie A coaching merry-go-round set to grind into action

The club have not confirmed reports and there is unlikely to be any official comment until Gattuso gives media conference.

• Gazzetta dello Sport and other media have reported that Gattuso will leave Milan at the end of the season, regardless of the outcome their remaining four games. 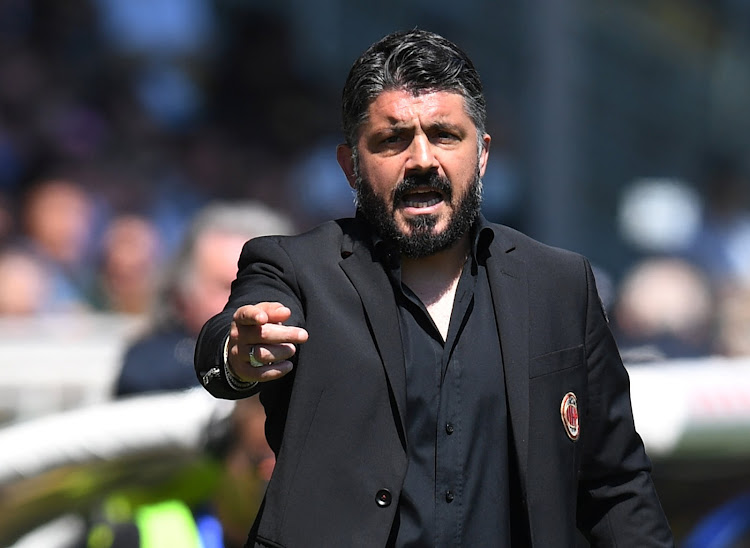 With Gennaro Gattuso floundering at AC Milan and Antonio Conte reportedly intent on homecoming, the Serie A merry-go-round is about to grind into action with several moves expected in the next few weeks.

There have been a surprisingly modest 12 hirings and firings this term, partly because the supply of coaches is limited by a rule that prevents them working at more than one Serie A club during a single season. But the clubs appear set to make up for lost time once the campaign is over.

Gazzetta dello Sport and other media have reported that Gattuso will leave Milan at the end of the season, regardless of the outcome their remaining four games, and they are already speculating on the replacement.

The club have not confirmed the reports and there is unlikely to be any official comment until Gattuso gives a media conference on the eve of Monday’s Bologna match.

Milan are in danger of missing out on the top four finish they need to qualify for next season’s Champions League — their stated aim for this campaign — after losing 2-0 at direct rivals Torino on Sunday.

That left them seventh, three points behind fourth-placed Atalanta with AS Roma and Torino also in their way.

The 41-year-old Gattuso, a fiery, combative midfielder in his playing days, said this week he was finding it hard to adjust to modern dressing-room culture.

Remembering his playing days, he said: “On my first day at the training ground, I shaved and left two hairs in the wash-basin — and I was slapped twice on the head by (teammate Alessandro) Costacurta. I quickly understood the mentality. There was respect for the rules.”

“Today, you have to take care about what you say to the lads. If you get it wrong, they start complaining and looking for excuses.”

According to Gazzetta, there are two separate lists of possible replacements. One, in case Milan make the Champions League, includes Chelsea’s Maurizio Sarri, AS Monaco’s Leonardo Jardim and former Italy boss Conte, who was sacked by Chelsea last year.

The other, if they miss out, features Eusebio Di Francesco, fired by AS Roma in March, and Atlanta’s Gian Piero Gasperini. Conte is also being linked with Roma, who Claudio Ranieri will leave after being given the role on an interim basis.